Adding some crisp goodness to a "mess o'greens," inspired by Mario Batali and Br'er Rabbit 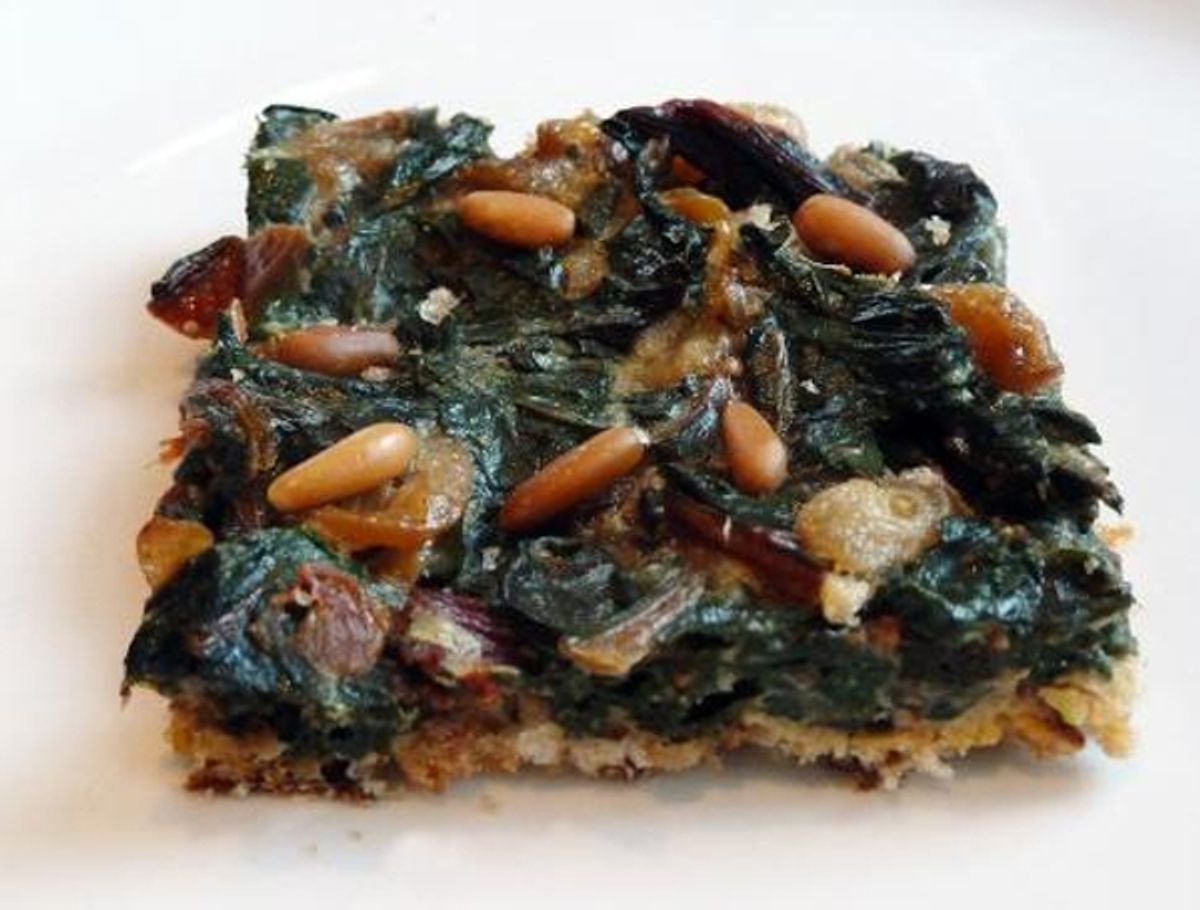 Remember Br'er Rabbit? He was always running off into the briar patch or someone's garden and getting in or out of trouble. Here's a little bit from the famous Uncle Remus stories:

"One time, after Brer Rabbit done bin trompin' 'roun' huntin' up some sallid fer ter make out his dinner wid, he fine hisse'f in de neighborhoods er Mr. Man's house ... he hop in, he did, en got 'im a mess 'o greens."

Now picture my elegant Southern grandmother reading this aloud to her Yankee granddaughter in a house reminiscent of Tara from "Gone With the Wind." Not only did I not understand a word she was saying, I was ready to go to battle the Confederate army all over again. Even though I knew the trickster character originated in Africa and Br'er Rabbit usually outwitted the white man, the stories both baffled and disturbed me.

Nowadays, the Uncle Remus stories are so outdated as to seem harmless. Plus, I find any image of a garden packed with a "mess 'o greens" to be charming. Swiss chard is one of the first things I plant in the spring, and one of the last I plant again in the fall. Like the kale and cabbage I also grow, it is hardy enough to weather a bit of chill. And when it does succumb to the frost, the pretty red and yellow stems maintain their color and add cheer to the drab backyard.

My grandmother often served us chard and collard greens together. They were thrown in a pot with a little fatback and stewed for hours until they were soft and almost pudding-like. We'd sprinkle them with vinegar and eat them with a side of spoonbread.

These days, we know that the best way to retain the vitamins of these superfoods is to steam them for only a few minutes. A true Southerner might say that they are still a little tough this way, but I've grown to like a little chew in my "mess o' greens." Sometimes I'll just rinse off a bunch of any kind of leafy greens and throw it in a big pot with a dash of olive oil, a sprinkle of kosher salt and a clove of slivered garlic. Sauté briefly, sprinkle with lemon juice and I'm done. But taking the extra step to blanch them first in boiling salted water and shock them in an ice bath makes them much more versatile.

Blanching and shocking is a neat chef's trick that allows you to keep both the nutritional content of greens and their bright color. It also allows you to easily use them as a base for other ingredients.

The following Swiss chard tart is loosely based on Mario Batali's Pasticcio di Bietole al Forno. The main thing I’ve done differently is to reduce the cooking time of the chard. This isn't a throwdown with the maestro. I just wanted the tart to have a little more texture. I also added a few pignoli nuts because I had some on hand and I like their creamy, toasted flavor. The most unusual thing about the tart is that Batali doesn't use a traditional pâté brisée as a crust, but places bread crumbs on the bottom of the pan instead.