Here's another way to get your vitamins: Sweat them with herbs and chile, then zap them with creamy coconut milk 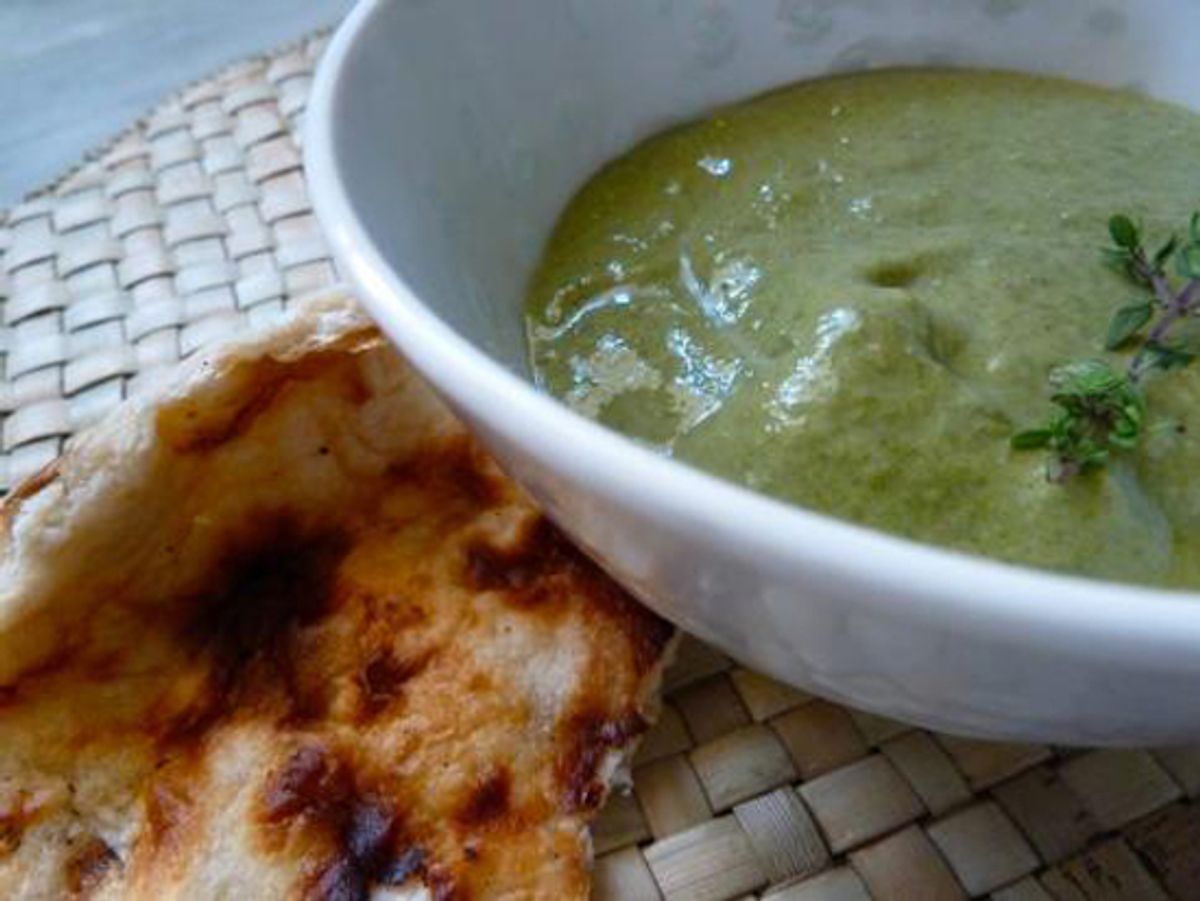 If ever there were a human definition of dynamo, it is my friend Alan. He appears on a lark, and disappears just as quickly. But in the precious moments that he is with you, Alan makes an impression.

He is making his living these days as an actor and independent filmmaker in New York, but my husband knows Alan from their less glamourous high school days in Trinidad. Both of that rare breed of Trinidadian Chinese, they were destined to know each other. Like all Trinidadians, Alan loves food. He is also an excellent cook, coming from a family that owns a Chinese restaurant and grocery in Trinidad.

On one of those last-minute, fleeting trips Alan made to visit us in San Francisco, he whipped up some callaloo. Those of you from the West Indies may salivate at the thought of this green vegetable stew, which is hard to describe to outsiders. It's the kind of dish that you eat when your granny makes it for you, but for many young people, it seems like too much work. But it is a taste of home, and worth the effort. Alan, creative and infinitely resourceful, was able to find all the ingredients he needed at, of all places, our local Chinese grocery. The central ingredient is taro leaves, also called dasheen, massive jungly appearing yet surprisingly delicate greens.

"Bhaji," the local word for spinach, is also sometimes used. The leafy greens are cooked with okra, coconut milk, peppers and a secret blend of spices, and sometimes salt pork and/or crab, to make a stew both creamy and spicy, comforting and complex. I am making it sound easy, and Alan made it look so. I know that Alan, who normally zips around at lightning speed, enters almost a meditative state when cooking. He spent hours picking through the Dungeness crab legs he bought for his luxurious and much appreciated version of this classic dish, which has humbler origins among Trinidad's African slaves.

Callaloo is part of what is known as "Creole food" in Trinidad, among other foods served by the descendants of those African slaves, including macaroni pie and pelau (rice with pigeon peas). It's eaten alongside these other foods, served with rice.

Callaloo, despite its humble origins, is as smooth as a French bisque. True callaloo uses taro leaves, which are carried by many Asian markets. If unavailable, whole leaf spinach makes a good substitute. The salt pork and crab add depth of flavor but can be omitted to make a vegan version of this stew.