New tracking technology knows when, where your eyes look

The prototype tracks vision, turning eyesight into an interactive element in PC use 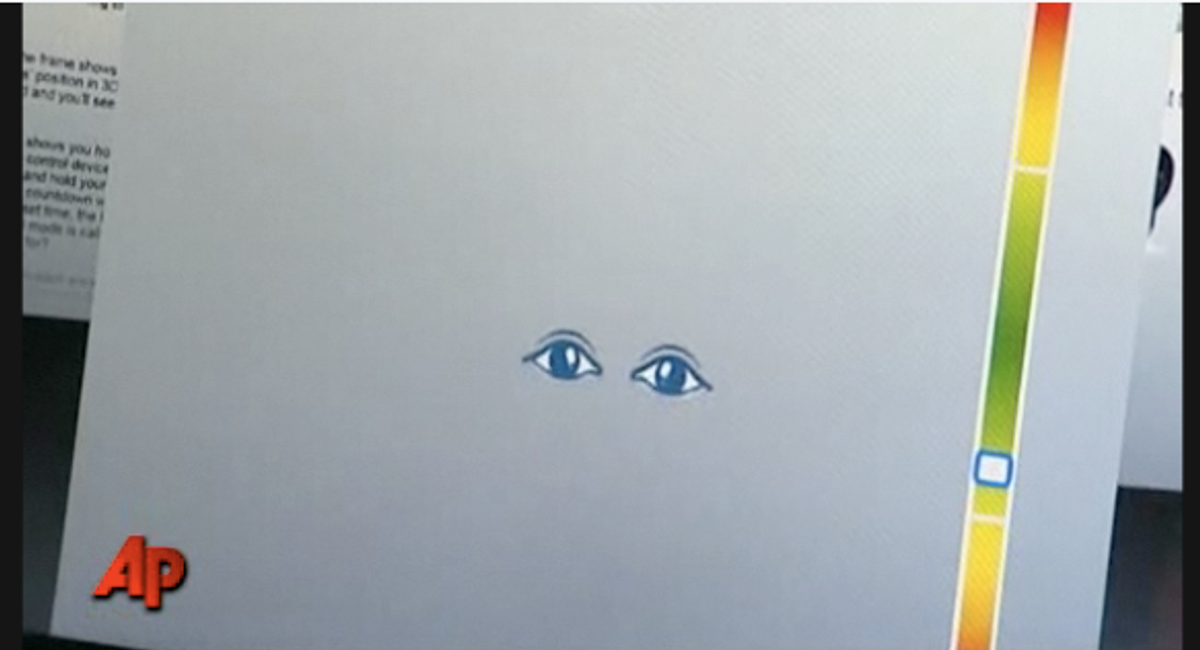 Ever wish your eyes were lasers? A laptop prototype brings that wish closer to reality.

It tracks your gaze and figures out where you're looking on the screen. That means, among other things, that you can play a game where you burn up incoming asteroids with a laser that hits where you look.

In another demonstration this week, the computer scrolled a text on the screen in response to eye movements, sensing when the reader reached the end of the visible text.

In the future, a laptop like this could make the mouse cursor appear where you're looking, or make a game character maintain eye contact with you, according to Tobii Technology Inc., the Swedish firm that's behind the tracking technology.

The eye tracker works by shining two invisible infrared lights at you. Two hidden cameras then look for the "glints" off your eyeballs and reflections from each retina. It needs to be calibrated for each person. It works for people with or without eyeglasses.

Rather than a replacement for the traditional mouse and keyboard or the newer touch screen, the eye-tracking could be a complement, making a computer faster and more efficient to use, said Barbara Barclay, general manager of Tobii's Analysis Solutions business.

Tobii has been making eye-tracking devices for researchers and the disabled for nearly a decade. The laptop is its way of showing that eye-tracking could expand beyond those niches, Barclay said, calling it an "idea generator."

The laptop is made by Lenovo Corp., and incorporates Tobii's eye-tracking cameras in a "hump" on the cover, making the entire package about twice as thick as a regular laptop. But future, commercial versions can be slimmer and are perhaps two years away, Barclay said.

Lenovo and Tobii made 20 of the laptops and planned to demonstrate them at the CeBIT technology trade show in Hanover, Germany, on Tuesday.

Tobii's current, standalone eye-trackers cost tens of thousands of dollars, but Barclay said the cost of adding consumer-level eye-tracking to a commercial laptop could be much less.

New ways to use computers have been proliferating in recent years. Touch screens are becoming popular on smart phones and tablet computers such as the iPad. Nintendo Corp.'s Wii game console brought motion-sensing technology to the masses. Microsoft Corp. released an accessory for its Xbox games console last year that uses an infrared camera to sense the movement of bodies in three dimensions.