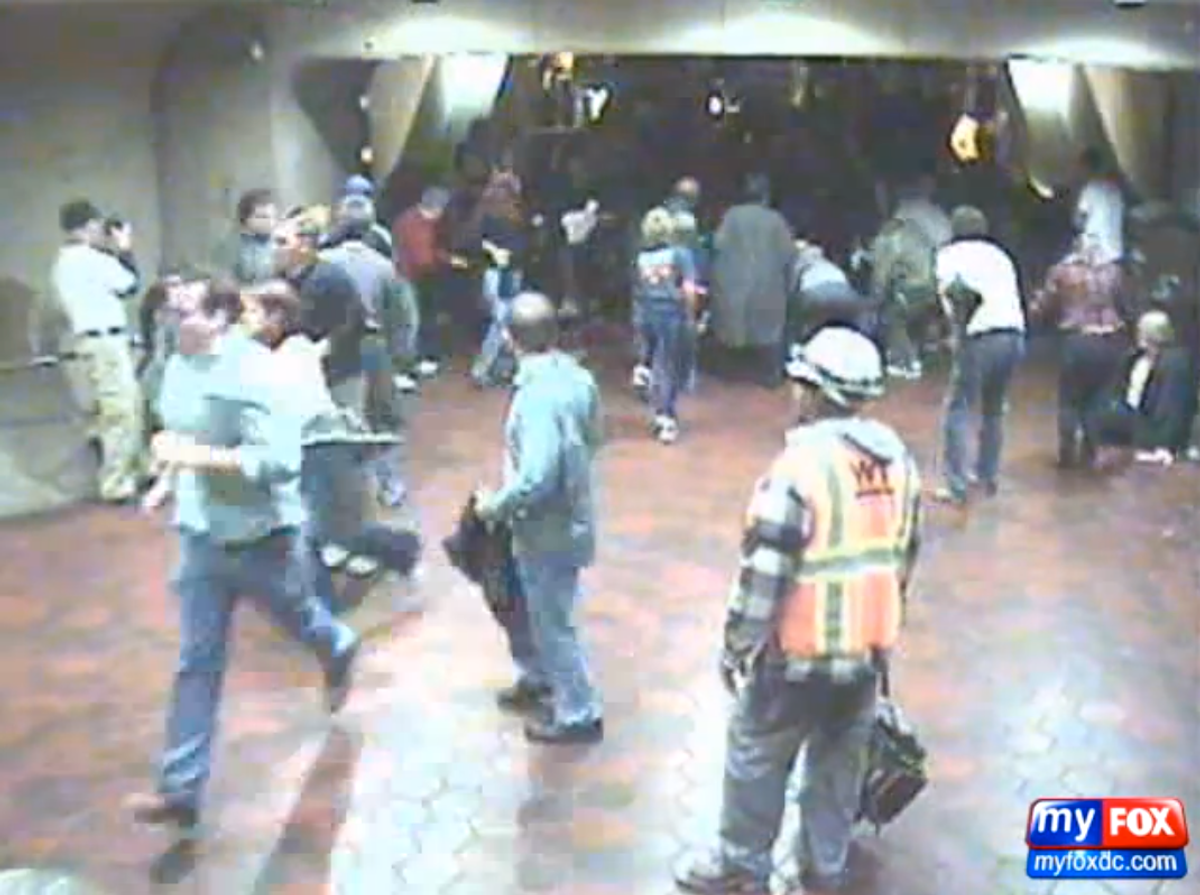 Riders scramble to get out of the way of the oncoming stampede.
--

Washington, D.C., struggled to hold the 200-plus thousand people that descended on the city for the Rally to Restore Fear/Sanity last October, hosted by Jon Stewart and Stephen Colbert. The DC Metro escalators also struggled to deal with the crowds.

The video below shows closed-circuit television footage of an accident that left a pile of rally-goers bloodied at the bottom of the escalator. Due to an emergency shutdown, brake failure and too much weight, the escalator at the L'Enfant Plaza accelerated causing a horrifying pileup at the bottom.

The case incident after the Oct. 31 rally received some press attention but largely seemed a fluke as the Metro experienced a record-high volume of 850,000 riders that day. According to the Associated Press, escalator failures are increasingly common on the DC Metro. Just yesterday, the escalator at Dupont Circle caused riders to fall forward after it jolted unexpectedly to a stop.