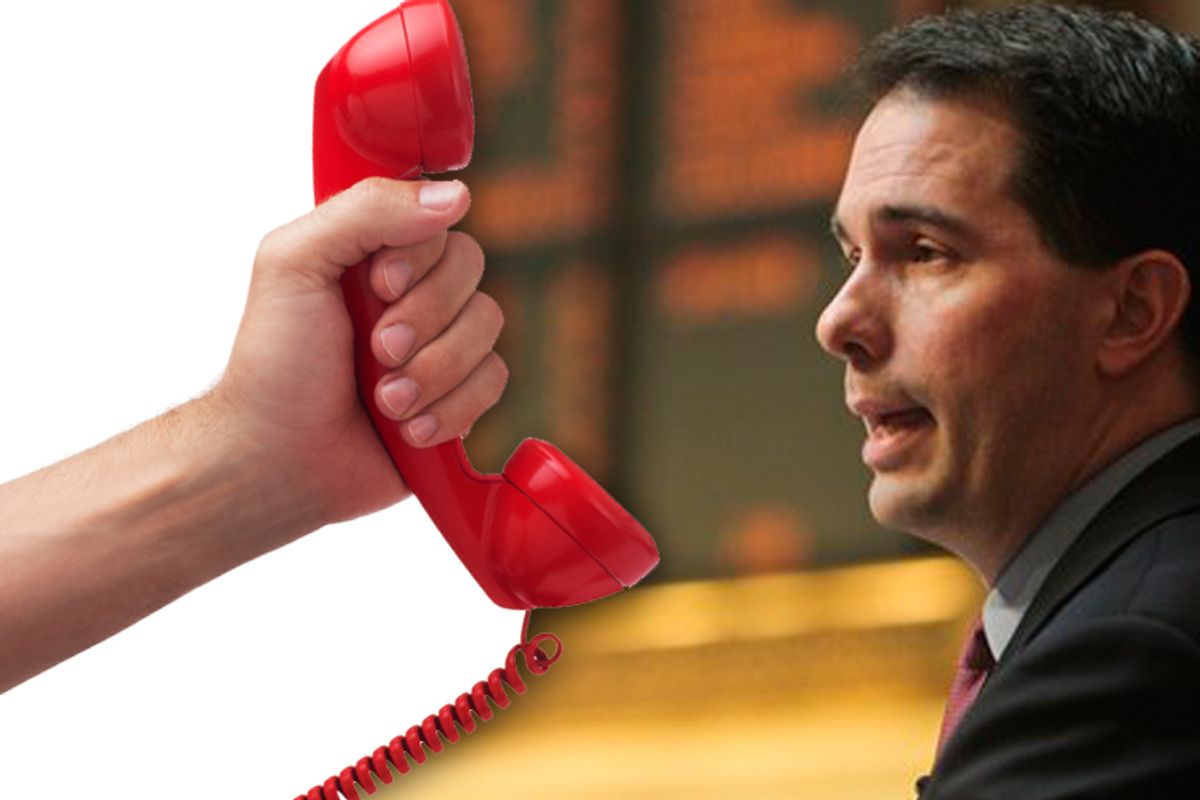 In the wake of the prank-calling of Gov. Scott Walker by a journalist posing as conservative billionaire David Koch, a pair of Republicans in the Wisconsin legislature have proposed a bill that would actually make prank calls illegal.

That was the call in which Walker joked about "stereotypical blue-caller workers," revealed that he had considered planting troublemakers among the pro-labor protesters in Wisconsin, and generally buddied up to the eccentric (and fake) version of Koch that was on the line.

The Badger Herald reports on the details of the bill (note the strange nod in the first line to "legitimate uses" of spoofing):

“While use of spoofing is said to have some legitimate uses, it can also be used to frighten, harass and potentially defraud,” Lazich and Honadel said in an e-mail to legislators.

The bill language forbids a caller from intentionally providing a false phone number and convincing the person receiving the call that it comes from someone other than the actual caller.

I reached out to Ian Murphy, the Buffalo Beast editor behind the Walker prank call, for a reaction to all this. Said Murphy:

"This bill is a cowardly response to my prank on Walker, and that they deny this demonstrates, once again, the level of dishonesty to which Wisconsin's Republicans will stoop."