Several Fox contributors are mulling White House runs. Now two of them will be off the air 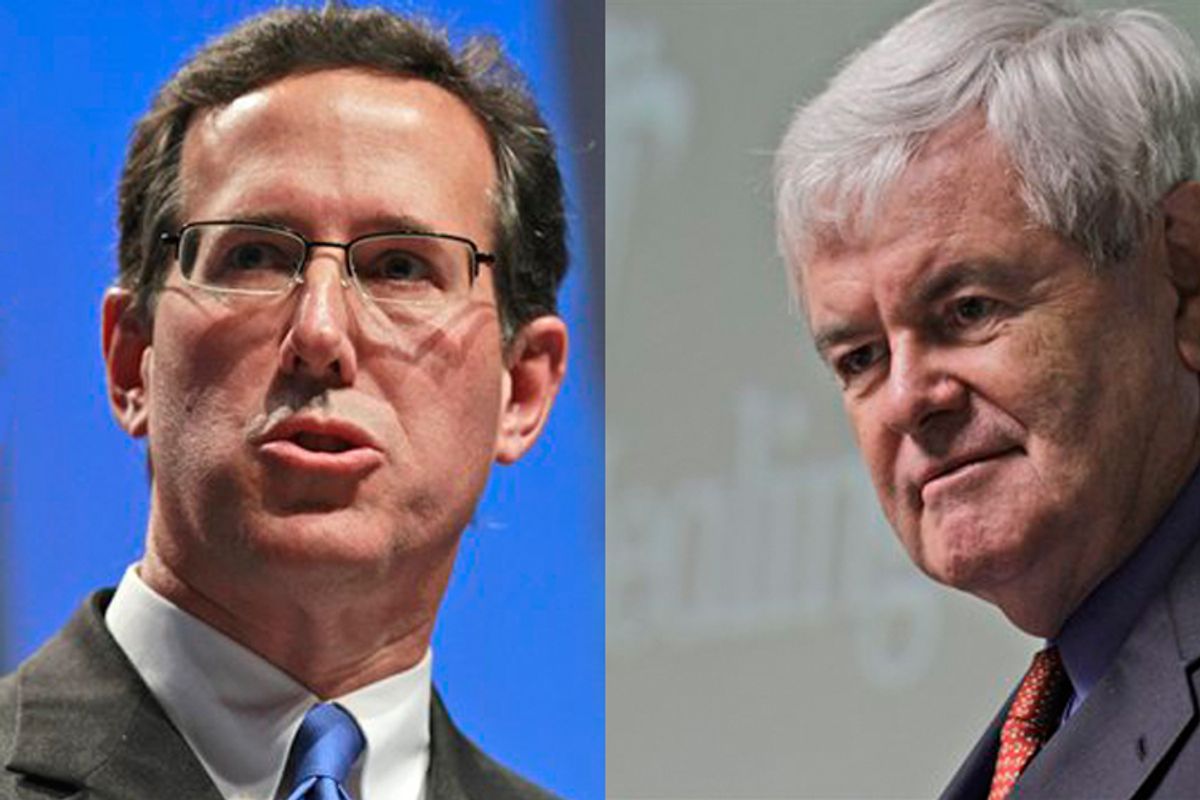 Fox News has suspended its contracts with Newt Gingrich and Rick Santorum, both of whom seem to be edging closer to waging full-fledged presidential campaigns. Both have appeared often on various Fox programs. Anchor Bret Baier announced the decision on-air today:

Effective today, March 2nd, Fox News has suspended its contributor arrangements with former House Speaker Newt Gingrich and former Pennsylvania Senator Rick Santorum, both of whom have signaled possible runs for the president. The suspension is effective for 60 days, then on May 1st their contracts will be terminated unless they notify Fox that they are not running for president.

Sarah Palin and Mike Huckabee, both of whom are also paid Fox contributors, have not been suspended, even though they are mulling 2012 campaigns of their own. Huckabee has his own show on the network.