The scandal no one talks about: Income inequality

And a novel solution from Stephen Colbert: "Let the rich start their own country" 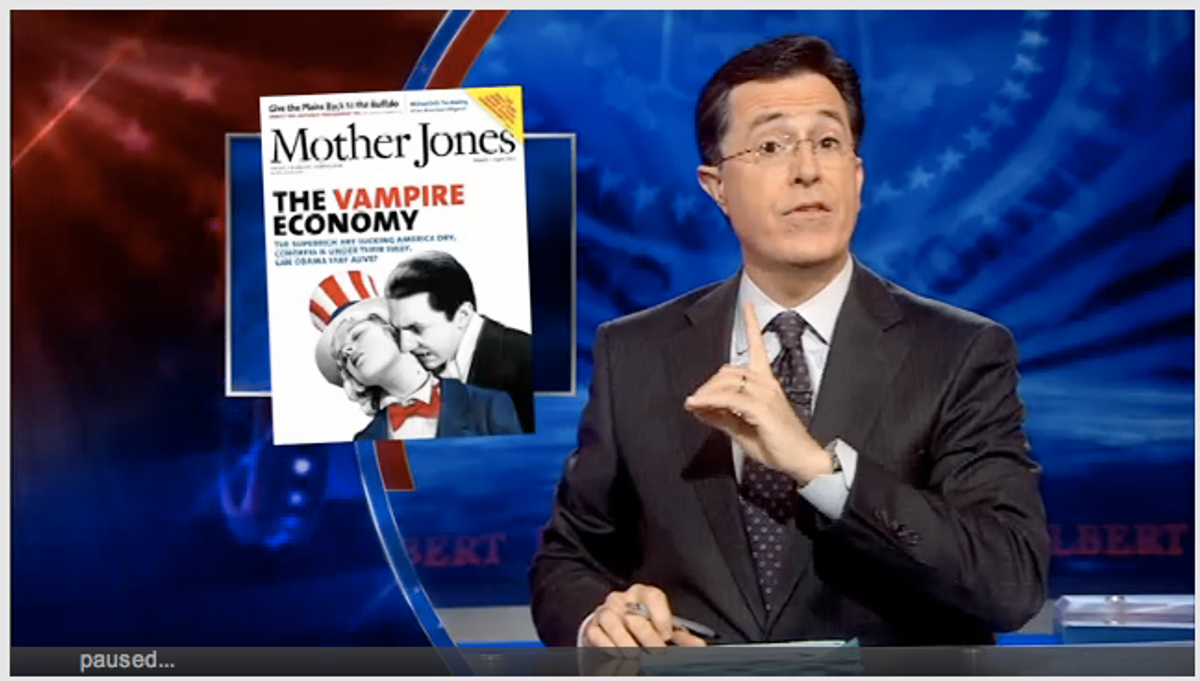 The March/April issue of Mother Jones magazine has a fascinating account of the growing income gap and staggering economic inequality in America. Bolstered by a selection of illuminating infographics, MJ writer Kevin Drum paints a bleak picture of opportunity in the U.S.:

Income inequality has grown dramatically since the mid-'70s—far more in the US than in most advanced countries—and the gap is only partly related to college grads outperforming high-school grads. Rather, the bulk of our growing inequality has been a product of skyrocketing incomes among the richest 1 percent and—even more dramatically—among the top 0.1 percent. It has, in other words, been CEOs and Wall Street traders at the very tippy-top who are hoovering up vast sums of money from everyone, even those who by ordinary standards are pretty well off.

Some figures to consider: The bottom 80 percent of American households have lost ground in share of income since 1979. The top one percent, meanwhile, has seen its slice of the pie increase more than 120 percent. What these shifts translate to is this: The top 10 percent of Americans earn nearly three-quarters of all income in the country, leaving the poor with whatever is left. Stephen Colbert views this as the beginnings of a major problem, because disparity leads to revolution. The solution: All the rich people should start their own country.