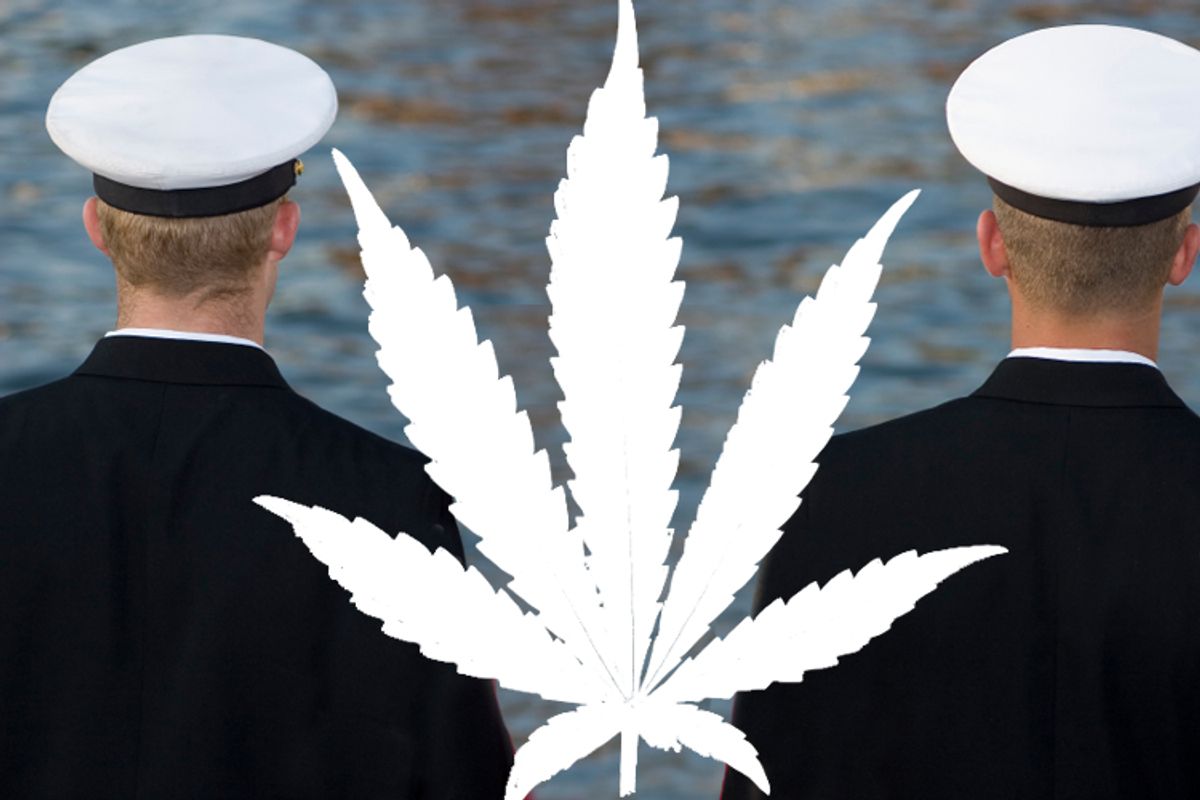 A large number of individuals enrolled in U.S. Naval Academy are smoking synthetic marijuana, according to a Washington Post report. The substance -- a combination of herbal products sprayed with chemicals to induce a mood-altering affect -- does not turn up in routine drug tests, which accounts for its popularity among service members. The Naval Academy recently launched an investigation into the use of the drug and has already expelled eight midshipmen implicated in the drug use.

According to a statement from Vice Admiral Michael H. Miller, who serves as superintendent of the Naval Academy:

The Naval Academy continues to actively investigate suspected illicit drug use. [The Academy] has been and will continue to be transparent in disclosing the results of this ongoing investigation. If and when there is sufficient evidence and testimony of alleged drug use by additional midshipmen, they will be processed for separation [expulsion].


Read more about the drug use controversy at the Washington Post