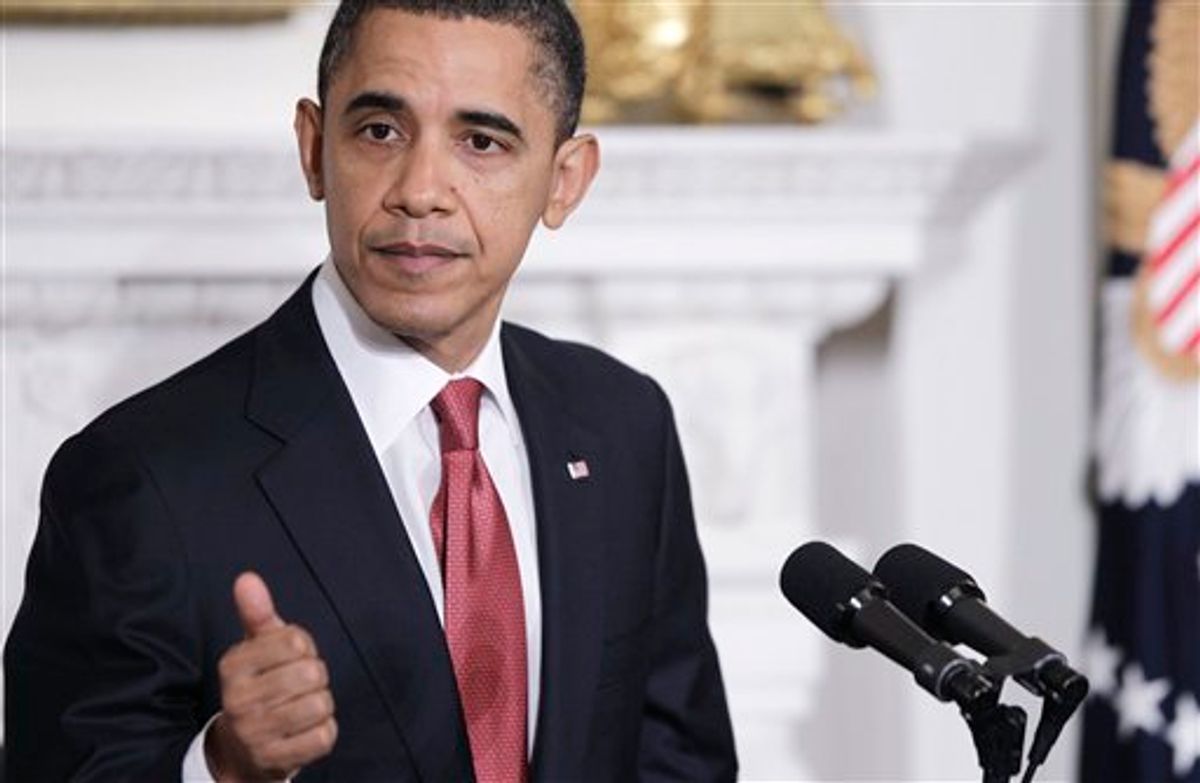 Georgia is the latest state to propose legislation that questions whether President Barack Obama was born in the U.S., joining 10 other states who have measures that want more proof before his name is put on the 2012 ballot.

Even though Hawaii officials have repeatedly confirmed Obama's citizenship, his birth certificate has been made public and courts have rebuffed challenges, the so-called "birther" issue hasn't gone away.

Georgia Rep. Mark Hatfield, a Republican, said he still doesn't know if Obama is eligible to serve as president, and 92 of his GOP colleagues and one Democrat support the bill introduced Monday.

"Most people feel it's an issue to a significant enough portion of our population that it needs to be addressed by the state," Hatfield said. "It is, in a sense, a response to ... the sitting president and his inability or unwillingness to release his original birth certificate."

So-called "birthers" have contended since 2008 that Obama is ineligible to be president. They argue he was actually born in Kenya, his father's homeland. They have also not been satisfied with the "Certification of Live Birth" Obama has released, which is a digital document.

"It could be that this individual really does doubt that Barack Obama was born in this country, despite evidence to the contrary," he said. "There are also people who think we have never sent astronauts to the moon. Or, the legislator may not have any real qualms, but figures this may play very well with his constituency in the district back home."

A handful of states, including Georgia, have proposed similar bills since Obama was elected, but five more states joined them during the current legislative session.

"This attention to the citizenship of presidential candidates is a fairly new issue that I'm seeing more of this year," said Jennie Bowser of the National Conference of State Legislatures.

In Georgia, state Rep. Calvin Smyre, an Obama supporter and former president of the National Black Caucus of State Legislators, was exasperated.

"I thought we had gotten that behind us as a nation. I think that's a step in the wrong direction," Smyre said.

A Georgia House committee was expected to take up the proposal this week, and there's already enough support to pass that body. The Senate's approval is less clear.

"It is unfortunate that some people continue to fight the Civil War," said Senate Minority Leader Brown. "We should learn from history that this kind of behavior is bad for business. It's bad for the image of the state and at the end of the day, it doesn't accomplish anything."

The 10 other states with pending bills include: Arizona, Missouri, Nebraska, Oklahoma, Texas, Connecticut, Indiana, Nebraska, Tennessee and Maine. The measure has failed this year in Montana.