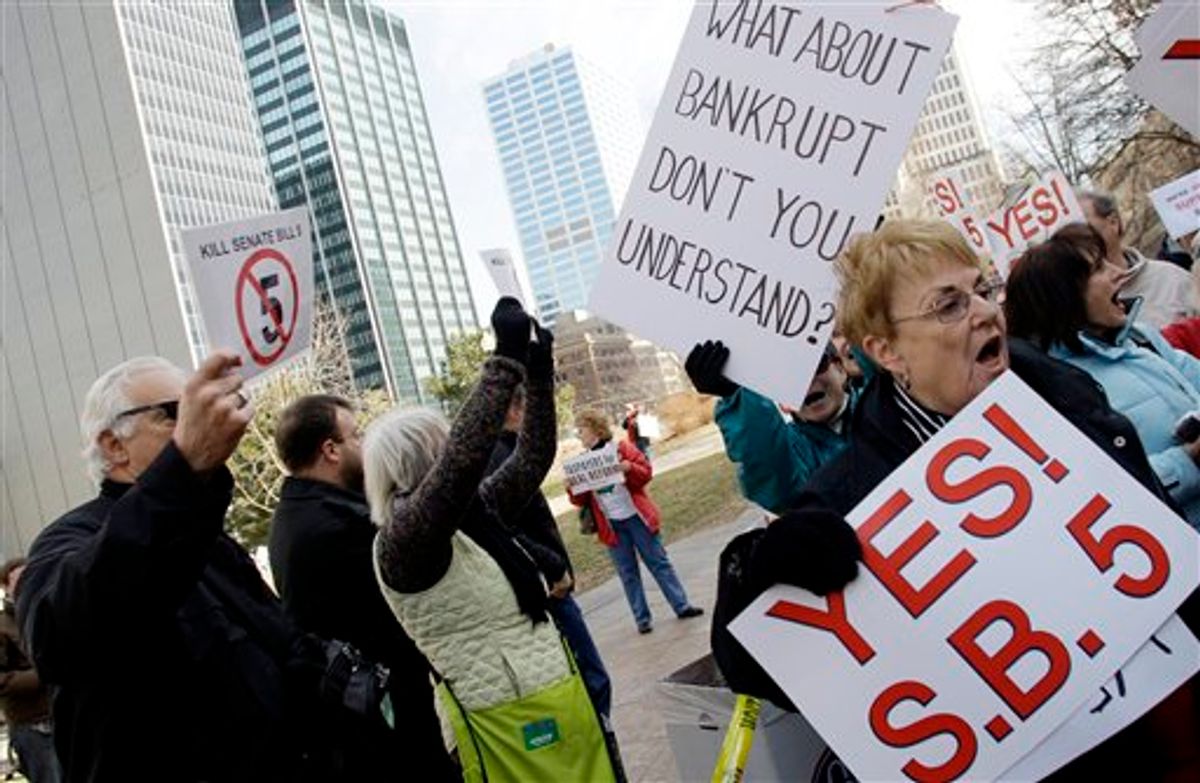 Both supporters and opponents of Senate Bill 5 demonstrate outside the Ohio Statehouse Wednesday, March 2, 2011, in Columbus, Ohio. The vote for Senate Bill 5 is scheduled for later today and, if passed, would strip public employees of collective bargaining rights. (AP Photo/Jay LaPrete) (AP)
--

The Republican-controlled Ohio Senate has passed a measure that would restrict the collective bargaining rights of roughly 350,000 teachers, university professors, firefighters, police officers and other public employees.

Senators passed the legislation on a 17-16 vote Wednesday, with all 'yes' votes coming from the GOP. Six Republicans voted against the bill.

The bill establishes fines and jail time for those who participate in strikes. Unionized workers could negotiate wages, hours and certain work conditions -- but not health care, sick time or pension benefits.

The measure now goes to the state House, where the GOP holds a 59-40 majority.

Republican Gov. John Kasich has said he supports the effort.