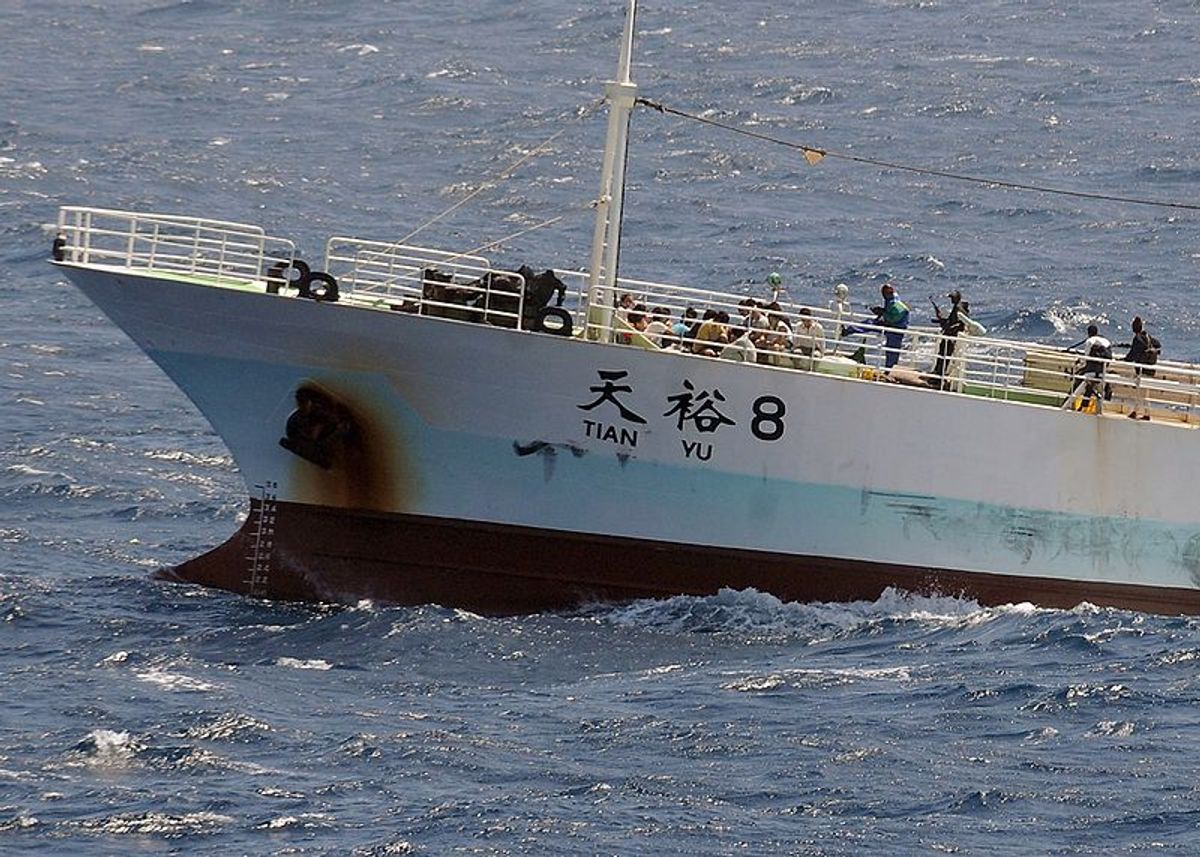 A Danish family kidnapped by pirates has reached the shore of Somalia, officials and a pirate said Wednesday, likely meaning a long hostage ordeal for the couple and their three teenage children who were abducted while yachting around the world.

A Somali pirate had warned that if any attempt was made to rescue them, they would meet the same fate as the four American yachters slain by their pirate captors last week. Any chance of a quick rescue seemed to disappear Wednesday.

The sailboat being piloted by Jan Quist Johansen, his wife and their three children, ages 12 to 16, anchored near the coastal village of Hafun late Tuesday, said Yusuf Abdullahi Sanyare, the commissioner of Hafun, which lies on Somalia's northern tip.

Abdiaziz Mohamud Yusuf, the spokesman for a community group called the Puntland Peacemakers, told The Associated Press that the family has been taken on land.

However, a Somali pirate who gave his name as Muse Abdi said the family was transferred to another, larger pirated ship.

"They are safe. They were just transferred from the boat to the big ship," said Abdi, who has provided reliable information in the past. "They have been added to other nationals in another ship to avoid any possible attack."

The Johansen family was aware of the pirate threat in the waters off East Africa, but believed that warships patrolling the waters would protect them, according to entries on their travel blog.

Maritime experts said the Johansens had foolishly placed themselves in grave danger off Somalia's lawless coast despite warnings from naval forces struggling to police the area against pirates.

Yusuf, who said he has been contacted by a Danish official in Nairobi, said pirates moved the hostages from the sailboat because of a rumor that a warship was heading to the scene. Yusuf's group has been involved in anti-piracy campaigns.

"We are ready to play our role in the safe release of the innocent family," he said. "We strongly condemn the hijacking of ships and innocent people off Somali waters."

Pirates hold more than 660 hostages and some 30 ships. Hostages are held in hot, austere conditions in Somalia -- typically for many months -- before a ransom is agreed on and paid, and the hijacked ships and crew are released.

Last year a British sailing couple were released after 388 days in captivity. Reports indicated that a ransom in the region of $1 million was paid for their release.

Somalia hasn't had a functioning government since 1991, one of the reasons the piracy trade has flourished.