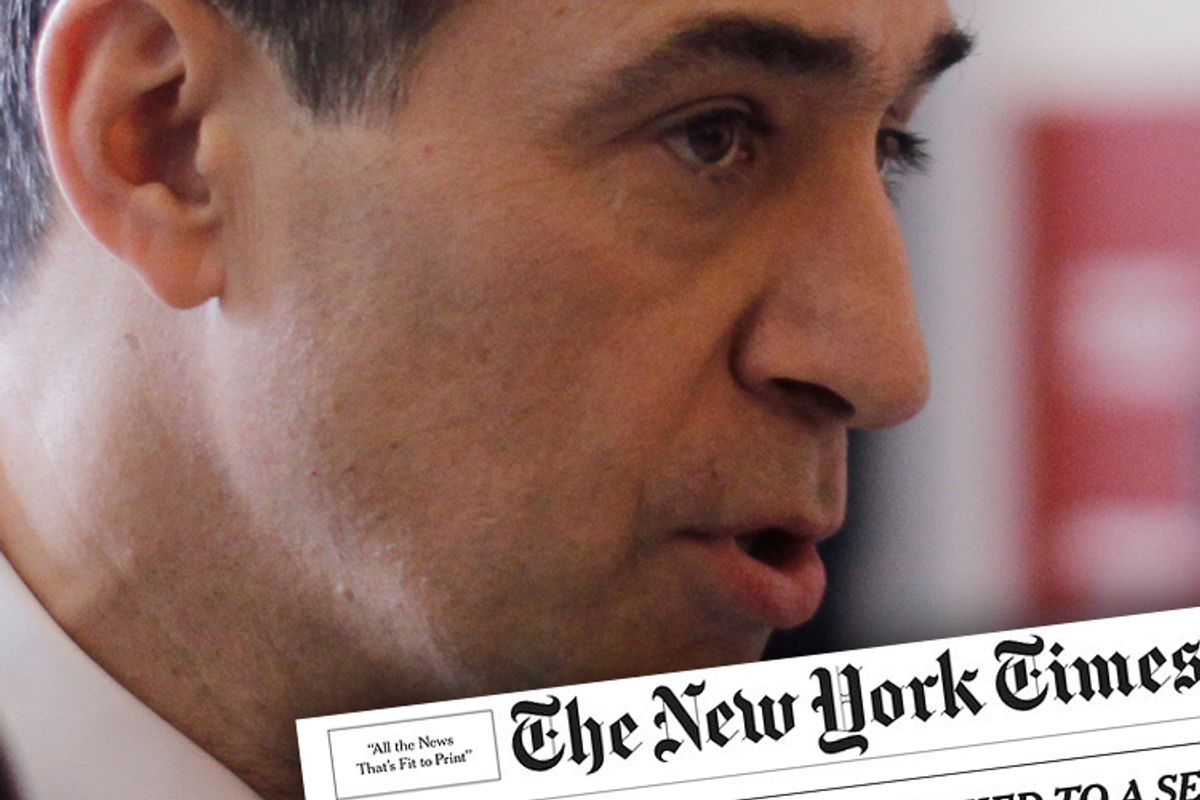 The congressman is Darrell Issa. The former spokesman is Kurt Bardella. The story, and the arguments on both sides of the story, are ably summarized by Jason Linkins here. Basically, Bardella was BCC'ing Mark Leibovich of the New York Times on a lot of his correspondence with Beltway reporters and TV bookers and so forth, for use in Leibovich's forthcoming book about how those Washington relationships work. Which is mildly unethical and certainly impolite, but as Jack Shafer pointed out, so is journalism in general.

It is really one of the silliest political/media scandals to bubble up from Capitol Hill in years, so inconsequential that it's difficult even to drum up schadenfreude for lazy Beltway hacks getting their comeuppance or anticipate the eventual embarrassing headlines for a zealous Republican lawmaker. I was barely even outraged by the shamelessness of Politico calling out anyone, anywhere, for excessive self-promotion. (But there is a lot of self-obsession without self-awareness in this entire scandal, and in that entire city.)

Dana Milbank -- Dana Milbank!!! -- wrote a story bemoaning how "incestuous" and "deformed" the entire Washington culture is, and then Mike Allen made fun of him. Marc Ambinder said that it's stupid for reporters to think their e-mails won't be forwarded around by sources. (He was more polite about it than that.) Jack Shafer popped back in to explain that obsequiousness is how the D.C. source-reporter relationship works, and that we should judge a reporter by the story that gets written after the sucking up. (By that measure, most reporters who write about Issa aren't very good.)

Only Lizza seems to have grasped the one, single part of this entire ridiculous meta-story that has relevance beyond Cafe Milano: Not that reporters are desperate sycophants (we know!), but that they apparently asked Issa to use his subpoena power to hand them sexy Obama scandal stories.

[Full disclosure: Bardella e-mailed me once, and I responded with something polite and insulting to Howard Kurtz, and I bet Leibovich was totally uninterested in being BCC'd on that particular exchange.]