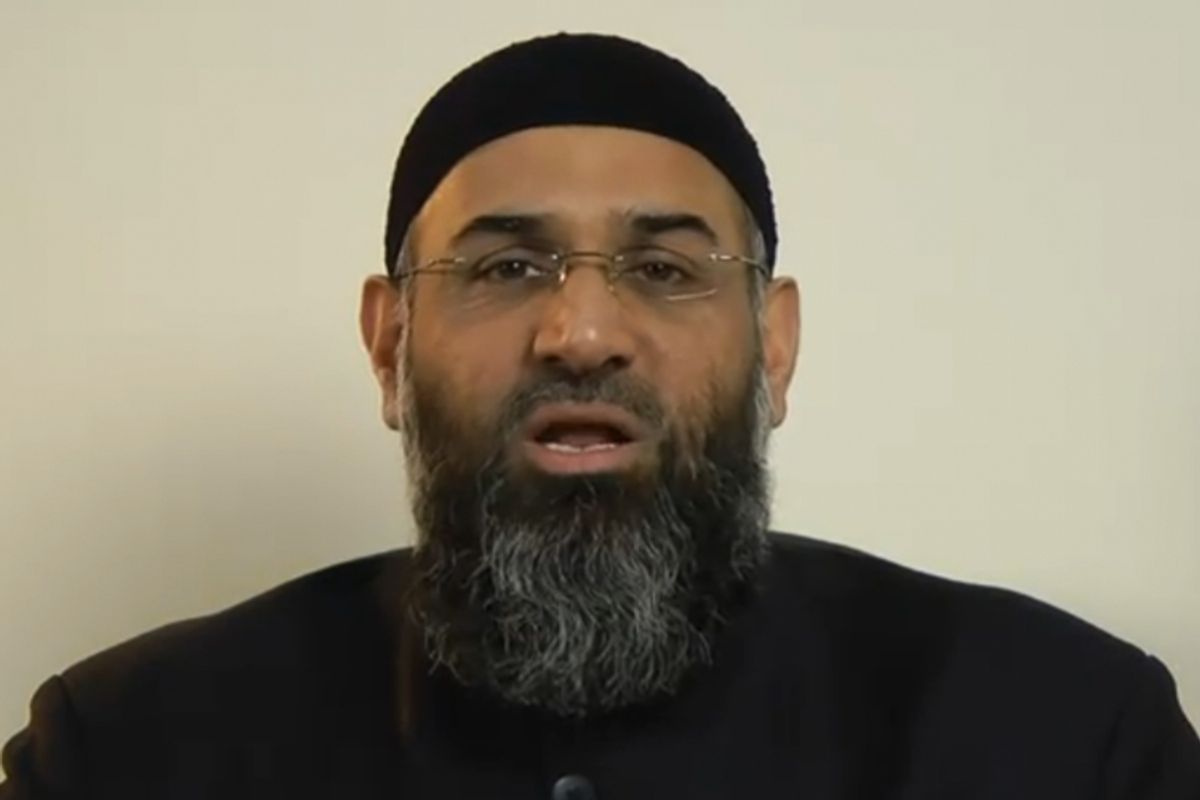 A rally calling for an extreme version of sharia to reign in America has been canceled by its organizer, British publicity hound Anjem Choudary.

Earlier this week I profiled Choudary, a fringe figure with no public support and a long history of planning provocative events, garnering huge press attention, then not following through. So the cancellation is not a surprise. Nor is it particularly surprising that right-wing media outlets like Fox, the Daily Caller, and WorldNetDaily dutifully provided exhaustive coverage of Choudary's rally.

Here's Glenn Beck a few days ago claiming that Choudary's rally proves all of Beck's theories about the coming caliphate to be true. "Do you think this is not the moment that I've been saying for five years?" Beck asks.

Frank Gaffney's Center for Security Policy seized on the rally, announcing a counter press conference "warning of threat of Shariah law to the Constitution." Now, in a cruel, ironic twist of fate, the foil they were promised will be absent. It's practically a metaphor for the entire sharia panic in the first place.

Will the media learn its lesson and avoid falling for Choudary's tricks again? One can hope.