What Chris Christie is really afraid of

He's right when he says he could win the GOP presidential nomination -- so what's holding him back from running? 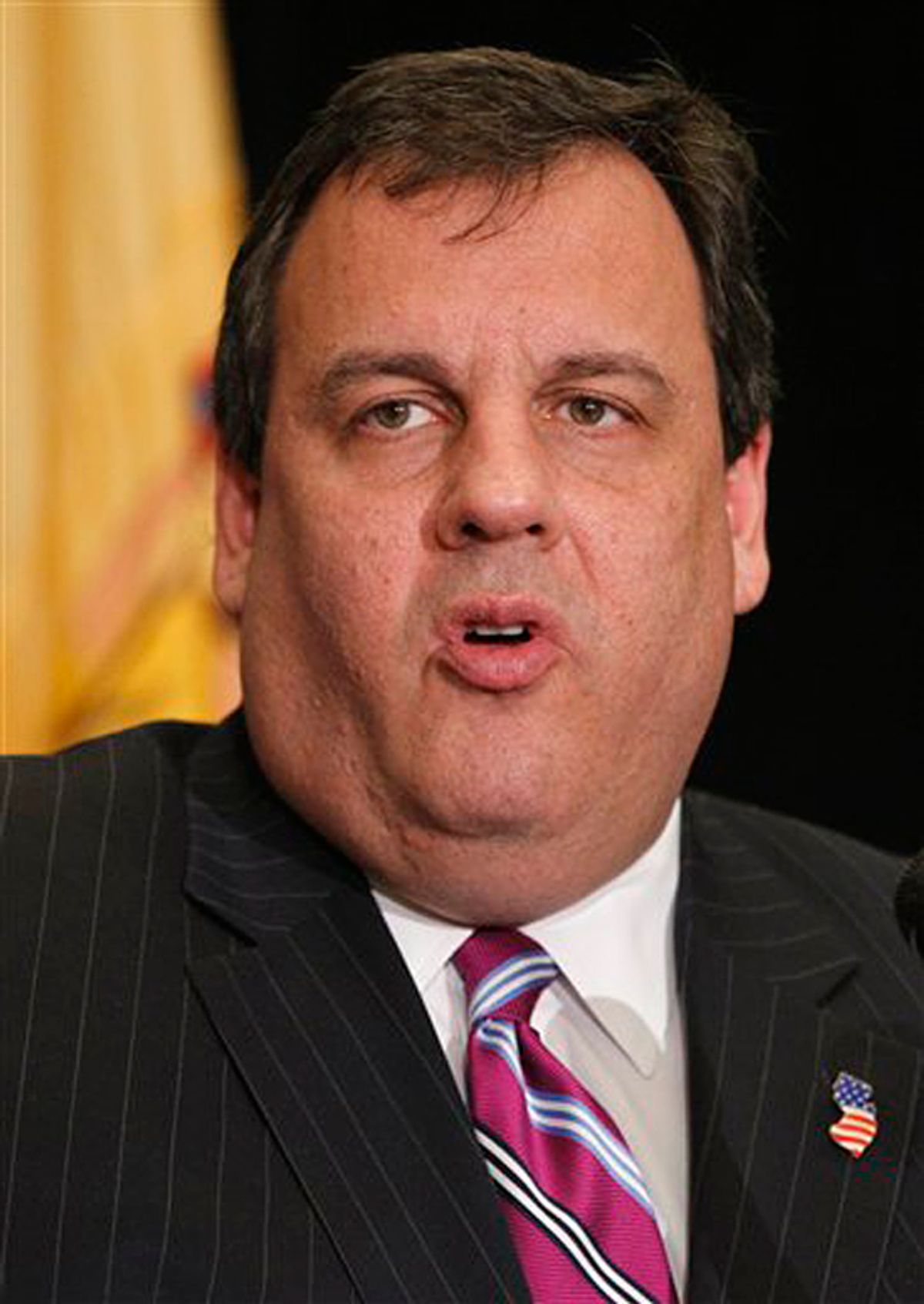 Chris Christie is a very ambitious man whose bombastic style and war with public unions matches the mood of today's Republican Party base almost perfectly. What's more, the 2012 GOP presidential race is unusually late-starting -- while the field that is preparing to run is exceptionally underwhelming. In other words, it's hard to argue with Christie's recent boast to the National Review that he sees an opening in next year's primaries and that "I already know I can win."

And yet, he continues to insist in unusually blunt terms that he won't take the bait and run for president next year. I still believe there's a circumstance under which he might yet reverse himself and enter the race, but it's worth understanding what is likely at the heart of Christie's absolute, adamant refusal to display even a hint of interest in the possibility of seeking higher office next year: He made that mistake once before -- and it nearly cost him his career.

Back in the mid-1990s, Christie was a promising local politician in Morris County, N.J. -- a bastion of suburban Republicanism. As a 31-year-old attorney making his first bid for public office, Christie teamed up with another self-styled reformer, Jack O'Keefe, to challenge the Republican incumbents in the June 1994 primary for the county's Board of Chosen Freeholders (the equivalent of a county legislature). Freeholders are relatively obscure (although often powerful) in New Jersey politics, but the job can be a steppingstone to higher office -- a seat in the state legislature or Congress, usually. (Christine Todd Whitman, a one-time freeholder in affluent Somerset County, ended up claiming a U.S. Senate nomination no other Republican wanted in 1990, then nearly beat Bill Bradley -- a surprisingly strong performance that put her on course to win the governorship in 1993.)

To Christie, the main appeal of the job was its launching pad potential. He waged an aggressive -- and negative -- campaign; in one ad, Christie claimed that the GOP incumbents were "under investigation" for their record-keeping of closed sessions -- even though they weren't. But GOP voters bought his claim and Christie prevailed in the primary (which is tantamount to winning the general election in Morris).

As a new freeholder, Christie employed the same bull-in-a-china-shop tactics that are now making him famous as governor: grandstanding at meetings, picking fights with colleagues, and attracting outsize media attention. His brash demeanor and cockiness also made him plenty of enemies in the clubby world of Morris GOP politics. Not that Christie minded. He already had his sights set on a promotion: a seat in the state Assembly. Within months of joining the freeholder board, Christie announced his candidacy for one of two seats from the heavily Republican 25th District. It was supposed to be the next step in the up-and-comer's inevitable climb to statewide glory. Instead, it nearly destroyed him.

For the campaign, Christie again positioned himself as a reformer. Of the two seats on the ballot, one was open and the other was held by a Republican who had been placed in office months earlier by a vote of the county GOP committee. Christie portrayed that incumbent, Anthony Bucco, a former county official more than 20 years older than him, as a consummate insider, and attacked him hard.

But it was all just too much. The freeholders Christie had ousted in '94 decided to sue him for defamation over his ad -- which, it was clear by '95, had been false. The headlines were harmful, and many of the Morris Republicans Christie had alienated were happy to pile on. In this context, the attacks on Bucco, generally a well-liked figure in the Morris GOP, began to backfire. Republican voters began to see in Christie a young man in too much of a hurry. In the June '95 primary, he and his running mate were trounced by a nearly 2-to-1 margin. Christie had jumped too soon -- and paid the price.

And it only got worse. The defamation suit lingered until finally Christie was forced to issue a public apology. One of his boldest acts on the freeholder board -- pushing for the firing of an architect for a new county jail -- came back to haunt him too, when the architect filed a defamation suit of his own. A protracted debate over whether the county should be forced to pay for Christie's defense ensued, with Christie ultimately agreeing to foot the bill himself. When he stood for reelection in 1997, the GOP primary wasn't even close: Christie finished dead last. He was 35 and, it seemed, his hoped of political glory had been extinguished.

"In retrospect," he told a reporter on his way out the door, "the Assembly campaign and how it was run was a mistake."

Of course, Christie ended up catching the break of a lifetime three years later, when he raised massive money for George W. Bush's presidential campaign and was rewarded with an appointment as U.S. attorney -- an office he used to win unprecedented media attention with his pursuit of corruption cases against elected officials. By the middle of the decade, he emerged as the state GOP establishment's "dream candidate" for governor. He passed on a 2005 bid (wisely, given how badly the national climate had turned against the GOP by Election Day), then made his move in 2009.