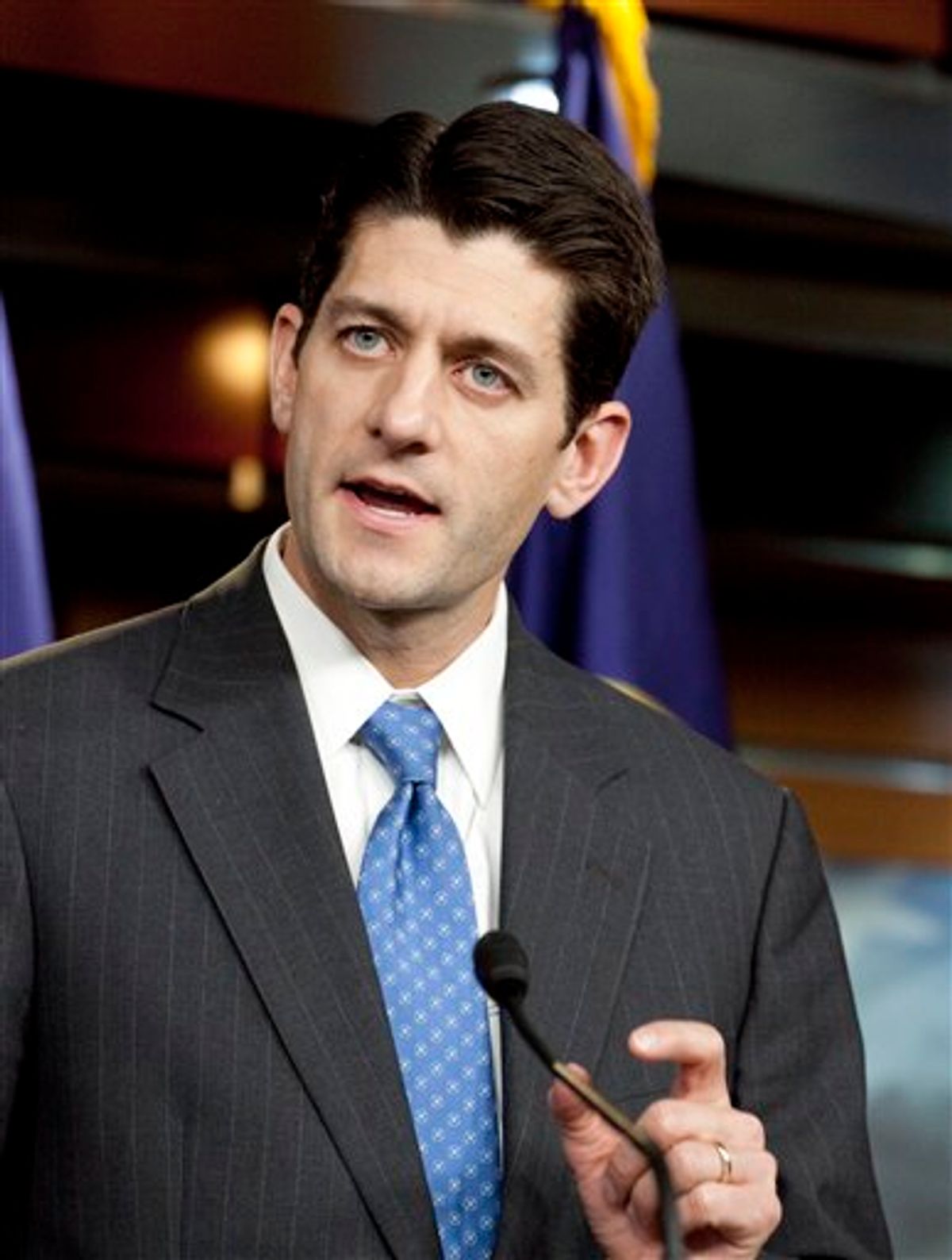 For most of history, we had undebatable definitions of words such as "bailout" and "bankruptcy." We understood the former as an undeserved public grant, and the latter as an inability to pay existing bills. Whatever your particular beliefs about these concepts, their meanings were at least agreed upon.

Sadly, that's not the case during a deficit crisis that is seeing language redefined on ideological terms.

"Bailout" was the first word thrown into the Orwellian fire. As some lawmakers recently proposed replenishing depleted state coffers with federal dollars, the American Conservative Union urged Congress to oppose states "seek(ing) a bailout" from the feds. Now, Rep. Paul Ryan, R-Wis., says, "Should taxpayers in Indiana who have paid their bills on time, who have done their job fiscally be bailing out Californians who haven't? No."

Ryan, mind you, voted for 2008's TARP program -- a bank bailout in the purest sense of the term. But one lawmaker's rank hypocrisy is less significant than how the word "bailout" is being used -- and abused. Suddenly, the term suggests that federal aid would force taxpayers in allegedly "fiscally responsible" Republican states to underwrite taxpayers in supposedly irresponsible Democratic ones.

Aside from stoking a detestable interstate enmity, this thesis ignores the fact that state-to-state wealth transfers are already happening. According to the Tax Foundation, most Republican-voting states receive more in federal funding than they pay in federal taxes, while most Democratic-voting states receive less federal money than they pay in federal taxes. That means traditionally blue states like California are now perpetually subsidizing -- or in Ryan's parlance, "bailing out" -- traditionally red states like Indiana. Thus, federal aid to states could actually reduce the state-to-state subsidies conservatives say they oppose.

Congressional Republicans will undoubtedly ignore these facts. Their proposed solution to the budget emergency could instead be a Newt Gingrich-backed initiative letting states default on outstanding obligations by declaring bankruptcy. Again, the word is fraught with new connotations.

Whereas sick or laid-off individuals occasionally claim a genuine inability to repay debts and thus a need for bankruptcy protections, states can never legitimately claim such a need because they are never actually "bankrupt." Why? Because they always possess the power to raise revenue. The power is called taxation -- and destroying that authority is what the new bankruptcy idea is really about. It would let states avoid tax increases on the wealthy, renege on contractual promises to public employees and destroy the country's credit-worthiness.

Blocking state "bailouts" and letting states declare "bankruptcy" are radical notions, especially in a bad economy. One would result in recession-exacerbating public layoffs; the other would institutionalize an anti-tax zealotry that destroys tomorrow's middle class in order to protect today's rich. That's why advocates of these ideas have resorted to manipulating language. They know the only way to make such extremism a reality is to distort the vernacular -- and if we aren't cognizant of their scheme, they will succeed.