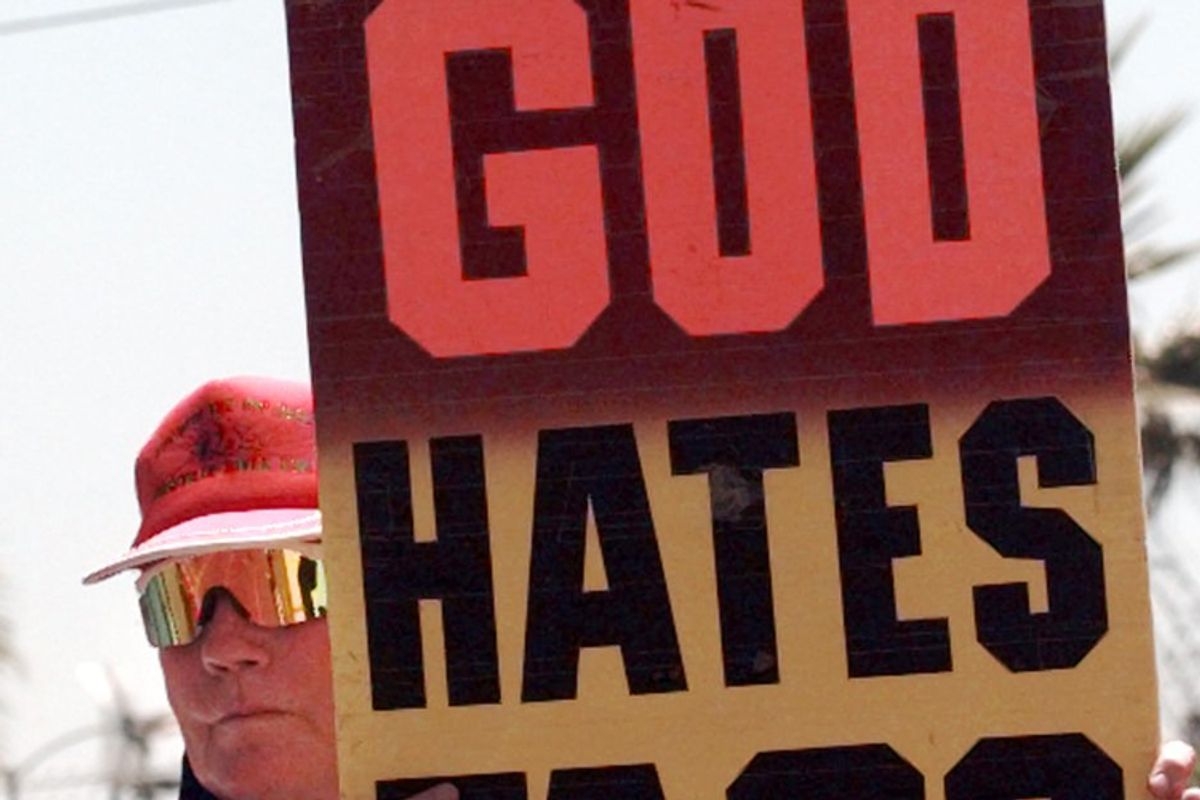 As you probably know by now, the Supreme Court ruled on Wednesday that members of the notorious Westboro Baptist Church -- the tiny, viciously anti-gay parish founded by Fred Phelps -- have a constitutional right to protest outside the funerals of U.S. military members.

But one line in Chief Justice John Roberts' majority opinion caught our attention: "The protest was not unruly. There was no shouting, profanity or violence." No profanity? Demonstrations by Phelps' church are infamous for their liberal use of the epithet "fag." Is Roberts saying that he and his colleagues don't consider this word profane? We turned to Suzanne Goldberg, the director of the Center for Gender and Sexuality Law at Columbia University, for some help.

What is the legal definition of profanity, and are the Westboro's statements considered profane?

The Constitution does not protect obscene speech, but that's different from profane speech, and there is no one legal definition of profane. I would certainly think in either event that it would be difficult, if not impossible, to treat Westboro's speech as profane in a sense that you could block its use legally.

When we're talking about profanity we think of, you know, curse words. Insults are not actionable profanity -- and although Westboro says horrific things, its language is not what we typically treat as profanity.

Why doesn't the law consider an offensive epithet to be profane?

The word "faggot" is offensive, but obscenity typically relates to what the court calls "prurient interests" -- [when] there's some sexualized dimension to language that is deemed unprotected because it is obscene. And the use of "faggot" in this context, while offensive, does not seem to be intended to appeal to sexualized interests. It's a nasty insult. But this country is in part founded on a view that it is better to protect people's ability to spew hateful insults than to let the government block speech.

I think that the general American stance has been to allow all speech. The carve-out for sexualized obscenity comes more from a long-standing discomfort around sexuality, in my view, than anything that fundamentally distinguishes sexualized speech from other forms of speech that the majority may not like.

You know, that might be. But I think something more like "Fuck you, Sniders [the name of the family whose son's funeral was protested]" would be prohibited.

So do you agree with the court's recent decision?

I could not disagree more with the Westboro Church and its tactics, but I think the court's decision is consistent with long-standing First Amendment jurisprudence. I'm not saying I agree with the decision, just to be clear. I just think it's consistent.

This distinction between obscenity and permitted speech seems difficult to understand.

For good reason, right? This area of the law, like many, is a morass. And the Supreme Court has admitted as much, that its obscenity law is confusing at best. But the Westboro case doesn't remotely touch on the obscenity exclusion from First Amendment protection.