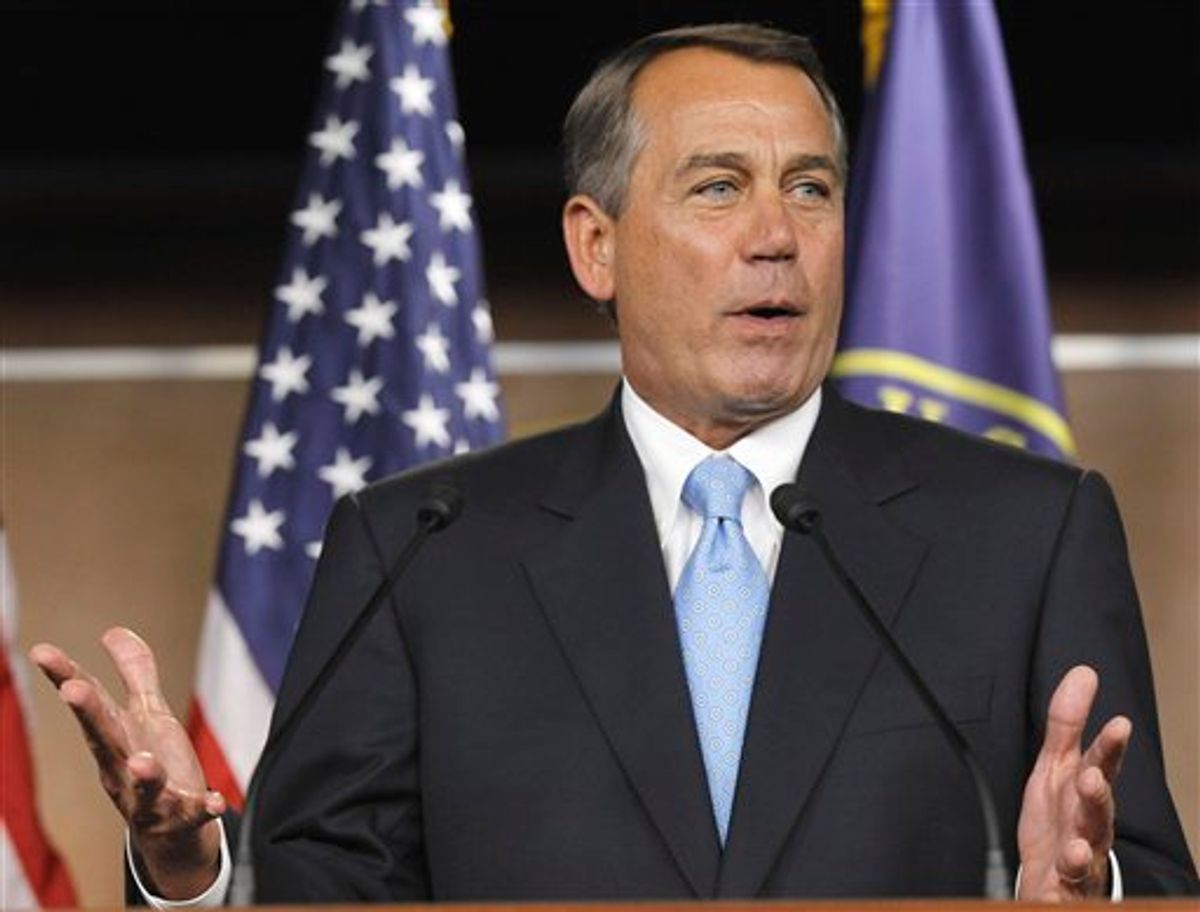 The Republicans' "Pledge for America" says the new majority will do both. But negotiations over the federal budget threaten to force the GOP, including its 87 House freshmen, to choose between them.

It's a lesson in congressional reality that has Republicans struggling with how to vote -- and what to do -- when a divided government pits pledge against pledge.

How would he vote on a budget that cuts spending but lacks the promised abortion restrictions? Jordan winces.

"We haven't seen the finished product," he said.

The House last month passed its version of the budget that would fund the government through September. The measure would cut spending by $61 billion and prohibit federal dollars from going to Planned Parenthood as long as the organization performs abortions. It also reinstates restrictions, lifted by President Barack Obama, on government money for any organization that funds abortions in foreign countries.

The abortion restrictions have almost no chance of being included in the spending plan that the Democrat-dominated Senate ultimately passes. That could be weeks from now despite a March 18 deadline that carries with it the threat of a partial government shutdown.

A compromise that could pass both the House and Senate will contain at least a good portion of the cuts that now-GOP freshmen promised during the campaign and say their constituents loudly demand. Slashing federal spending, they insist, is their No. 1 priority.

Restricting federal money for abortion providers comes a close second or third, as much a part of the GOP's campaign "Pledge" as spending cuts and repealing Obama's health care overhaul.

The new Republican majority has done plenty of fighting for what they promised, but getting their wish list through the entire Congress is a tougher task. The health care law repeal failed in the Senate. The House's budget received a thorough scoffing from Senate Democratic leaders and Obama said he would veto it.

In an emotional overnight session on the current year's budget, the House voted 240-185 to block federal dollars from going to Planned Parenthood.

The spending bill, before any amendments, reinstated a prohibition on federal money for any organization that uses its own funds for abortions performed in foreign countries. Obama lifted the restrictions in 2009.

Under current law, federal dollars may not be used for abortions except in the cases of rape, incest or when the life of the mother is in danger.

Pro-choice lawmakers and groups said the Republican efforts on abortion amount to an attack on women and family-planning services. Democrats make the case that while Planned Parenthood performs abortions, the group uses federal money on health services for women who can't afford it any other way.

Planned Parenthood has undertaken a formidable lobbying campaign to kick out the restrictions from the Senate bill.

Watching the negotiations from the House, some social conservatives were uncomfortable even talking about how they would vote should a newly negotiated budget pass the Senate and come to the House without the anti-abortion provisions.

If they vote against the new version, they also would say no to spending cuts they demanded.

If they vote for it, they would ditch, for now, the party's anti-abortion promises.

"There's no reason to be divided. These are twin objectives," Smith said, predicting many Republican freshmen opposed to abortion will vote with him.

Freshman Rep. David Schweikert, R-Ariz., isn't one of them. He opposes abortion. But he said he'd vote for a budget that lacks new restrictions on the procedure because current law already bans federal dollars from being used for most abortions. Banning taxpayer dollars from going to Planned Parenthood, he said, should be a battle for another day if it comes to a choice.

"If we're staying with that current policy, I think we'd still be safe," Schweikert said. "Because for me, it's substantially about the fiscal position" he took in last year's elections when it came to reining in the federal deficit.