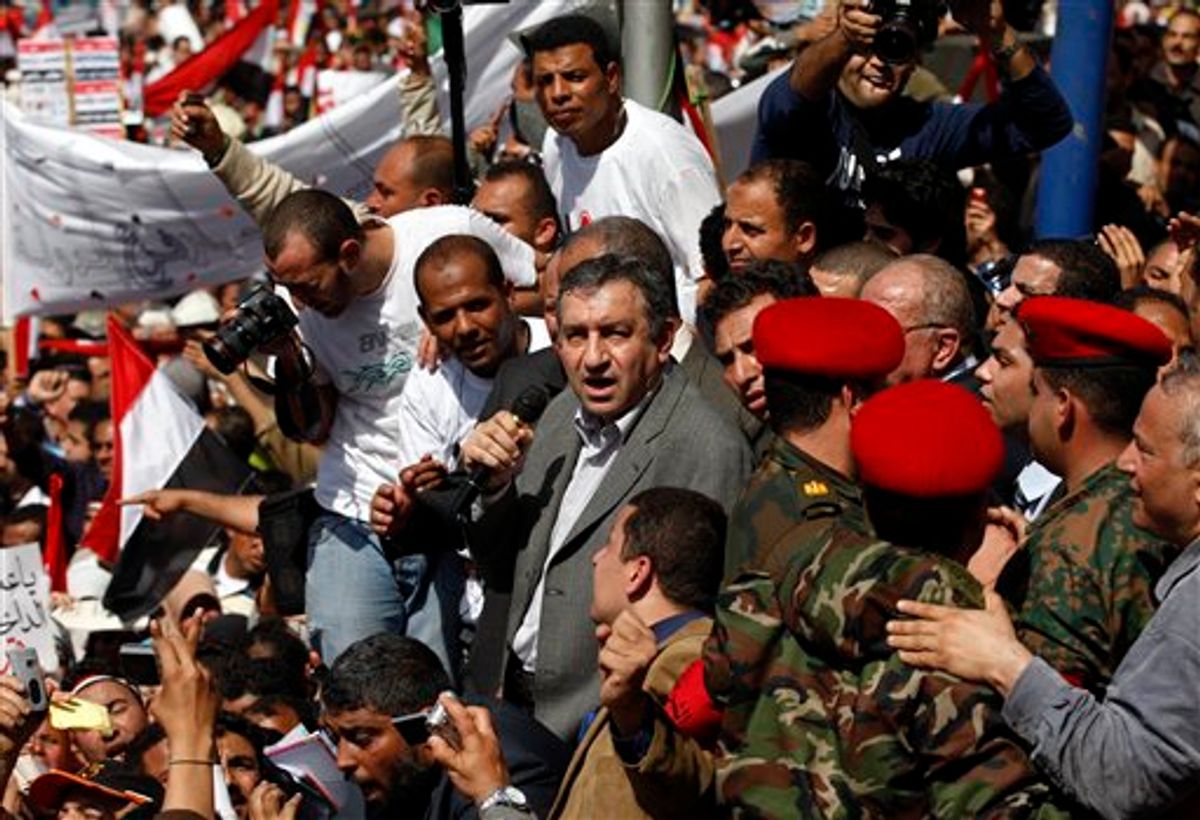 Egypt's new Prime Minister designate Essam Sharaf is surrounded by supporters as he gives a speech at the Tahrir Square in Cairo, Egypt, Friday, March 4, 2011. Sharaf vowed before thousands of mostly young demonstrators at the central Cairo square to do everything he could to meet their demands and pleaded for them to turn their attention to "rebuilding" the country. Sharaf was picked by Egypt's ruling military on Thursday march 3, to replace Ahmed Shafiq as prime minister. (AP Photo/Khalil Hamra) (AP)
--

Egypt's prime minister-designate has named a caretaker Cabinet to help lead the country through reforms and toward free elections after the uprising that ousted President Hosni Mubarak.

The changes include new faces in the key ministries of foreign affairs, interior and justice.

Prime Minister Essam Sharaf held talks Sunday with the 23 nominees. The new Cabinet has to approved by the Supreme Armed Forces Council, which has been in charge of ruling Egypt since Mubarak's fall on Feb. 11.

The nominations include a new chief diplomat, to replace Foreign Minister Ahmed Aboul-Gheit, in office since 2004. Nabil Elaraby, the new minister, was Egypt's U.N. representative in the 1990s and an international arbitration judge. He was critical of the crackdown on the 18-day uprising.