"And the biggest loser? 'Winning.' Doesn't seem to mean the same thing any more." 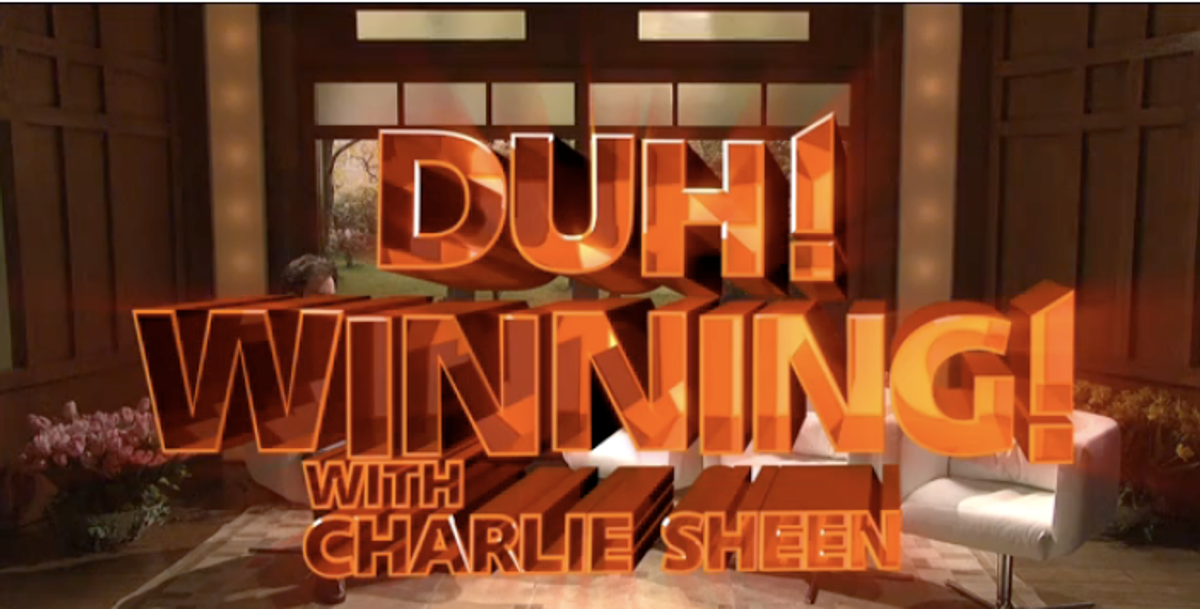 "Saturday Night Live" made the most of the ongoing Sheen media frenzy in two different segments last night devoted to the sitcom star with "tiger blood" and "adonis DNA." Leading off the night was a sketch in which Charlie Sheen hosts a new talk show, naturally titled, "Duh! Winning!" Guests included notable non-winners such as Lindsay Lohan, Moammar Gadhafi and John Galliano, dressed like a "methed-out musketeer."

Then later on, Seth Meyers devoted a portion of his "Weekend Update" segment to rounding up the winners and losers of the Sheen debacle.