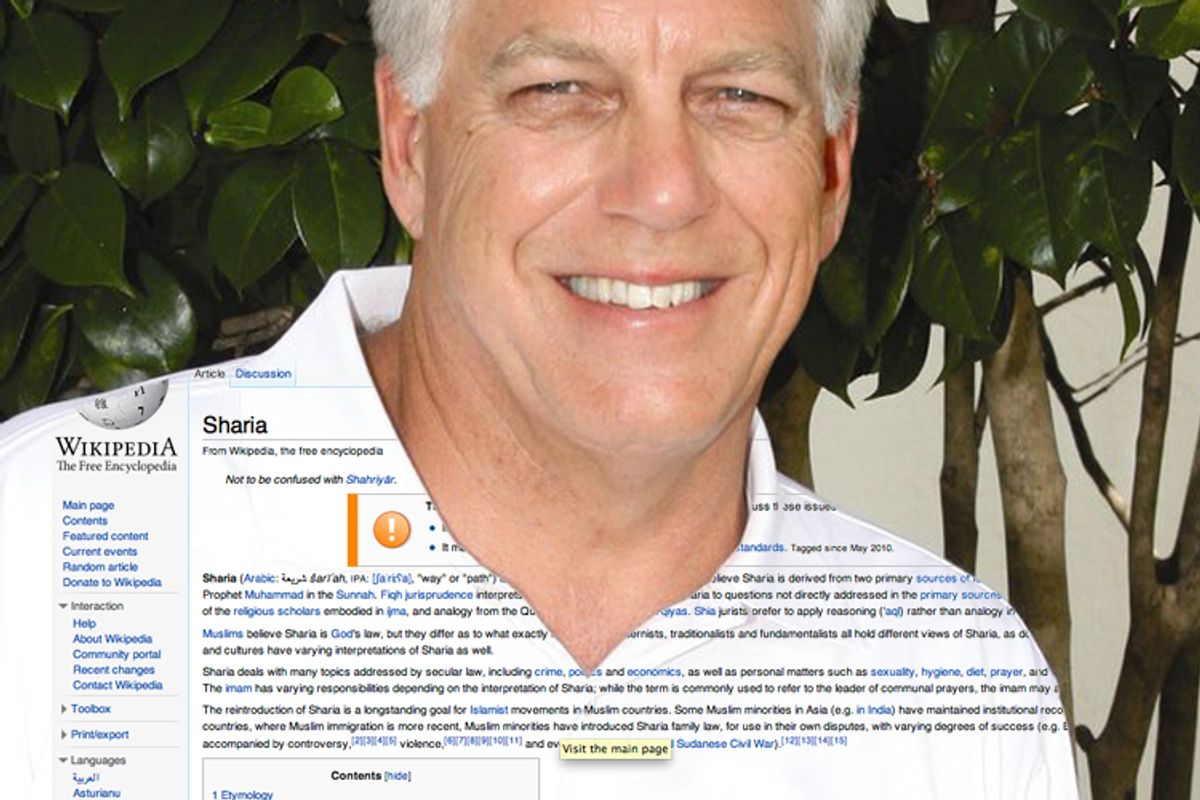 In the past several months, roughly 15 states have either approved or introduced measures to ban sharia (Islamic law). But a new anti-sharia push in Alabama easily qualifies as the most comically ignorant effort to date.

A Republican state senator named Gerald Allen, who represents Cottondale and once tried to ban books by gay authors, last week introduced a standard anti-sharia measure that would bar Alabama courts from considering Islamic law. It was at that point that Anniston Star reporter Tim Lockette put a simple but inspired question to Allen: What is sharia?

Here is how Allen responded:

Allen could not readily define Shariah in an interview Thursday. "I don’t have my file in front of me," he said. "I wish I could answer you better."

The Anniston Star's question reminds me of a brilliant journalistic experiment conducted by reporter Jeff Stein a few years back: asking counterterrorism officials to explain the basic differences between Sunni and Shia. (Most, including Rep. Silvestre Reyes, D-Texas, couldn't do it.)

Making the Alabama story even richer, the Anniston Star also discovered that the text of Allen's anti-sharia bill is lifted directly from Wikipedia. The bill (and Wikipedia) defines sharia as "a form of religious law derived from two primary sources of Islamic law: The divine revelations set forth in the Qur’an and the example set by the Islamic Prophet Muhammad."

What Allen is missing is that sharia is not a single set of written laws like the U.S. code; there are myriad interpretations of sharia -- a fact that, ironically, the full Wikipedia article discusses at length. (For example: "There is tremendous variety in the interpretation and implementation of Islamic Law in Muslim societies today.")

Some recommended reading for Allen: My piece on the largely mundane ways in which sharia actually comes up in American courts (think marriage contracts), and another good sharia explainer from The Awl.