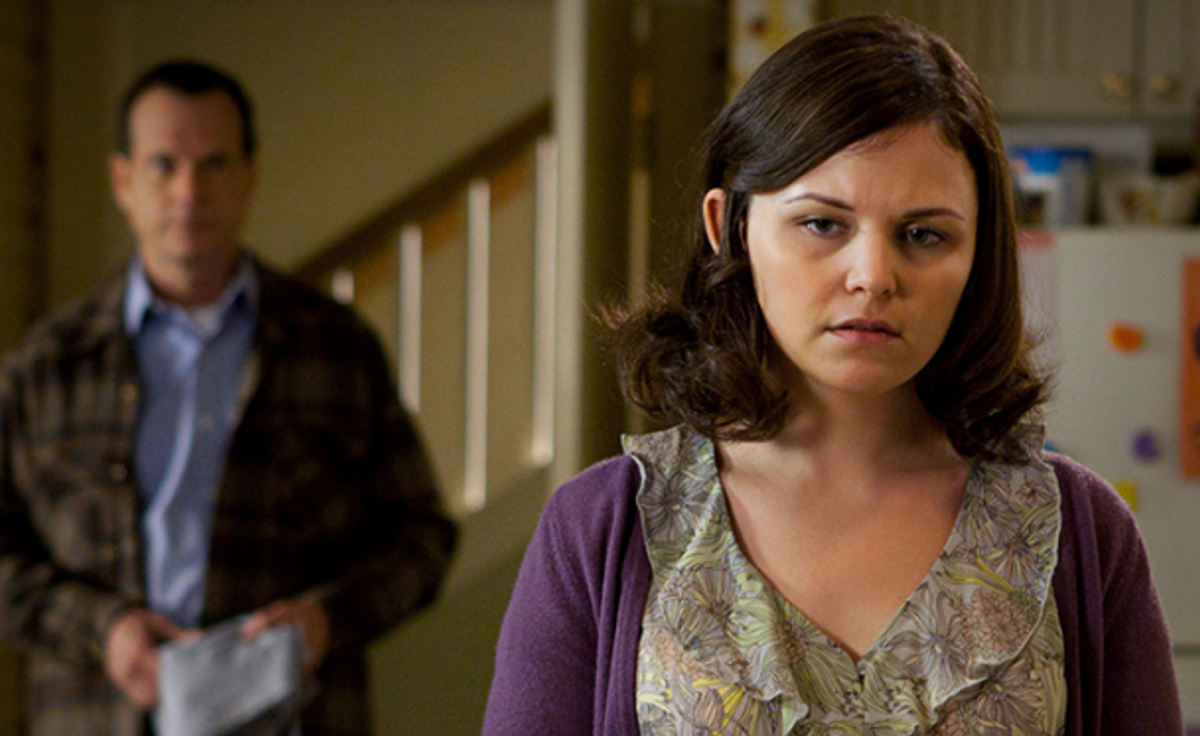 "I've been living with my feet in several different worlds," Bill Henrickson told his employees in the Season 5 premiere of "Big Love." "But now I'm trying to bridge those worlds and bring us all closer together." Eight episodes into the HBO series' fifth and final season, that noble-sounding sentiment is looking like a bad idea for the Henrickson family and a great idea for "Big Love." While consistently likable, "Big Love" lost its way in recent seasons by  going off in too many different directions and failing to focus on its core strength: its intimate, wise depiction of the relationship between Bill and his wives, Barb (Jeanne Tripplehorn), Nicki (Chloe Sevigny) and Margene (Ginnifer Goodwin).

The fifth and final season of "Big Love" is making good on Bill's promise and then some -- keeping virtually all of the threads developed in the preceding four seasons (including Bill's surprise, successful run at the Utah state Senate and the "Godfather"-like skulduggery at the Juniper Creek compound), but running them through the Henrickson family household and back out again. "Big Love" is one of the densest, most tightly written series on TV. Every week it presents an immense amount of plot. But what's on-screen never feels like a flurry of pointless activity because it all ultimately comes back to Bill, Barb, Nicki and Margene. What's most important to the series (and the viewer) is what they think of whatever's happening -- how it makes them feel toward each other; the effect it has on their self-image, their faith and their attitude toward the complex and precarious life they've built together.

Last night's episode was especially strong. A lot of subplots came to a head, including Bill's still-embattled tenure in the Utah state Senate, the continued troubles at Home Plus, the renewed (ultimately violent) resentment of Juniper Creek patriarch Alby Grant (Matt Ross) toward Bill's activism. By coming out as a polygamist on election night, dedicating himself to legitimizing polygamy (or as Bill prefers to call it, "plural marriage") and casting light on the mistreatment of women by more backward sects, Bill threw a spotlight on a corner of American life that preferred -- for various, often sensible reasons -- to remain in the dark.

"The body politic is going to expel you like antibodies attacking a virus," predicted Senate Majority Leader and mainstream LDS member Richard Dwyer (Gregory Itzin) early this season. His prediction came to pass. But it wasn't just the mainstream and so-called normal part of the populace that rebelled against Bill's activism; it was Bill's own, mostly Mormon workers (most of whom are monogamous) and the more extreme variants of plural marriage practitioners, such as the Juniper Creek bunch and ... well, almost everybody, it seemed, except that band of stragglers that came to the Henricksons' open house and thanked Bill for standing up for them at great cost to himself.

(Spoilers in this paragraph) Speaking of Juniper Creek, blowback from the Mormon mainstream and fringe dominated the last couple of episodes. The intense climax of last night's show found Alby threatening to kill Nicki (who had become an almost vigilante-style activist on behalf of the compound's women who were "no better than slaves") only to end up killing his chief henchman and lover instead. Then there was the federal investigation into the revelation that Margene was underage when Bill married her, and that Bill's first wife, Barb, had "procured" Margene for her husband -- a description that prompted Barb to grouse, in Nixonian fashion, that she was not a pimp. Nicki's daughter Cara Lynn (Cassi Thomson) is poised to repeat Margene's story by falling in love with her 37-year-old math teacher. The mainstream of the church is boycotting Bill's stores. Bill's right hand, Don Embry (Joel McKinnon Miller), who was brutally attacked by Alby's henchman, told Bill he'd had enough and was selling his shares in the store to Alby (a terrifying thought). Margene, meanwhile, has become immersed in the pyramid scheme of Goji Juice and enamored with its frontman, a charismatic entrepeneur-singer-prophet. It's funny and unnerving to hear Barb and Bill arguing about which organization is actually more of a cult, the Goji Juice organization or the Henrickson compound. That Margene is suddenly obsessed with the idea that she's become a part of a cult is funny; that she was pushed into this revelation by a cult leader is even funnier.

What makes "Big Love" so unusual -- and has sustained it even during weak seasons -- is the richness of its premise. The Henricksons' plural marriage is a "real" thing -- a genuine social contract, portrayed more or less realistically, with writing and performances that encourage us to see things from every major character's perspective. But the premise is also a vehicle for metaphor and has been used that way. There have been many moments over the last five years where the Henricksons' situation (not just their polygamous living arrangements, but their out-of-the-mainstream religious beliefs) have seemed to stand in for homosexuality, gay marriage, new-ish belief systems such as Scientology (which Barb disparages) and the Muslim experience in America, among other things.

But it's all mixed together -- intriguingly -- so that one metaphor, one experience, seems to morph into another. For non-polygamists, the series has the allure of good genre fiction (science fiction, fantasy and horror especially), by which I mean it's metaphor and not-metaphor at the same time. During any given week, there's a moment where you're sitting there thinking, "Ah, right -- this is what happened to gay marriage in California," then five minutes later you feel pretty sure you're seeing an analogy for the trumped-up outrage over sharia law in Oklahoma, or the scapegoating of Mexican immigrants for various social ills; then just as suddenly all of that falls away, and you're watching a domestic drama about believably idiosyncratic, self-centered people who cannot understand the effect that their actions have on others, and thinking,  "Wow -- something like that happened to my uncle about five years ago," or "My sister should watch this -- it's exactly like what she's going through."  This season  is filled with what seem like allusions to anti-Muslim bias (the aborted inquest into whether Bill violated the state constitution, which bans polygamy, was framed in a way that echoed the radical Muslim and Obama-is-an-immigrant hysteria). But the code-for-homphobia strain has continued as well. (Early this season, Don joked that after Bill came out as a polygamist, a few employees quit because they were afraid of being "recruited.")

The metaphor/not-metaphor approach has served the show well. But as "Big Love" heads toward its series finale, it has been right to focus on not-metaphor, and just dig into the characters -- their tangled self-justifications, their delusions, their idealism, their halting efforts to know themselves and become more enlightened. If "Big Love" were mainly interested in making statements about this or that contemporary political issue, it would have become boring and pointless almost instantly. What saved the show from position-paper dullness was its committment to portraying the Henricksons as people, and treating their plural marriage as a simple fact that is as impervious to public scorn as the weather.

Other characters on the series express opinions on whether it's right or wrong for a husband to have more than one wife, and "Big Love" has been happy to hear them out and allow one or more of the Henricksons to make a rebuttal. But the show is also determined to confound knee-jerk reactions and stop viewers from being smugly judgmental. I was moved by the moment where polygamists showed up on the embattled Henricksons' doorstep and thanked them for being pioneers, and I've found myself cheering for Bill as the entire world turns again him. But in the past couple of weeks, I've also found Bill's protestations that Margene's underage status is not a big deal and "what's past is past" and that their own domestic arrangement is not a cult to be grotesquely self-serving and oblivious. And I've found myself thinking that Bill's political gamble wasn't idealistic but horribly selfish. He's a sensitive-piggish, visionary-fool of a man; when I look at him and his three screwed-up, independent/dependent wives, I'm torn between wanting to cheer them and slap them. Heading into its final stretch that's exactly where "Big Love" needs to be.