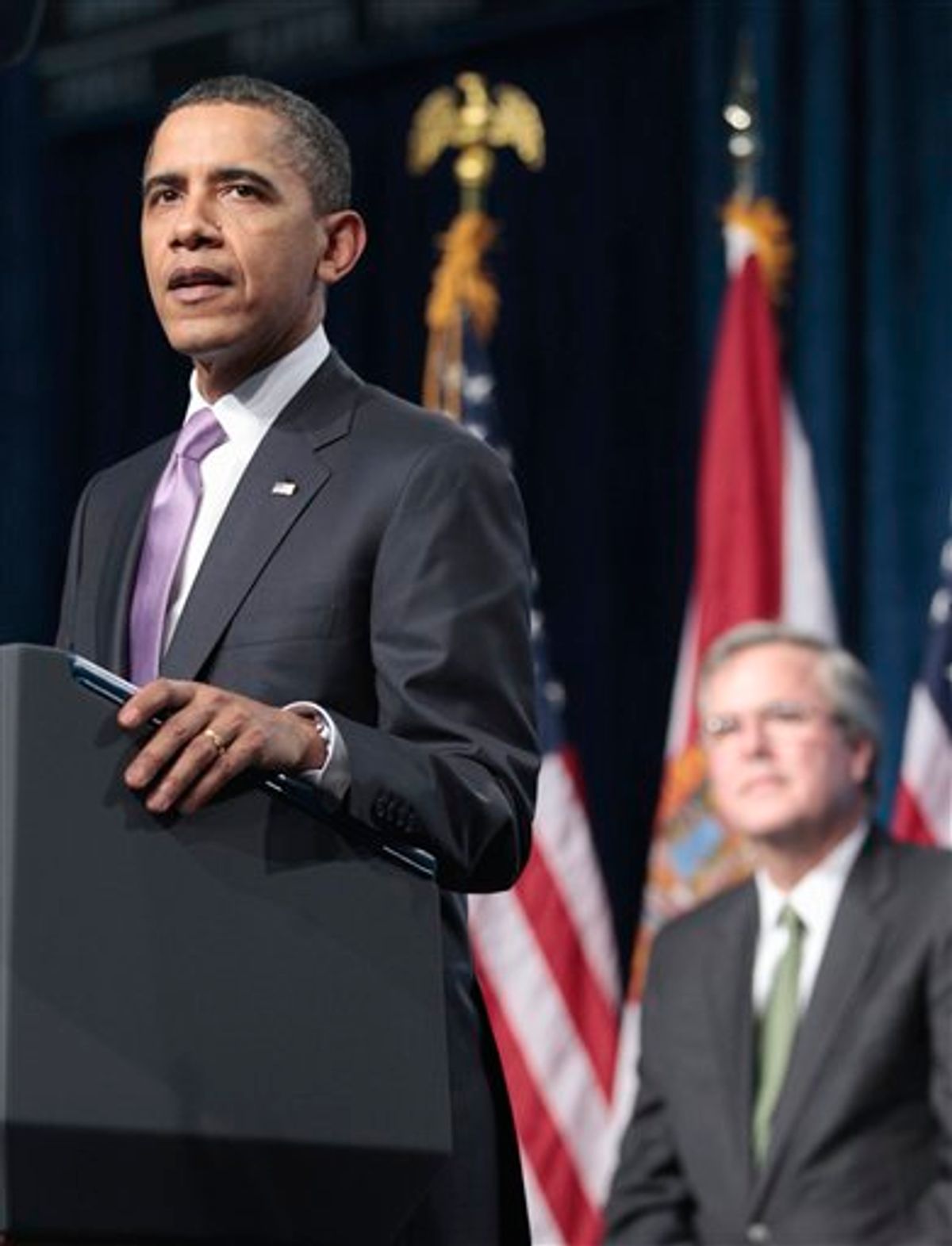 President Barack Obama says the U.S. and its NATO allies are still considering a military response to violence in Libya.

Speaking in the Oval Office, Obama says the U.S. will stand with the Libyan people as they face "unacceptable" violence. He says has authorized millions of dollars in humanitarian aid.

The president sent a strong message to Libyan leader Moammar Gadhafi, saying he and his supporters will be held responsible for the violence there. Libyan warplanes launched multiple airstrikes Monday on opposition fighters in the second day of a harsh government crackdown to thwart rebels advancing on Gadhafi's stronghold in Tripoli.

Obama spoke alongside Australian Prime Minister Julia Gillard, who is in Washington for meetings.