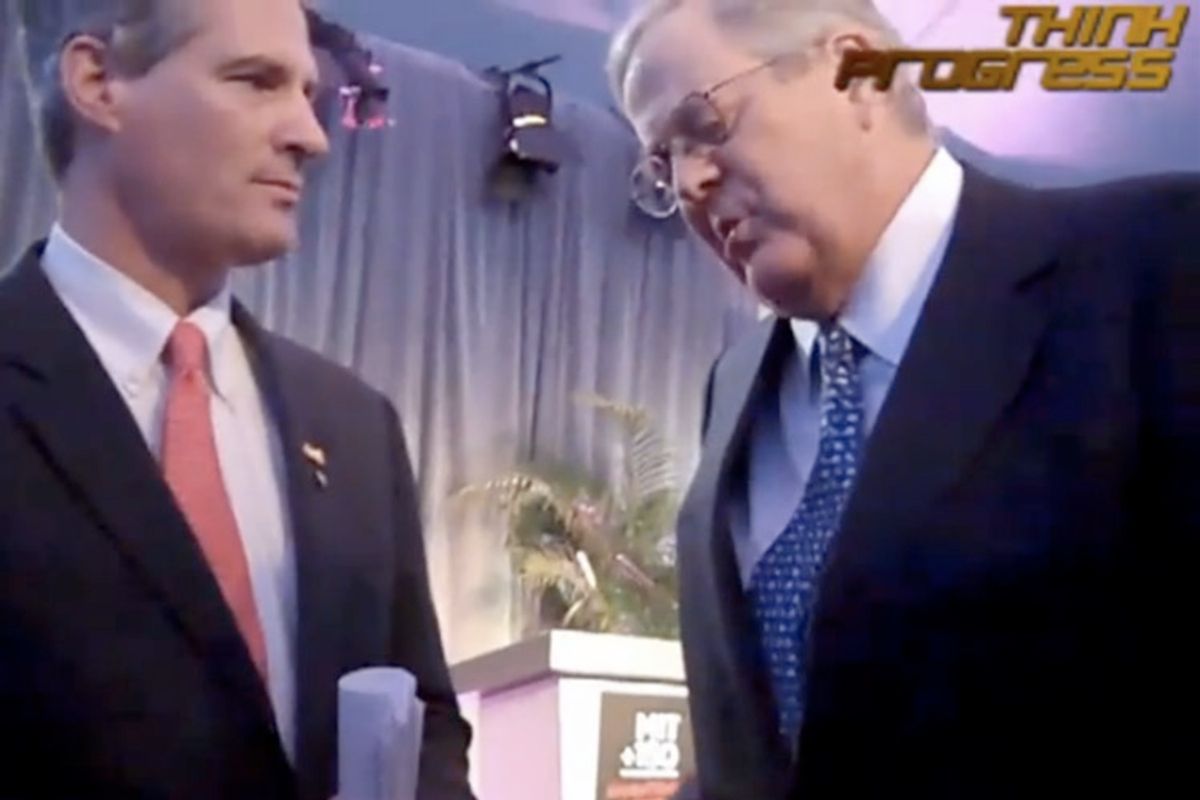 Well, this is embarrassing. At a fancy party for a cancer research institute at MIT last week, Think Progress caught Massachusetts Senator Scott Brown begging for money from billionaire industrialist David Koch. Koch and his brother Charles are the wealthy backers of much of the modern conservative and libertarian movements, and their money helped elect Republicans nationwide in 2010. They have since become the semiofficial bogeymen of the left, because they fit the part of "evil wealthy industrialists buying a pliant government" quite well.

BROWN: Your support during the election, it meant a ton. It made a difference and I can certainly use it again. Obviously, the –

KOCH: When are you running for the next term?

So, yes, this does fit right into the narrative of Republicans being subservient to their billionaire masters, but did that narrative need video evidence? Isn't every single action they've ever taken when they hold power in Washington proof enough?

Anyway Brown is going to continue being a "moderate" Republican in order to win reelection in Massachusetts but when it counts, these are his most important constituents.