There are all sorts of conflicting signals coming out of Wisconsin. Here's what you need to know 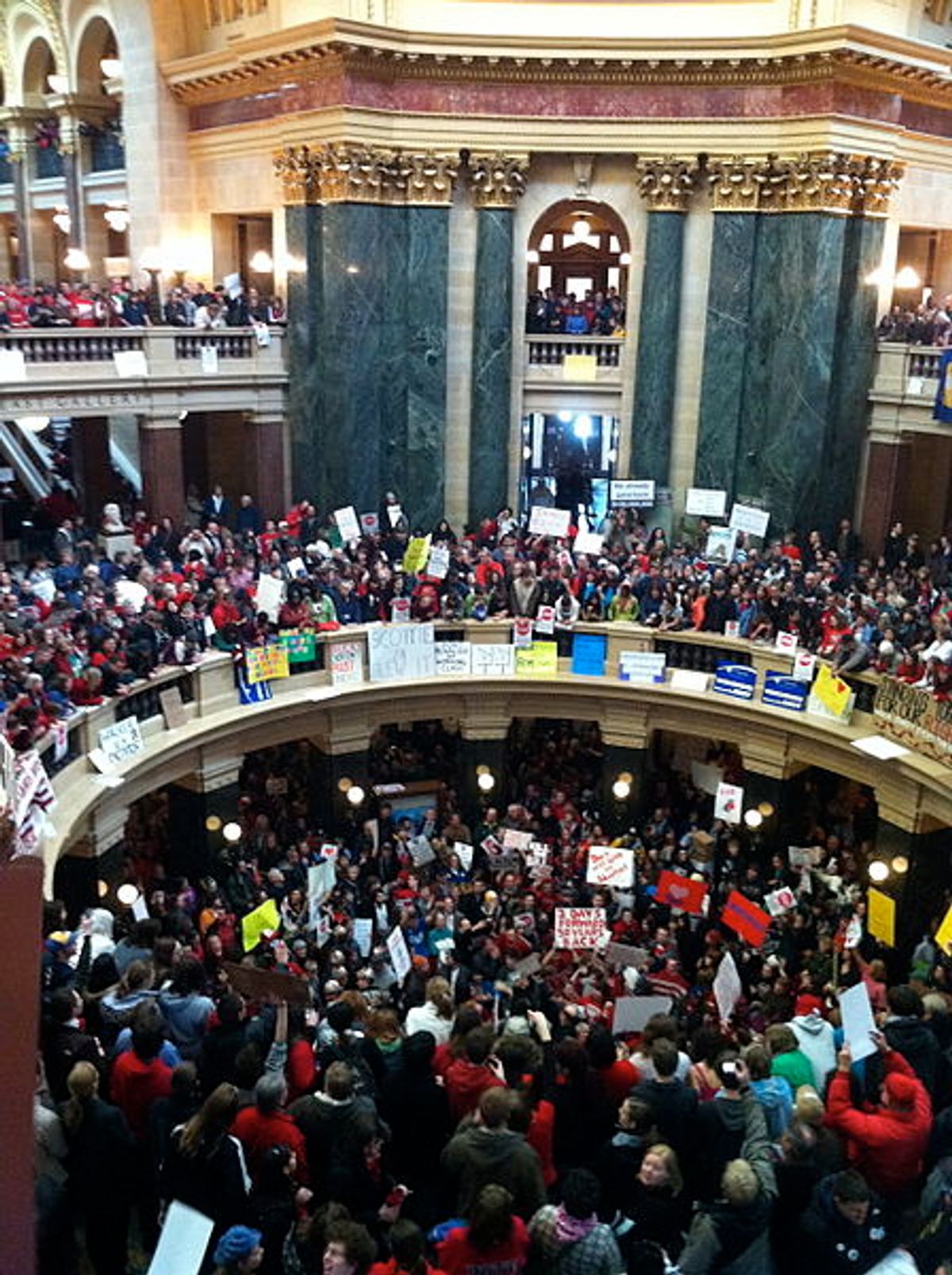 It's been three weeks  since Wisconsin became the epicenter of a nationwide debate over the legitimacy of public sector unions. The basics of the stand-off haven't changed. Republican Governor Scott Walker is still refusing to compromise on his plan to severely limit union rights for state employees. Meanwhile, the 14 Democratic senators who fled the state to forestall a vote on the legislation remain in Illinois.