The congressman's Muslim "radicalization" hearing must not turn into an ideological witch hunt, coalition says 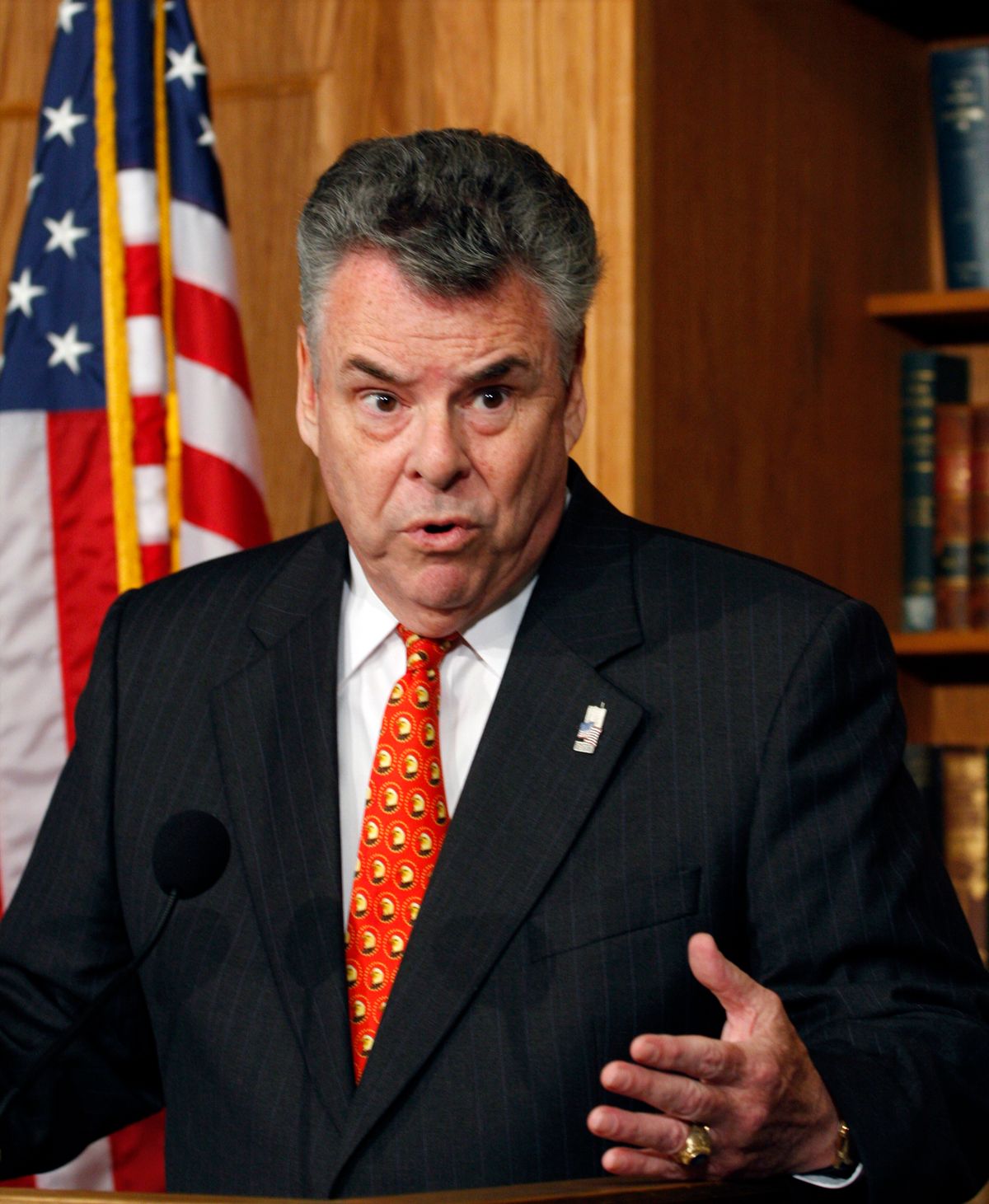 A coalition of more than 40 groups including the ACLU have fired off a letter to Rep. Peter King (R-NY) voicing concerns about the scope of his planned hearing on Muslim "radicalization" Thursday.

"[T]he Committee, like law enforcement, must distinguish between First Amendment-protected ideological beliefs – whether radical or not – and criminal terrorist activity or plots. Only the latter may properly be the subject of official inquiry. Congress simply has no business examining Americans’ religious or political beliefs in official hearings – even if these beliefs are considered 'radical' by some."

The letter also raises the specter of McCarthyism:

Treating an entire community as suspect because of the bad acts or intolerant statements of a few is imprudent and unfair, and in the past has only led to greater misunderstanding, injustice and discrimination. Erroneous theories of eugenics supported racist immigration policies and Jim Crow anti-miscegenation laws for decades. Misguided “red” scares and racism drove abominable policies like blacklists, McCarthyism and Japanese internment, betrayed American values and did not improve security. To avoid the same mistakes, the Committee should rely on facts and scientifically rigorous analysis, not biased opinions or unsupported theories positing a discernable “radicalization” process that are belied by available evidence. [iv] “Radicalization” is simply a euphemism for religious and ideological profiling, which can only lead to further discrimination.

On the point of scientifically rigorous analysis, it's worth linking to a new study by the Muslim American Public Opinion Survey that found that "involvement with the mosque and increased religiosity increases civic engagement and support for American democratic values." It will be interesting to see if that study comes up on Thursday.

The full letter from the ACLU and the other groups can be read here.