Does promiscuity cause depression? 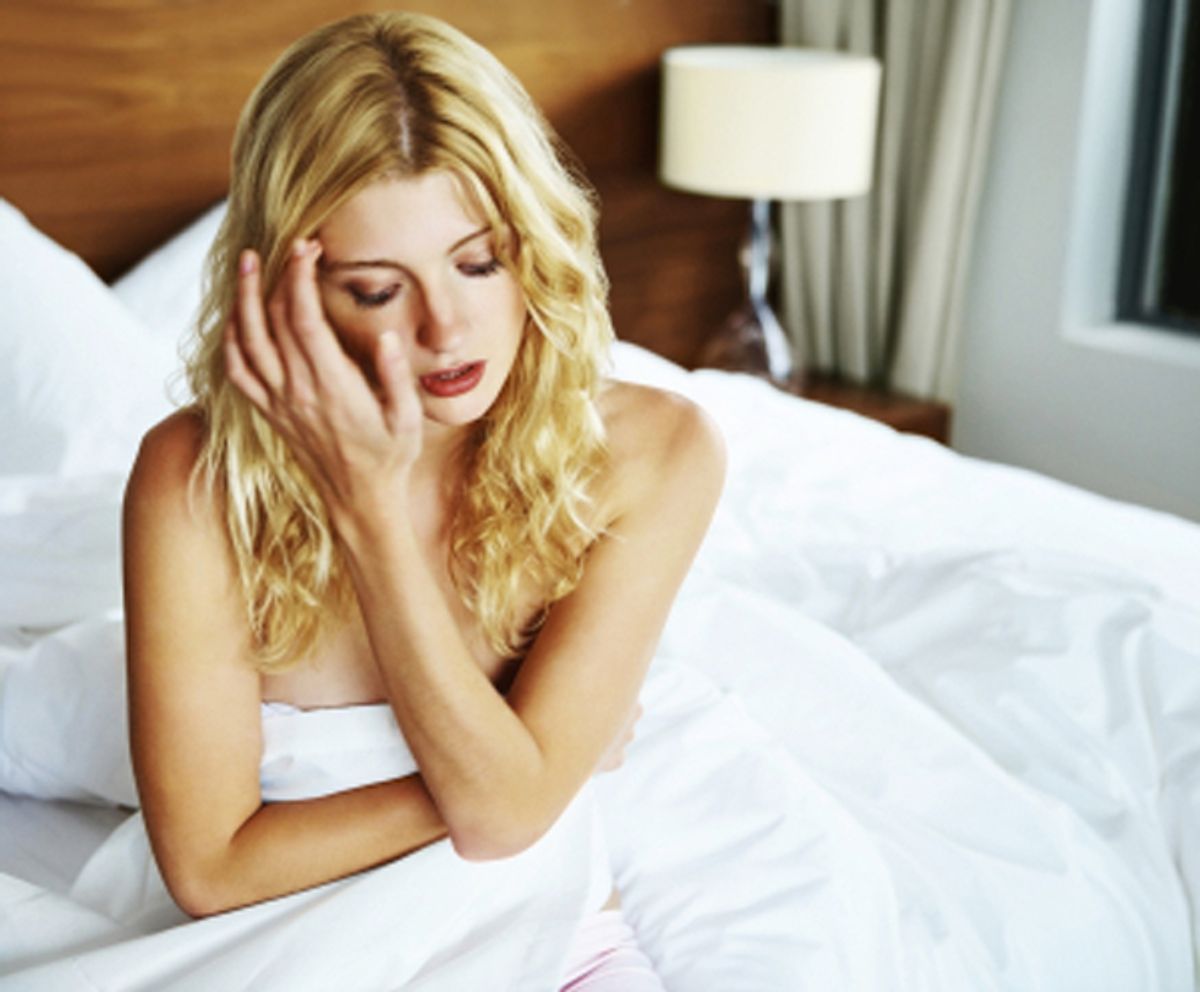 Ross Douthat's pro-monogamy argument in yesterday's New York Times came as no surprise. But the conservative columnist's claim that monogamy "increases the odds that [women's] adult sexual lives will be a source of joy rather than sorrow" did make me wonder: What do we really know about the connection between promiscuity and happiness?

Not much, it turns out. Douthat based his assertion on recent research by sociologists Jeremy Uecker and Mark Regnerus -- who I interviewed earlier this year. As he summarized, the study found that "the happiest women were those with a current sexual partner and only one or two partners in their lifetime." He also noted that a "young woman’s likelihood of depression rose steadily as her number of partners climbed and the present stability of her sex life diminished." But we all know that correlation is not causation, right? These findings don’t tell us whether it's sleeping around that triggers depression. All we know is that there is an association between the two that could be explained any number of ways.

I went to Andrew Oswald, a professor of economics and behavioral science at the University of Warwick, for some background. He did, after all, conduct one of the first large American studies on the matter of happiness and sex. "It is true that there is evidence that the happiest individuals (men or women) have a single sexual partner," he wrote by e-mail. His 2004 paper, "Money, Sex and Happiness: An Empirical Study," found that "the happiness-maximizing number of sexual partners in the previous year is 1." In other words: The happiest people -- men and women -- were those who had only slept with one person in the past 12 months. But he adds, "A lot of people might guess this without looking at our kinds of statistical equations. If you have found the right person in life, you are content and cheery."

Moving beyond that common-sense interpretation, though: "As a statistician and behavioral scientist, there is no compelling reason to think that larger numbers of sexual partners are truly 'causing' less happiness," he says. It's more likely that the reverse is true. "I find Ms. Right; she makes me happy; I then don't need to look for any other sexual partners," he says. "Until I find Ms. Right, it is quite rational to have plenty of sexual partners, and as a bonus it's fun along the way." The problem is that it's hard to conduct a solid lab experiment on such a thing -- "it is not like testing a new sleeping pill against a placebo," he says. "Until the U.S. National Science Foundation allows us to randomly assign sexual partners to people in lab experiments, and if that happens I certainly have some undergraduate students who would happily sign up to that experimental roster, we are going to have to be super cautious before reading too much causality into the (interesting) correlations that we see in data."

As for Regnerus, who wishes that people would read his book instead of relying on media sound bites, he tells me he wouldn't have described the scenario in terms of "joy and sorrow," but that Douthat basically represents his findings accurately. He notes, though, that his book, "Premarital Sex in America: How Young Americans Meet, Mate, and Think About Marrying," spends several pages "going over the reasons for [the association], and considering the possibility of reverse causation." For example, Regnerus and his co-author note, "Even in high school, girls who become romantically involved (with or without sex) are more likely to become depressed over time ... than are girls who don't, according to one study." Ultimately, while they conclude "that there is definitely evidence for 'selectivity,' that is, things that would predict both depression and more numerous partners, the story that Douthat describes is not untrue" -- but, you know, it's also not necessarily true.