Romance novels for the hardheaded woman 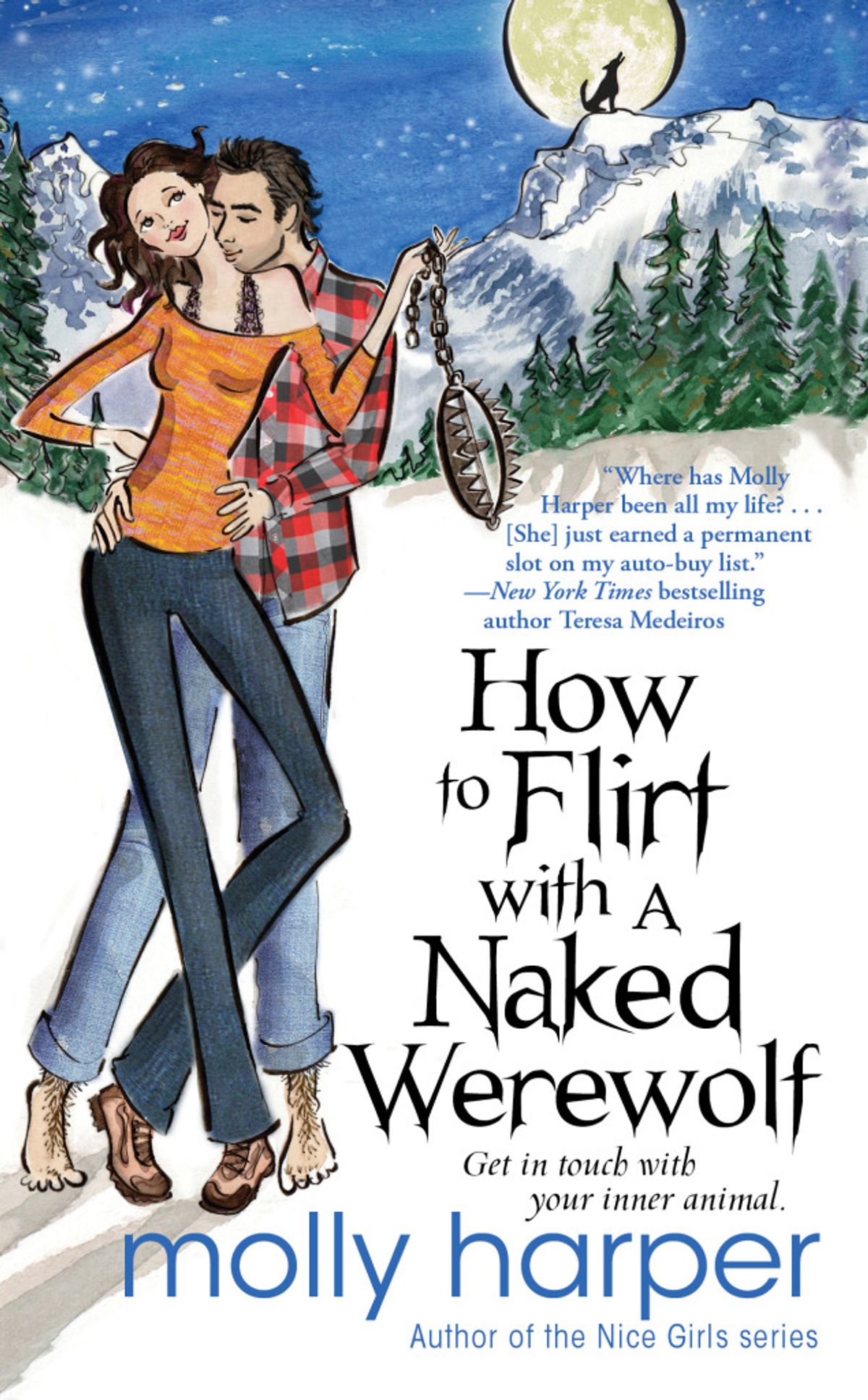 Most women would agree that it's preferable to be labeled a goddess than "hardheaded." It's true that Cat Stevens celebrates his hardheaded woman -- she'll "make me do my best" -- but Elvis Presley has a different take, calling her "a thorn in the side of man." Love songs aside, a man with a "head like a rock" is not high on my list of ideal spouses. However, these five novels make a strong play for the desirability of a stubborn partner. The problem is that a hardheaded person is likely to have planned out his or her life without including you. And he or she is unlikely to want to change direction.

Julia London's "A Light at Winter's End" is a complex and heartbreaking novel about a country western songwriter, Holly Fisher, whose sister has a breakdown and dumps her baby on Holly's doorstep. Heather graduated valedictorian, married the perfect man, and wears diamonds and heels. Holly, on the other hand, has stubbornly kept writing country music her entire life, in the face of her family's conviction that she's a drifter and a failure. Holly's career is finally taking off when she has to move to the country to take care of the nephew she hardly knows. Her neighbor turns out to be a lonely cowboy, Wyatt Clark, who knows more about babies than she does, since his wife left him, taking their child. Together Holly and Wyatt forge a sweet, tentative and joyful family -- until Heather reappears. When Holly, sans baby, is swept off to Nashville, she leaves Wyatt behind. She's spent her whole life fighting to be a singer, and she can't imagine changing direction -- even just to include Wyatt in her plans. It takes her quite a while to realize that she'd been a fool to think that her life had to go as planned. When she tells Wyatt that she misses him, that she loves him more than anything, "more than music," it's doubly romantic because we've watched her fight so hard against that realization.

Jill Mansell's "Staying at Daisy's" features another woman whose stubbornness almost costs her a happy future. Daisy MacLean's husband was in a car crash with the girlfriend Daisy knew nothing about -- and who turned out to be pregnant. So Daisy avoids charming men like her former husband, especially Dev Tyzack, a sarcastic, gorgeous man with the habit of saying things like, "You know, if you relaxed more, I'm sure you could find a husband." Daisy doesn't kill him on the spot, which is a tribute to her self-control. But her self-control is also the problem: She can't relax enough to admit that Dev might break the mold. Like Holly, Daisy cannot picture a future other than the one she has planned for herself. It takes a head like a rock to inform Dev that now they've had their fling, "you and I will never see each other again, and we'll all live happily ever after." But in her blow-off is the clue to the hardheaded person's primary mistake: they have already decided exactly how to live happily ever after. It's not easy for Daisy to take the plunge and realize that a safe life is not necessarily a happy one.

Cathie Linz's hero in "Bad Girls Don't" knows exactly what he doesn't want in his life: chaos. Skye Wright, a single mom, belly dancer and self-proclaimed free spirit embodies chaos. Sheriff Nathan Thornton is repelled by the very idea of a girl with a purse full of unpaid driving tickets, and the conviction that waving a smudge stick around her apartment will "cleanse" it. Too bad this former Marine's commonsense is overruled by fierce desire. This is an enchanting novel, full of funny characters and -- at its heart -- a stubborn man who does his best to resist when Skye dances her way into his life. As with Daisy, there's a tragedy at the heart of Noah's stubborn wish to color within the lines. And in her own way, Skye is just as hardheaded: She wouldn't have considered a policeman as a boyfriend in a million years. But as she says, Noah doesn't "kiss like an uptight cop." Noah and Skye bring out the best in each other: He grounds her, and she takes the edge off his cautious approach. If you haven't discovered this happy, funny book, grab it -- and then save it for a rainy day.

Tamara Hogan's "Taste Me" offers a fascinating riff on a similar couple. Scarlett Fontaine is a rock star with all that label entails -- fans, grueling tours, amazing musical ability, a wild lifestyle. Lukas Sebastiani is a lot closer to Noah. He's not a cop -- and since this is set in a paranormal parallel universe, he's actually an incubus -- but as head of Sebastiani Security, he has a cop mentality with, as he puts it, "control issues." He doesn't want to be with Scarlett because he can't be absolutely certain that he can protect her: "Intellectually, he knew that he had to step back, let her take risks, to live her life -- beautiful, wild, and free." This makes Scarlett sound a bit like a lioness in "Born Free," but Lukas' and Scarlett's clash is classic. Where Scarlett sees a shooting star, Lukas sees space debris hitting the atmosphere. "Taste Me" is a fantasy, with a secondary plot that involves a crazed murderer with a possession problem. But the fun of the story isn't merely in its paranormal flourishes (though the co-existence of Annie Leibovitz and fairies is a burst of creative anachronism) but in the collision of two hardheaded people. Both "Taste Me" and "Bad Girls Don't" make it clear that airy-fairy, politically correct girls can be just as narrow-minded as the obstinate, conservative men who long to keep them safe.

Molly Harper's "How to Flirt With a Naked Werewolf" pushes the pairing of a free-spirited heroine and a hero with uncanny abilities and overprotective instincts to hilarious extremes. Mo Weinstein has dropped everything in her life, put her belongings in a beat-up Ford, and rented a tiny house in Grundy, Alaska -- as far from her parents and the "lower 48" as possible. In short, she's the epitome of a free spirit, although she desperately wants to deny that her hippie parents had anything to do with her choices. Mo's first rebellion had her almost married to a Christian conservative with membership in the Steak of the Month club; her second takes her to Alaska. She meets Cooper Graham as soon she enters Grundy. He's the opposite of the "normal" man she hopes to find: He's a werewolf who hates back-to-nature weirdos (read "free spirits"). And Mo realizes, with a sinking heart, that he's just her type: "That cinched it. He was an asshole. I was definitely going to end up sleeping with him." "How to Flirt" is a rollicking, sweet novel that made me laugh aloud. Cooper is the epitome of a stubborn male, determined to stay far away from Mo until he's certain he can protect her. But it's really Mo's wisecracking, hilarious voice that makes this novel such a pleasure to read.

There's a canonical base to each of these novels, obviously: opposites attract. But I think the real pleasure of watching an obstinate man or woman fall in love is that they try so passionately to avoid it -- and that burst of emotion makes for great romance. When Lukas, in "Taste Me," finally succumbs to the lust and love he's been fighting, Scarlett says he "tasted of coffee and desperation": That desperation is a reader's treat. It's hard not to finish reading these five novels and find yourself agreeing with Cat Stevens: once a hardheaded man (or woman) stops fighting the conviction that he doesn't want you, "the rest of your life will be blessed."

Eloisa James's latest romance is "When Beauty Tamed the Beast."

Please do check out Eloisa's past columns in the "Archives," and if you'd like to get her reaction to romances as she reads them, follow her on Facebook or Twitter. Offers lots of places for you to share your reactions to your favorite books. There's the Romantic Reads Book Club, not to mention our daily romance blog, Heart to Heart, where readers chat about the hottest news in the world of romance, from favorite authors to scorching love scenes.

For sneak peeks at all Eloisa's romances, please visit her web site at www.eloisajames.com.