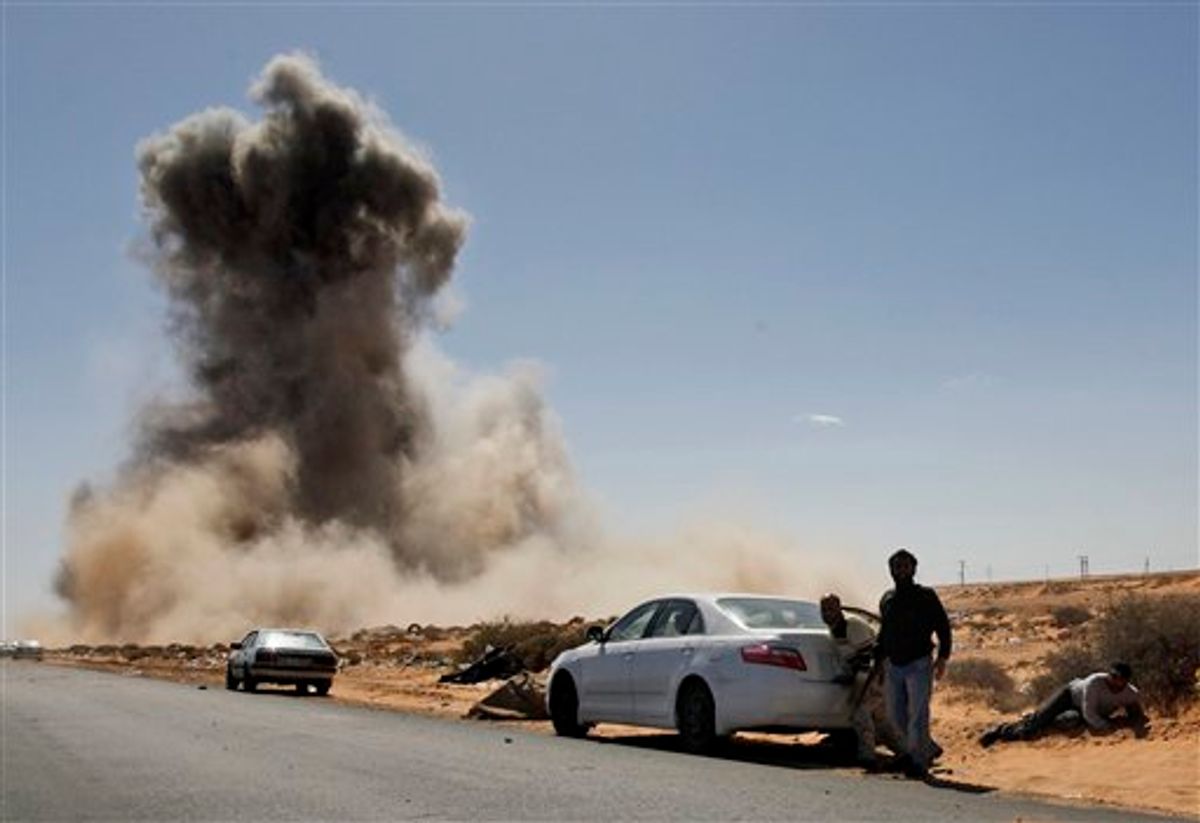 Smoke raises following an air strike by Libyan warplanes near a checkpoint near to the anti-Libyan Leader Moammar Gadhafi rebels checkpoint in the oil town of Ras Lanouf, eastern Libya, Monday, March 7, 2011.Forces loyal to Moammar Gadhafi have launched an airstrike against a rebel position in a key oil port. There were no casualties in the Monday morning attack in Ras Lanouf.Libyan rebels say they are regrouping after forces loyal to Gadhafi pounded opposition fighters with helicopter gunships, artillery and rockets on Sunday to stop the rebels' rapid advance toward the capital. (AP Photo/Hussein Malla) (AP)
--

Military experts say a potential no-fly zone over Libya would have little impact on Moammar Gadhafi's use of attack helicopters against rebel forces and civilians.

The International Institute for Strategic Studies launched its annual report on military might Tuesday. It says Libya's military has around 35 attack helicopters.

Experts claim the methods used to enforce restrictions against jets often struggle to pick out small and slower moving helicopters.

Europe and the U.S. are tentatively examining plans for a possible no-fly zone, though no decision has yet been made to introduce a resolution at the U.N. Security Council.