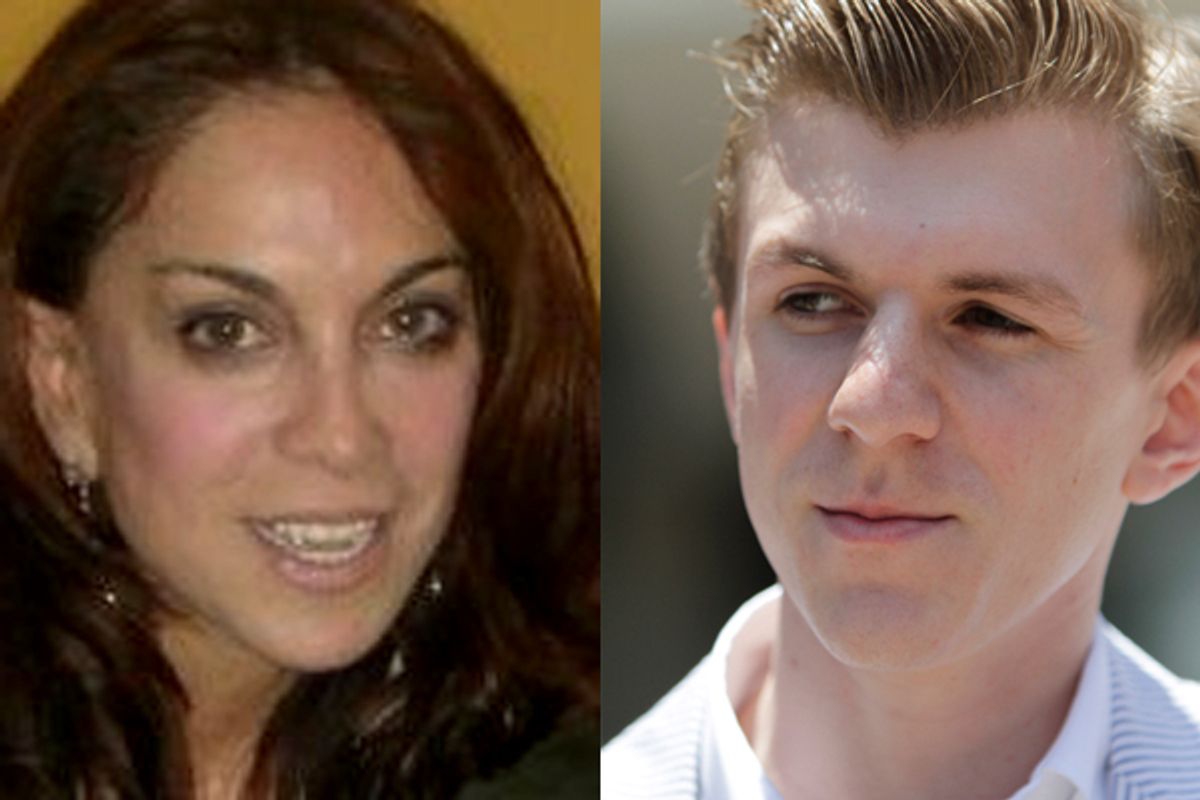 (UPDATED) Conservative activist James O'Keefe today released a sting video showing an NPR fundraising official saying impolitic things to a couple of (fake) potential Muslim donors. A key part of the sting was the creation of a hoax website for the fake group the donors represented, the Muslim Education Action Center (MEAC).

The website for MEAC read a lot like a right-wing cartoon version of radical Islam -- so perhaps it's not surprising that a few notoriously anti-Muslim bloggers were apparently taken in by the hoax website. (It's not clear that the NPR officials ever saw the site.)

Pamela Geller, the blogger who deserves much of the credit for starting the "ground zero mosque" controversy, seized on MEAC's website way back in January, pointing to passages on the website that promoted the bogeyman of sharia:

"We must combat intolerance to spread acceptance of Sharia across the world," the site read. And added: "One path is continued confusion, hatred, intolerance and discrimination, and the other is the truth and beauty of the Quran. America has been struggling with which road to choose primarily because it does not know or understand the beauty of our holy teachings."

There's a chance that Geller was in on O'Keefe's hoax all along (I've e-mailed her inquiring about this), but her January post certainly comes off as genuine. Here's what Geller wrote about MEAC, offering a "hat tip [to] Western feminista" for pointing out the site:

"I'd rather blow up the world than live as a slave. As for [MEAC chairman] Bin Talal, we have to stop financing our executioners. Enough dollars for jihad. We need to throw the left-enemy out of power and start drilling and mining our own resources. We must throw off the shackles that the enemy within has enslaved us with."

Geller today has a new post up in which she writes: "This sting site was the front for a ruse to see if NPR was jihadist-sympathizing. They didn't just take the bait, they surprised even the most jaded among us."

Another Muslim organization in the U.S. actively promoting Islamic sharia law in the United States. This group doesn’t hide it though.

UPDATE: I had a rather cryptic email exchange with Geller. Asked whether she knew about the hoax in January, she said:

"I am very pleased at the results of the MEAC operation and not in the least surprised about what it revealed about NPR."

When I followed up and asked again, she responded: "Surely even you realize that if I had explained what was going on at the time I put up my post, there would have been no operation to expose npr at all."