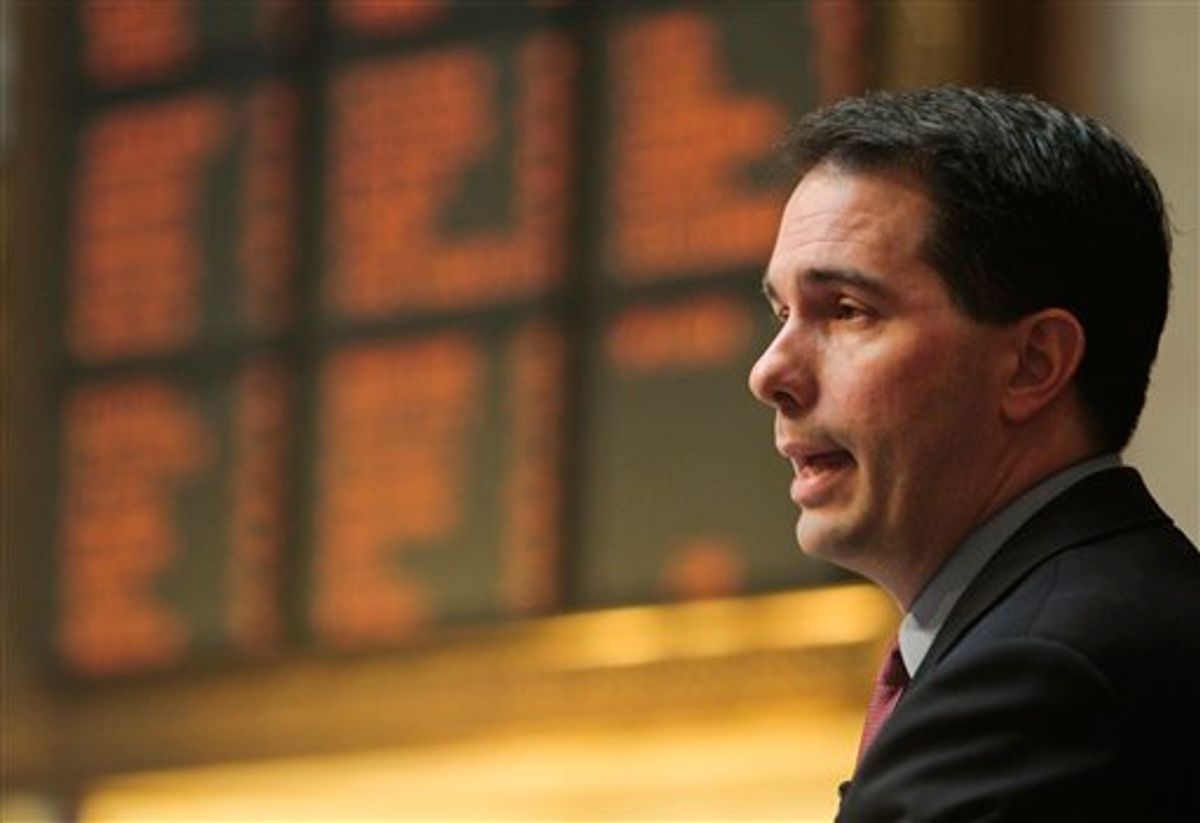 The Wisconsin Democratic Party has filed an ethics complaint against Republican Gov. Scott Walker over statements he made during a recorded prank call.

In their complaint filed Monday with the Government Accountability Board, the Democrats claim Walker violated campaign finance laws by apparently asking for support for politically vulnerable Wisconsin Republican lawmakers from a caller who he thought was a wealthy campaign donor.

The call to Walker was made by a left-leaning website. The caller claimed to be David Koch, one of two billionaire brothers who donate heavily to conservative causes.