What's the point of owning a cellphone or laptop when you're knee-deep in sewage and have no clean water? 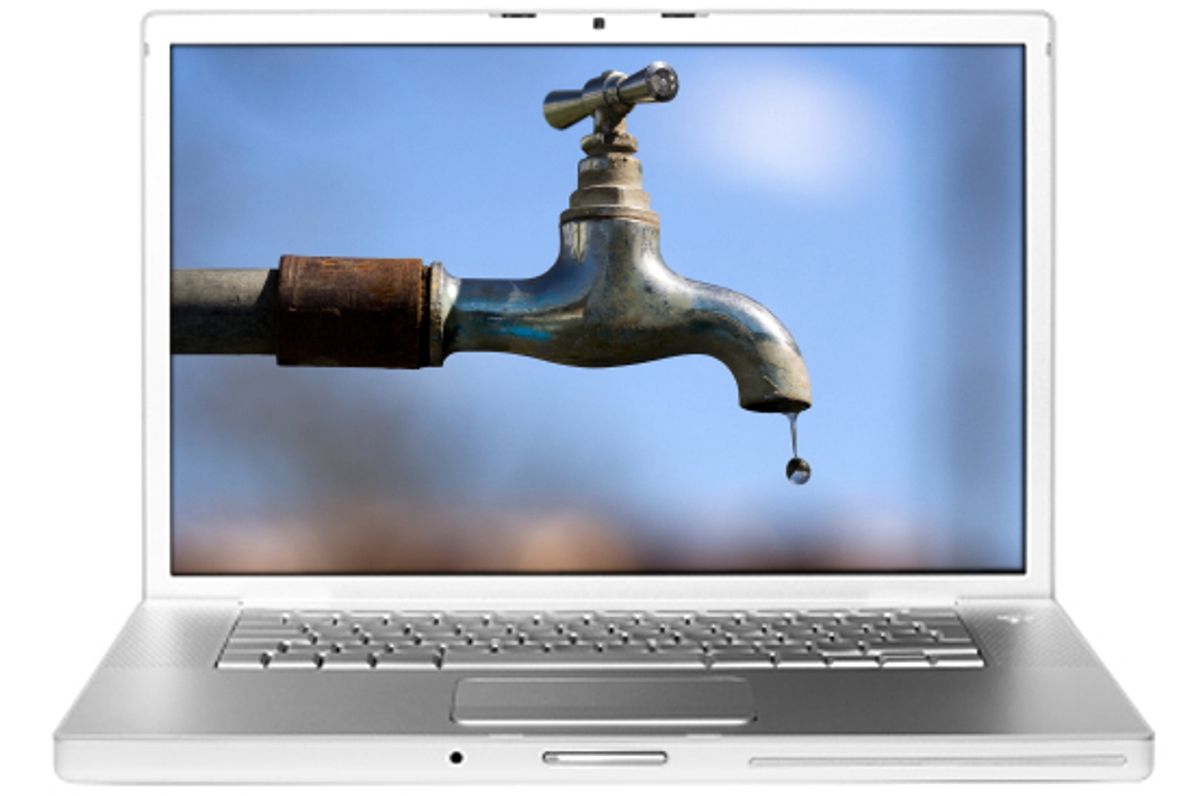 "Is there not something desperately wrong," I wondered, writing from Thailand in a column a few weeks ago, "in a world where everybody has a mobile telephone but nobody has clean drinking water?"

I was using hyperbole to make a point, but this isn't quite the exaggeration it might seem. Those who've traveled know what I'm talking about, and have seen the ways in which technology -- the mobile phone being the most ubiquitous example -- has crept into every corner of the planet. It has cut across every class line, into the tiniest rural village and the most fetid urban slum.

There are those who mark this as progress, but I am not seeing it that way. Not when the most elementary human needs -- water, healthcare, education and basic sanitation -- go ignored at every level. What exactly is the benefit -- to society or to the individual -- of owning a cellular telephone when you're illiterate and knee-deep in sewage? I understand the benefits of electronic connectivity -- the values of the Internet and wireless communications. But in certain contexts they are somewhere between overrated and irrelevant, and I fail to see the upward mobilization, the "empowerment," that is either the symptom or the cause of a growing addiction to phones and computers.

I recently read how the standard of living in Egypt has doubled in the past 20 years. Is that the same Egypt in which I saw a makeshift traffic circle constructed entirely of garbage, with its vast neighborhoods of crumbling apartments and smothering blankets of air pollution? You can cite all the statistics you want. My eyes show me that the world is as filthy and desperate as it's ever been. Meanwhile there is something wholly upside-down about a system that measures success in terms of access to gadgets.

Granted, any individual, wealthy or poor, is entitled to buy a phone if he or she desires one, but it's especially distressing when governments foster and subsidize an inverted sense of priorities. I was in Guyana recently -- one of the poorest countries in the Western Hemisphere. The government there is planning to spend $30 million over the next three years giving away laptop computers to children and families -- part of the One Laptop per Child initiative. Praise humanity, for now the children of Guyana can have their own Facebook pages. Meanwhile, in the capital city of Georgetown, people urinate into sidewalk gutters, and the drinking water is so polluted that it actually runs brown from the tap. This is progress?

Poor kids in poor countries do not need laptop computers. Or if they do, they need other things first.

Is there some tenet of economics that I'm failing to grasp? Am I guilty of some naive conflation? Was the advent of the microprocessor really an important step toward empowerment and development?

A key to profits, it has been, if nothing else. Profits for the likes of Microsoft and Apple, Nokia and Motorola. This explains much.

Profits explain lots of things, including the reasons that governments in developing nations are lazy to enact critical but expensive improvements in public works. Why spend the money when investors and corporations can take care of it, reaping billions while pretending to fix the problem? Take something as crucial as safe drinking water, access to which ought to be a basic human right. In much of the developing world, drinking water no longer comes from the tap, it comes from a plastic bottle, sold and distributed by conglomerates like Nestle and Coca-Cola. Across the U.S. and Europe we've seen a backlash against the conspicuous consumption of bottled water. But in much of the Third World, for rich and poor alike, bottled water isn't just a luxury for tourists, it's the only viable option.

Globally, the production and transportation of bottled water uses millions of barrels of petroleum every year, and only a small fraction of bottles are ever recycled. Many are tossed into the street or into the ocean. They are used for five minutes, then spend centuries polluting the earth.

I digress, I know. This column is called "Ask the Pilot" and I'm supposed to be talking about airplanes and the airline business.

Though in many ways, that is what I'm talking about. For a pilot, international flying has its privileges, for sure: long layovers in exotic cities, luxurious hotels, five-course crew meals. But it also has its downsides, not the least of which is a firsthand view of some of this planet's more unfortunate realities. The depressing, demoralizing aspects of travel are something I've described before, but the world never ceases to suffocates one's optimism.