Do Democratic senators finally have a budget game plan? 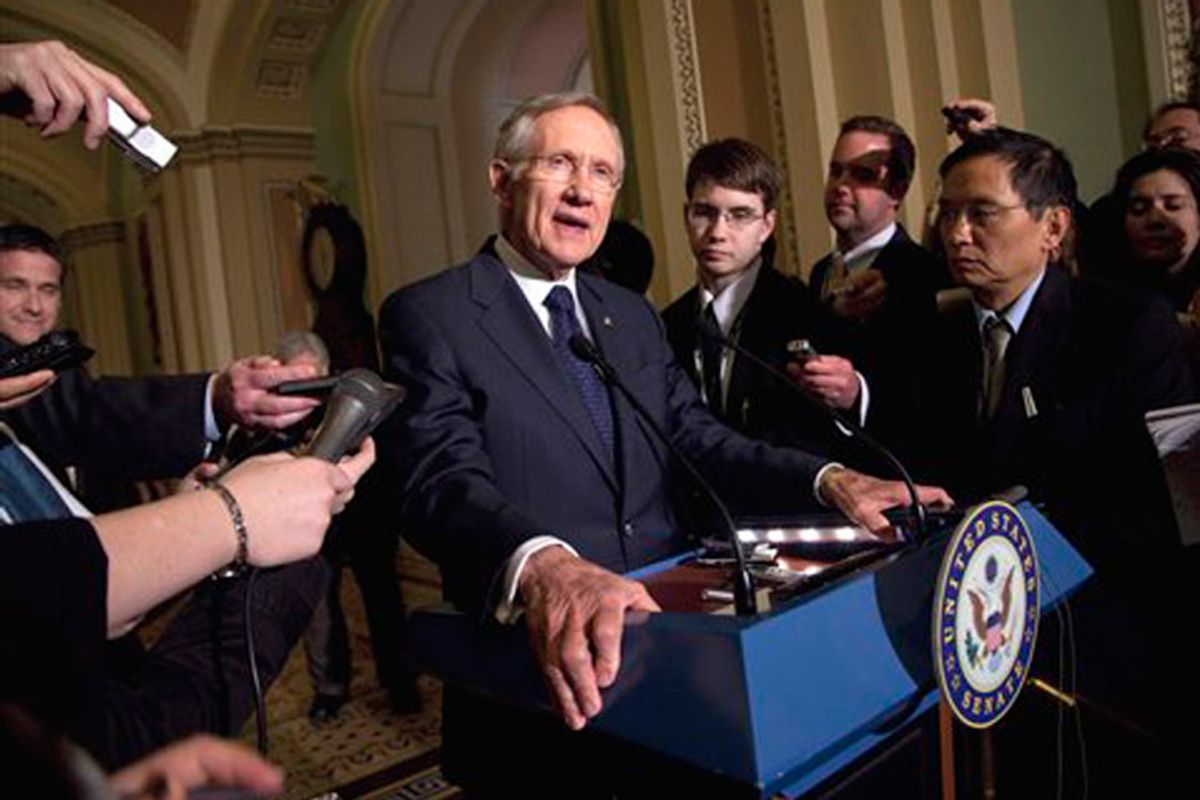 The Wall Street Journal is reporting that Democratic Senators have finally come up with a potentially meaningful gambit in the budget showdown.

Senate Majority Leader Harry Reid (D., Nev.) said that efforts to bridge the parties' $50 billion difference in proposed budget cuts for the remainder of fiscal-year 2011 could reach beyond domestic discretionary spending and move into tax policy and programs such as farm subsidies.

The Washington Post's Ezra Klein and FireDogLake's David Dayen were quick to approve.

We're not going to find any real answers to our budget woes by cutting discretionary spending. That's not where the problem is. Entitlements, tax expenditures and rates, and even defense spending make more sense for a deficit-reduction deal.

In a political sense, this works for Democrats. They now get to say that their counterparts on the right are not serious about the budget. Because they're not. They're trying to balance a 40 percent gap with 12 percent of the spending. If the bluff is called, a longer-term deal at least spreads out the spending cuts over a number of years, and will be a lesser short-term shock to the economy.

Meanwhile, Politico editorializes that the inevitable rejection of the House spending cut proposal by the Senate may force House Speaker John Boehner to be more open to compromise, and there are even some signs that a handful of Republican Senators are acknowledging that revenue increases are necessary for a long term deficit-reduction solution.

It's encouraging to hear discussion of a more comprehensive solution to the nation's fiscal situation, even if most of the rhetoric is mere posturing. But it's hard to see how any of this will alleviate the pressure to come up with another round of quick -- and potentially economically deleterious -- budget cuts to get the House GOP to agree to another short term continuing resolution that keeps the government open past March 18.

And in the meantime, there's still one voice that's conspicuously absent from this debat e-- the voice of the man best situated to propose a long-term strategy that protects the economy in the short term and reduces deficits in the long term.

Once again, where is Obama?