A Chinese blogger can't have a page with his English pen name, but Zuckerberg can create one for his dog ... 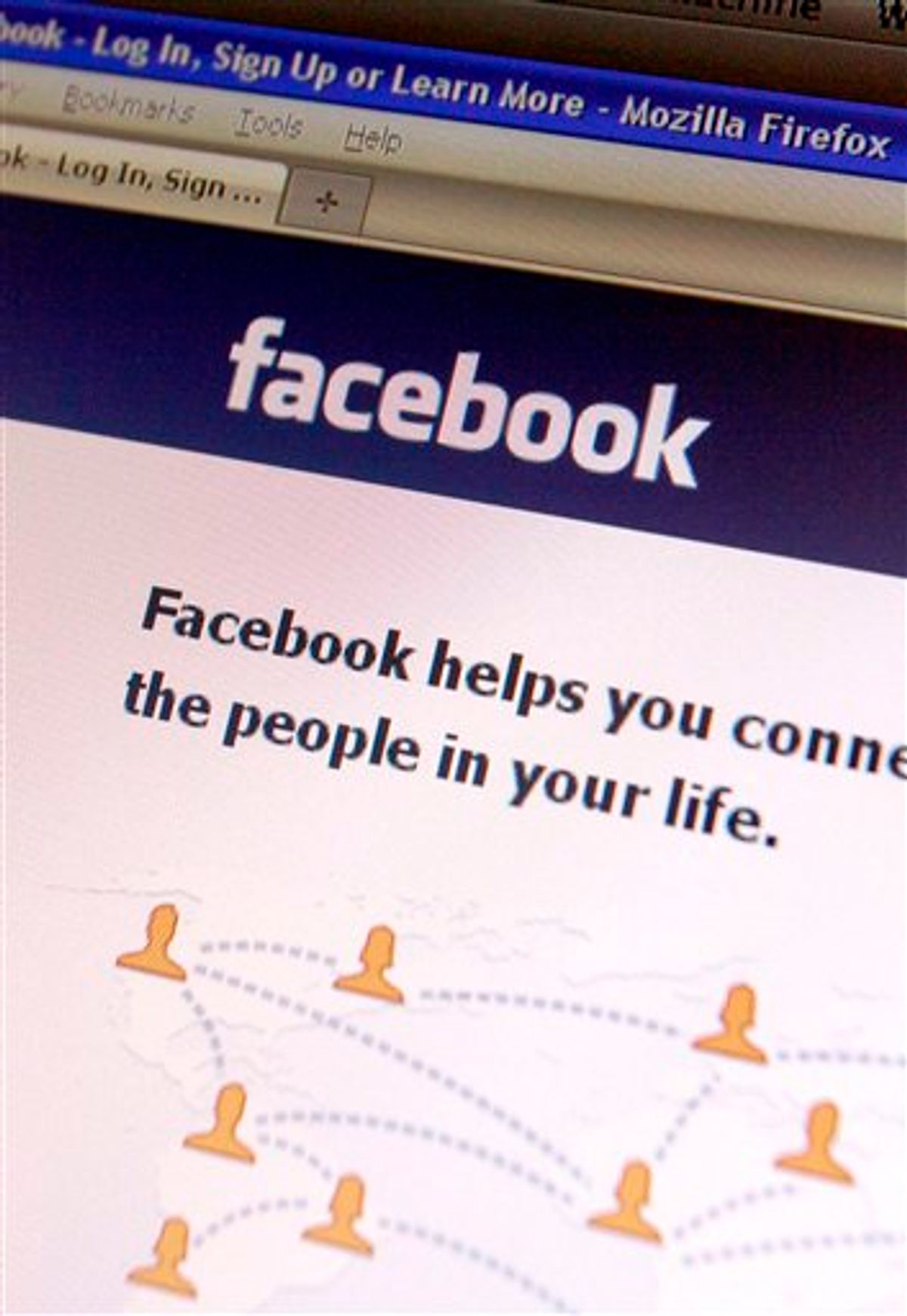 In this Feb. 11, 2011 photo, a Facebook page is seen on a computer in Montpelier, Vt. Facebook on Thursday, Feb. 17, added civil unions and domestic partnerships to the list of relationships that its users can pick from to best describe their romantic status. (AP Photo/Toby Talbot) (AP)
--

Facebook's policy requiring all members to use their legal names on accounts is meant to foster a safer and more accountable environment. But Chinese blogger Michael Anti says that the tech giant's rigid implementation of the policy is unfair -- that, in particular, it ignores cultural norms specific to Chinese writers, who use English names in their professional lives.

Michael Anti -- who writes under an English nom de plume that differes from his birth name, Zhao Jing -- discovered recently that his Facebook account had been deleted for violating the "real name" policy. Anti has used the alias for several years, both in writing and in his communications with Westerners, and is widely recognized by the name. He even sent Facebook a copy of a certificate from a Harvard fellowship he completed as proof of his name's validity, but was rebuffed yet again.

It's insulting. They think my academic and journalistic work is less real than Zuckerberg's dog? I have lost more than a thousand contacts overseas ... It is part of my life.

By now, Michael Anti must be accostomed to fighting bans. In 2005, Microsoft deleted Anti's blog, folding against pressure from the Chinese government.


Read more on this story at The Guardian