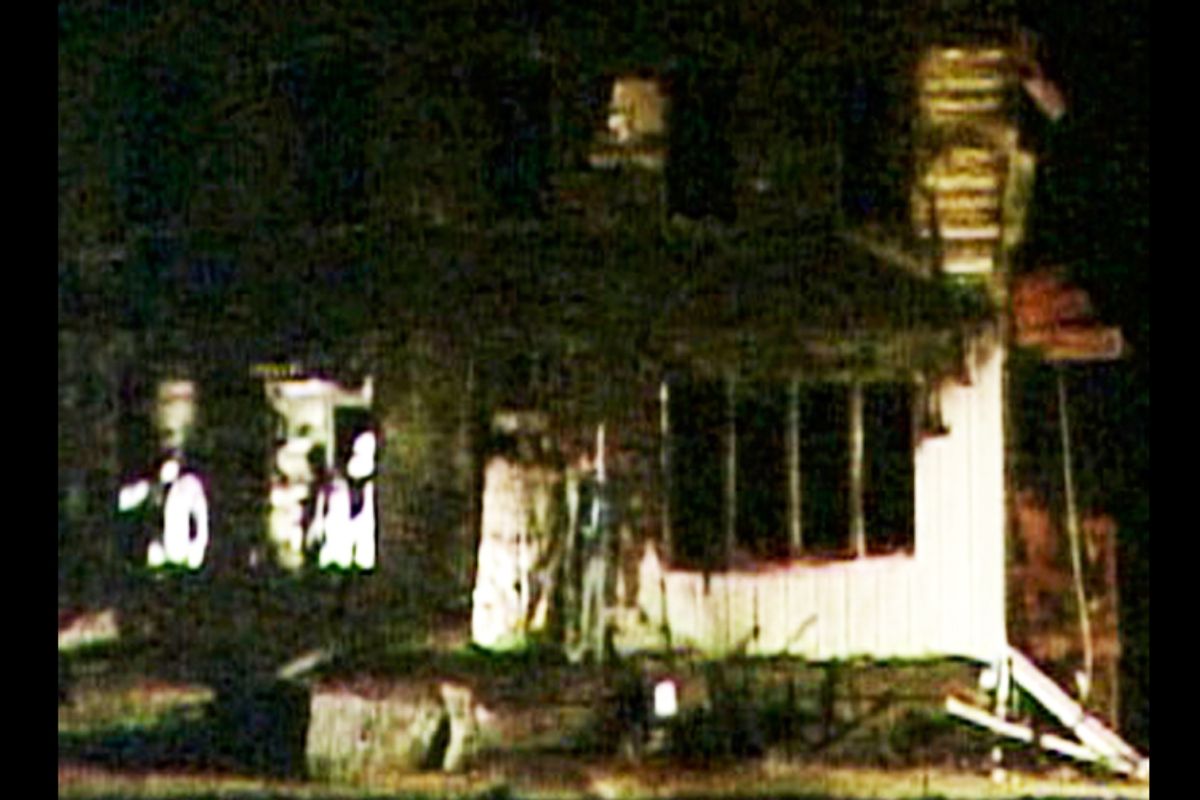 This image from video provided by WHP TV shows the charred remains of a Blain, Pennsylvania farm house where seven children died after the house caught fire Tuesday night.
--

Seven children, including a 7-month-old girl, perished in a fast-moving fire in a home on a Pennsylvania dairy farm while their mother milked cows and their father dozed in a milk truck down the road, police said Wednesday.

No cause or origin of the fire had been determined by early Wednesday morning, but the children's grandfather, Noah Sauder, told The Associated Press the blaze may have started in the kitchen, where the family used a propane heater. Fire marshals were investigating.

Public records indicate the parents are Theodore and Janelle Clouse. A neighbor described the family as hard-working.

Police said the children's father had left the two-story home on a working farm in dairy country not far from the state capital, to begin his rounds hauling milk around 10 p.m. Tuesday. Two children, ages 2 and 3, were watching television at the time.

The father picked up milk and then parked the truck about a mile from home before nodding off, state police Trooper Tom Pinkerton said.

Soon after, the 3-year-old smelled smoke in the home and ran to the barn to alert her mother, who apparently tried to get into the house. The woman then ran to the homes of two neighbors before getting someone to call 911, then ran with the child to the father's truck and banged on its windows, screaming that their home was on fire, he said.

By the time the father returned to the home it was fully engulfed by flames, Pinkerton said. Firefighters had arrived and were battling the blaze at the charred home.

The Perry County coroner ruled the children died of smoke inhalation, Pinkerton said. Officials said they were six girls, ranging in age from 7 months to 11 years old and a 7-year-old boy.

A neighbor, Deana Doran, said her dog's barking woke her up around 11 p.m. and she thought she heard someone calling, "Hello! Hello!"

She told The Associated Press she saw the first-floor rear of the home burning and dialed 911. Once she got outside she saw the flames spreading to the rest of the home.

Doran said her 10-year-old son was friends with the 11-year-old girl who lived at the home.

"He plays with her every day," Doran said, visibly distraught. "I don't know how I'm going to handle this with him."

Friends and family were outside the gutted home on Wednesday morning to help milk cows and do other chores. Sauder, the children's grandfather told the AP the parents were awake and talking to people, just trying to find ways to cope with the tragedy. The father, he said, was out talking to friends and workers on the farm.

"He seems he might be just as good as to keep a little busy," said Sauder, who at times struggled to express his emotions. "It's really hard, I'm sure."

The house is one of a cluster of homes near an intersection in Loysville, a rural stretch of farm land about 25 miles west of Harrisburg.

Police said the family wasn't Mennonite, although many Amish and Mennonite families live in the area.

Authorities temporarily closed part of a highway near the farm because of the fire.