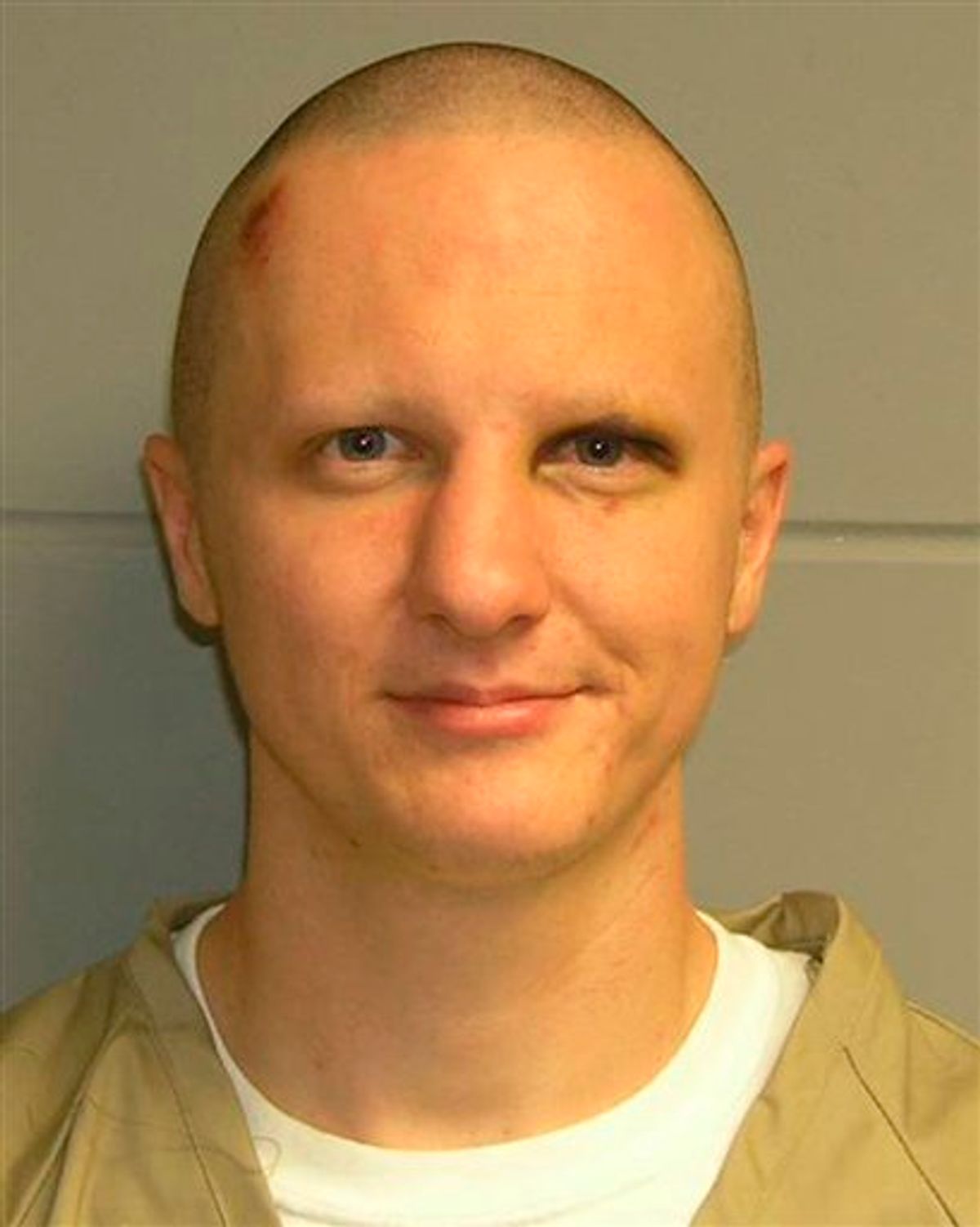 FILE - This photo released Tuesday, Feb. 22, 2011, by the U.S. Marshal's Service shows Jared Loughner. A judge on Wednesday, March 9, 2011 will consider whether to order the suspect in the Tucscon, Ariz., shooting rampage to give handwriting samples to compare with documents seized in a search of his home. (AP Photo/U.S. Marshal's Office, File) (AP)
--

Jared Lee Loughner was in court today on 49 new charges stemming from January's shooting of Rep. Gabrielle Giffords and numerous bystanders. Loughner is accused of killing six people and wounding 13. This is the latest in a string of recent developments in the Loughner case: