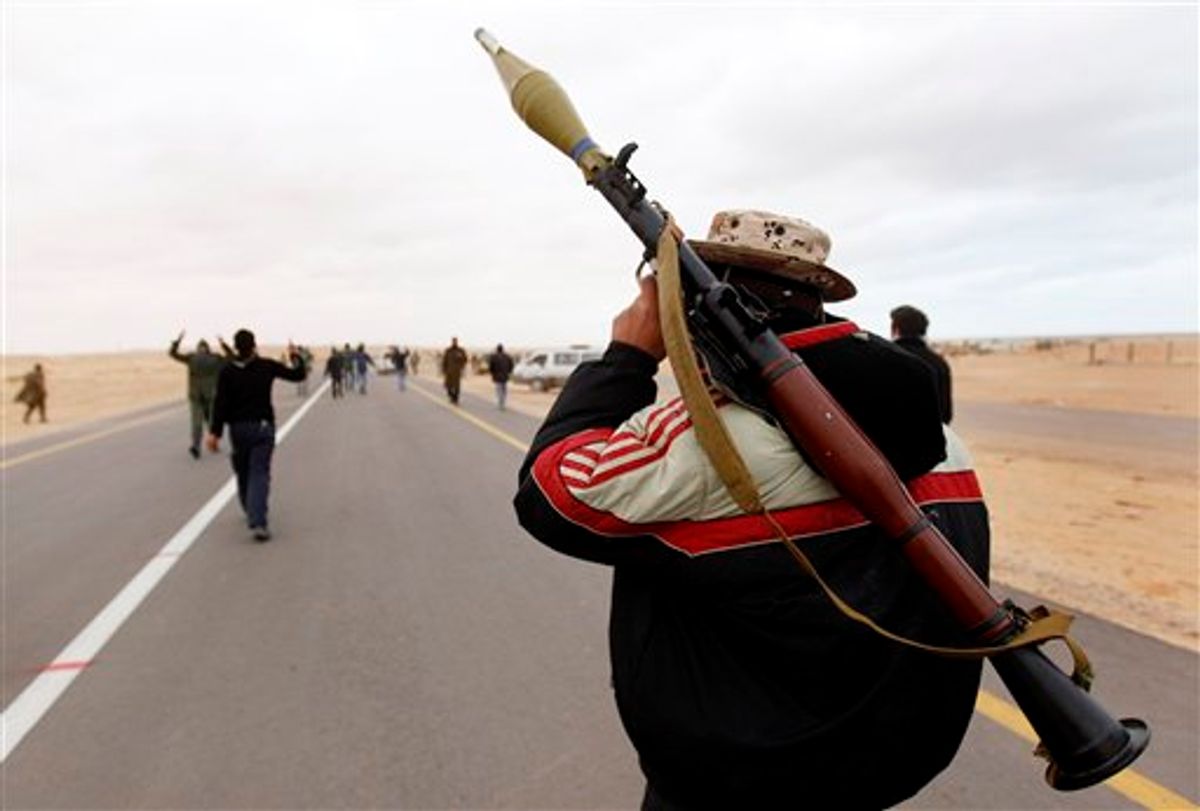 An anti-Gadhafi rebel, carries his RPG as he walks forward with other rebels to fight in the front line during fighting against pro-Gadhafi fighters, near the town of Bin-Jawad, eastern Libya, Tuesday, March 8, 2011. Libyan warplanes launched at least three new airstrikes Tuesday near rebel positions in the oil port of Ras Lanouf, keeping up a counteroffensive to prevent the opposition from advancing toward leader Moammar Gadhafi's stronghold in the capital Tripoli. (AP Photo/Hussein Malla) (AP)
--

An opposition group fighting Moammar Gadhafi's regime wants a no-fly zone over their nation even without a U.N. blessing, but only if no foreign soldiers are on Libyan soil.

An official with the umbrella group for eastern rebels said Tuesday at European parliament that if it was a choice between preventing people being slaughtered or accepting political disagreement within the U.N. Security Council the choice was easy.

Mahmoud Jebril says the only condition would be to enforce the zone from outside Libya.

The Obama administration maintains any authorization of a no-fly zone must come from the Security Council.