Does Peter King know the IRA killed an American? 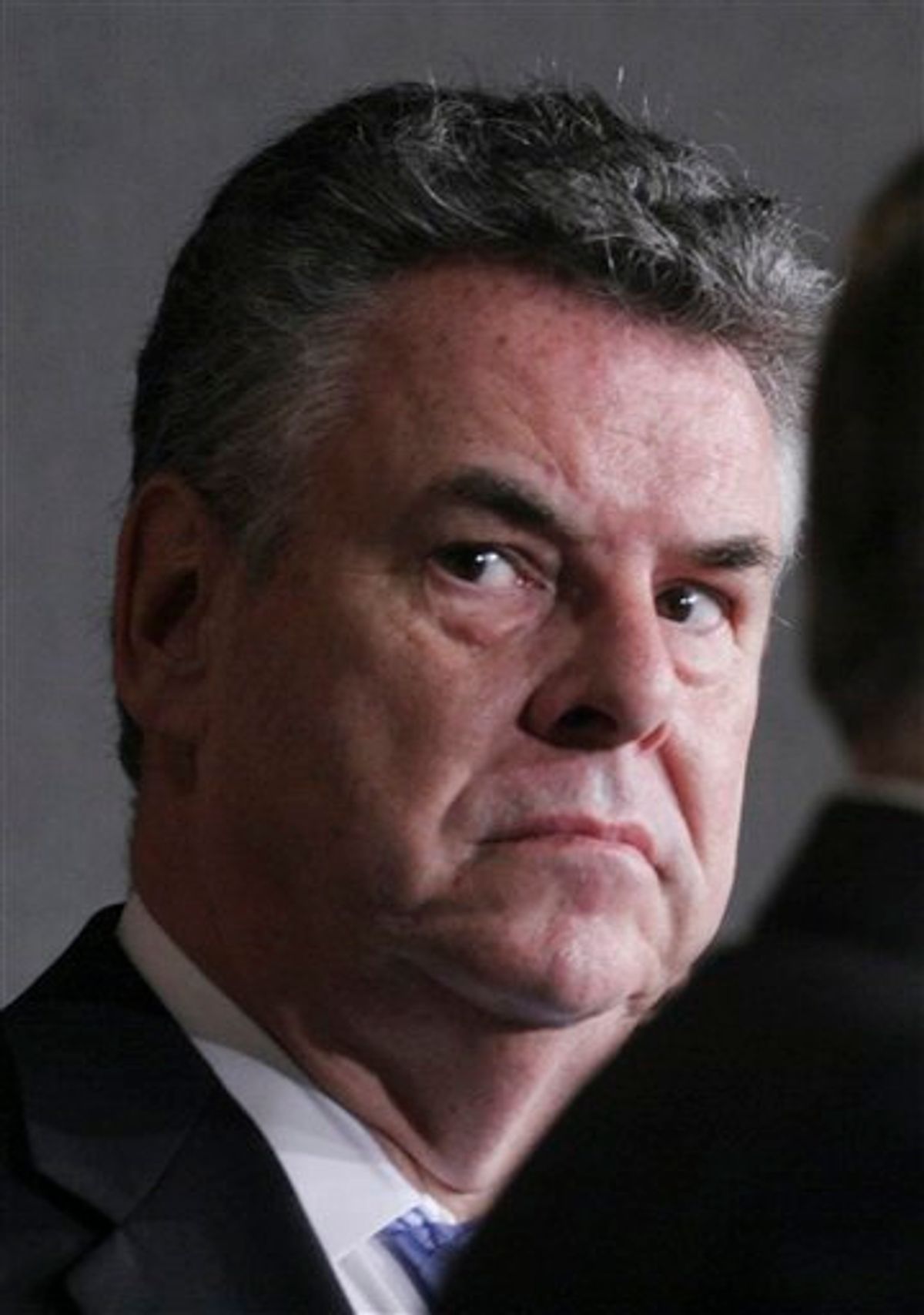 After a decade of U.S. politics dominated by blanket denunciations of terrorism, Rep. Peter King, R-N.Y., has given several media interviews about his longtime support for the Irish Republican Army and revealed that he believes some forms of terrorism are acceptable.

King is in the news right now because he's holding a hearing Thursday on "radicalization" of U.S. Muslims, and many people have pointed out the contradiction between his defense of Irish terrorism and his opposition to Muslim terrorism.

Now, King's standard of good versus bad terrorism seems to have a lot to do with whether King supports the cause in question, but has also specified some characteristics of acceptable terrorism. Here's what he told the Times:

Of comparisons between the terrorism of the I.R.A. and that of Al Qaeda and its affiliates, Mr. King said: “I understand why people who are misinformed might see a parallel. The fact is, the I.R.A. never attacked the United States. And my loyalty is to the United States."

It may be that the IRA never attacked inside the United States. But it's not true that the group never claimed any American victims in attacks targeting civilians. In the notorious December 1983 strike on Harrods in London, for example, an IRA car bomb was set outside the department store in the early afternoon during the busy Christmas shopping season.

The bomb killed six people -- including an American citizen -- and injured another 90. The AP described the scene at the time (via Nexis):

The explosion, heard miles away, sent throngs of shoppers running through flying shards of glass and debris in the jammed department store.

"People were ... running from the scene, their faces absolutely covered in blood _ children, old people, men and women." said Jackie McPherson of Hamilton, Scotland, who was in a store 50 yards from Harrods.

"There was a tremendous explosion. There was blood everywhere," said 22-year-old Michael Francis. "One policeman had an eye hanging from its socket. He was very brave. I can't describe the horror of it," said the young man, who was standing outside the store when the bomb went off.

Police said the bomb was triggered by remote control as officers, acting on a tip, examined a car parked on Hans Crescent, a side street of fashionable boutiques running alongside Harrods in the fashionable Knightsbridge district.

Among the dead was Kenneth Salvesan, 28, a business consultant from Chicago. At least one other American, a geologist named Mark McDonald from Michigan, was badly injured in the attack. He was visited by Prince Charles and Diana in the hospital, where McDonald was recovering from surgery.

In response to the incident, Margaret Thatcher sent a note of personal apology to Ronald Reagan. Indeed, Thatcher also harshly criticized the New York-based Irish Northern Aid Committee (Noraid), which was often accused of providing money and weapons to the IRA. King himself had close links to Noraid and often spoke at the group's protests in the 1980s.

In the wake of the Harrods bombing, Thatcher said that Noraid money "possibly had the result on this occasion of injuring people, resulting in the death of an American citizen and the injury of others."

A search of the news archives doesn't turn up any reaction from King, who was then Nassau County comptroller, to the bombing. But we do know that he didn't break with the IRA  for another two decades. And to this day, King still describes the IRA as a "legitimate force."