"Southland" finale: TV at its best

If TNT needed another reason to renew television's best cop show, last night's episode of "Southland" gave them one 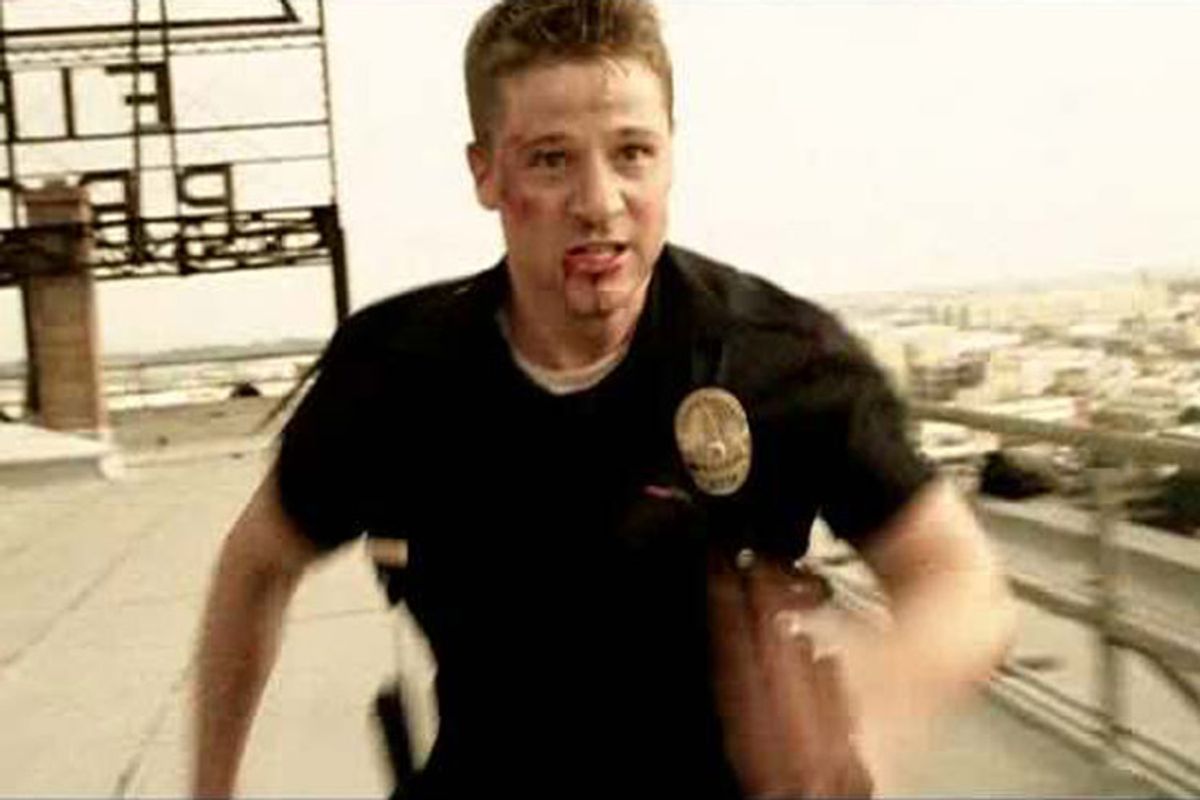 The third season finale of "Southland" was so close to perfect that anyone who wants to work as a producer, director or writer in American television should have to watch it, then sign a pledge saying, "I hereby promise to dedicate the rest of my life to producing popular art as good and honest as the third season finale of 'Southland.'" Directed by Christopher Chulack and written by executive producer John Wells (longtime collaborators on "ER," "Third Watch" and "The West Wing"), "Graduation Day" was the best episode of the series since the pilot, and one of the best single episodes of a TV show I've ever seen.

From the freeze-framed prologue shot of Ben Sherman (Ben McKenzie) jumping between rooftops to catch a fleeing suspect through the penultimate scene of Ben's training officer, John Cooper (Michael Cudlitz), checking himself into detox for painkiller addiction and ending his litany of meds with the quiet statement, "I'm a cop," this series showed up almost every other current drama as the product of hogtied artists or underchieving hacks. There were so many good lines, images and moments that I can't begin to list them all here. A short list must suffice.

1. Ben fighting with a disruptive, profane, paraplegic veteran in an intersection while John looks on, amused even though he's so jacked up on painkillers he can barely walk.

2. The muted rage and grief that radiated from Detective Sammy Bryant (Shawn Hatosy) in the first half of this episode, and that came to a head when he got the chance to say his murdered partner's name into the face of the man who killed him.

3. Officer Dewey Dudek (C. Thomas Howell), a former addict who got clean, diverting himself and his partner Chickie (Arija Barekis) from their regular rounds so that he could repeatedly check in on a female crack addict. Dewey was one of TV's most believably off-putting, complicated, real-seeming addicts back when he was using. Now that he's clean, he's one of the most believably off-putting, complicated, real-seeming recovering addicts. I love how Dewey used to cajole, sometimes nearly bully sober people into forgiving his past transgressions, as if he just wanted to skip ahead to the part where people liked him again; it was a self-serving aspect of recovery that I'd never seen captured in series TV before. In this episode, I loved how Dewey refused to let go of of his pet project, the protection and perhaps redemption of one damaged woman. Most of all I loved Dewey fishing one of the woman's shoes out of a gutter and straightening her skirt as she slept on a bus bench, as if to preserve nonexistent remnants of her dignity.

4. The moment at the end of that terrific scene where Ben and John confront a father who tried to give his 6-year-old boy gang tattoos -- the boy raising his finger in a pistol shape and pretending to shoot John, not once but twice; John calmly stepping closer to the boy, his towering bulk suggesting an imminent beatdown, then reaching out, patting the boy on the head and walking out-of-frame.

5. The moment where the crack addict climbs on the hood of Dewey and Chickie's patrol car, and Chickie quips, "What step is this, Dewey?"

6. Ben's chasing a perp up a fire escape and across two roofs and then fighting with him while the pill-addled John struggled to catch up with him. This was one of the finest extended action sequences I've seen on TV, in movies, anywhere. The unfussy but perfectly judged shots, the brisk cutting, the naturalistic sound effects -- it was a master class in how to shoot human beings engaged in desperate struggle. I loved that the fight was awkward and almost comical at times -- not a movie fight, a real fight. And the climax was a stunner, not just because of what happened but because of how Chulack photographed it: in a single unbroken take, keeping the camera far back so you could see it all in context.

7. Sammy, reenergized and purified by witnessing the birth of his child, telling Detective Salinger (Michael McGrady) that he wants to be transferred out of the detective bureau and to patrol because it's a more rigidly structured job and he knows he can do good in it. Hatosy's performance in this scene was devastating. Sammy kept trying to suppress his powerful feelings, but they kept breaking through anyway. He wasn't overwhelmed by despair, but by hope. We were seeing a spiritually exhausted man reconnect with his idealism -- a tough concept to sell in times as cynical as these, but damned if Hatosy didn't put it over.

8. Ben's confrontation with John at the end of the episode. It was one of the best student-becomes-the-master scenes in memory -- as Sharon Knolle of TV Squad put it, "a thing of righteous beauty."

The only weak link was the plotline with Lydia (Regina King) struggling not to tell her partner, Josie (Jennie Gago), that she was dating Josie's 28-year old son. It wasn't so much bad as thin and uninteresting compared to the rest of the events in this episode. Lydia is one of the most fascinating characters on TV and deserves stronger material.

But this is a minor quibble. Like so many episodes of "Southland," this one was set in a heightened but recognizable version of the real world. It paid attention to race and class and to the nuances of psychology and behavior that make every person unique. It is, without a doubt, one of the finest dramas on TV.

There is no word yet on whether "Southland" will be renewed for a fourth season, and I understand why. It's expensive to produce and has a comparatively small audience, and its rough-hewn integrity guarantees it will probably never become a breakout hit.

But TNT should greenlight another season anyway, purely for the karmic benefit. If indeed there is a life beyond this one and we are judged for the good we did on earth, a TV executive is guaranteed at least a few bonus points for backing "Southland."