Does love have an expiration date?

A new survey finds that things tend to fizzle around the three-year mark. An expert explains why 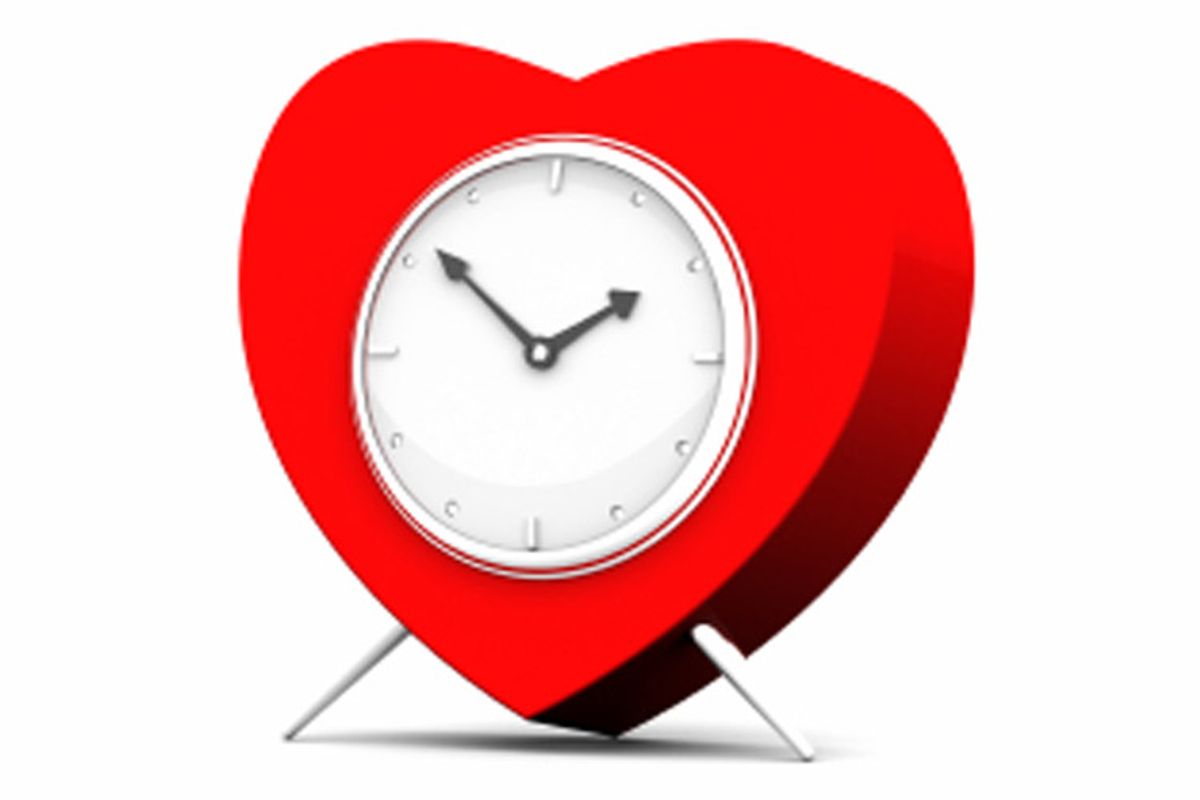 We now have a new buzzword to describe the decline of romantic relationships: The three-year glitch. This cute li'l turn of phrase comes by way of a new survey that finds things typically go south around the 36-month mark -- much sooner than the infamous "seven-year itch." Only thing is, the study was commissioned by Warner Bros. to promote the U.K. release of a new film -- so, forgive me if I'm a bit skeptical of the survey's scientific merits.

It turns out, though, that the idea of a three-year honeymoon phase isn't a new one, and a 2007 study supported the theory. Researchers interviewed subjects twice with about six years in-between. Part of the study specifically looked at people who were single at the time of the first interview and then researchers compared their self-reported health and happiness at the time of the second interview. What do you know, those who paired off were happier on average than those who were still single -- but the happiness boost was greater for those within the first three years of a new relationship. The study also looked at unmarried cohabitating couples at the time of the first interview and compared their reported health and happiness six years later. Unsurprisingly, those who married were happier than those who were still unmarried and cohabitating -- but, just as before, the happiness effect was strongest in the earliest years of marriage.

I talked with sociologist Kelly Musick, one of the researchers behind the 2007 study, for a little bit of perspective on these so-called itches and glitches, and whether our love lives can benefit from cold, hard stats.

How real is the three-year or seven-year itch?

Our evidence suggests that men and women in [newer] unions experience a bigger boost on average to their own happiness and health, as well as to the happiness and health of their relationship. We looked at whether this could be better understood as a slow and steady decline, but found that it was better captured by distinguishing between the more recent and longer-term relationships. So it does appear that for many couples there is something that happens early on in a relationship. It's important to keep in mind, though, that men and women also derive benefits from marriage and cohabitation. It's just that these benefits (at least the ones we measured) appear to dissipate over time. We refer to the three-year boost in happiness and marital quality in the shorter-term unions as a "honeymoon effect."

What do we know about why relationships seem to fall apart in this time frame?

We know that children take a toll on relationship quality, and they often arrive within a few years of marriage, so that would be a good candidate for explaining why happiness and time together tend to decline for the longer-term marriages. But in our work, we didn't find evidence to support this notion. At least, the differences in overall well-being for the shorter and longer relationships couldn't be explained by accounting for whether couples had a new child.

These days, we hold pretty high expectations for what a relationship should bring to our lives. Most people enter into marriage as a source of self-fulfillment, and they want in their spouse a soul mate and life partner. After the honeymoon wears off, I suspect many men and women realize that living with someone on a day-to-day basis is challenging -- it means accepting the dirty socks and in-laws and making lots of compromises. That's much less romantic than the high expectations many start with.

Is this something that is commonly experienced or is it just the average time frame for relationships that fall apart?

It's a good question and important point. When I talk about this, I try to stress that while couples tend to experience a boost in well-being and then declines (and this is what we see when we look at averages), there's quite a bit of variation. Some couples deepen and improve their relationships over time, while some skip right over the honeymoon, struggling from the start in their marriages.

What can we learn from these sorts of statistics? Is there a lesson in these numbers?

My work on this addresses debates about the benefits of marriage and speaks to recent policy efforts to promote heterosexual marriage. We find that intimate relationships, whether marriage or cohabitation, tend to improve well-being, although not always for long, and not for everyone. We conclude that marriage is certainly relevant for individual well-being, but that it is not a blanket prescription for happiness.