The Arizona governor finds herself speechless after her teleprompter breaks 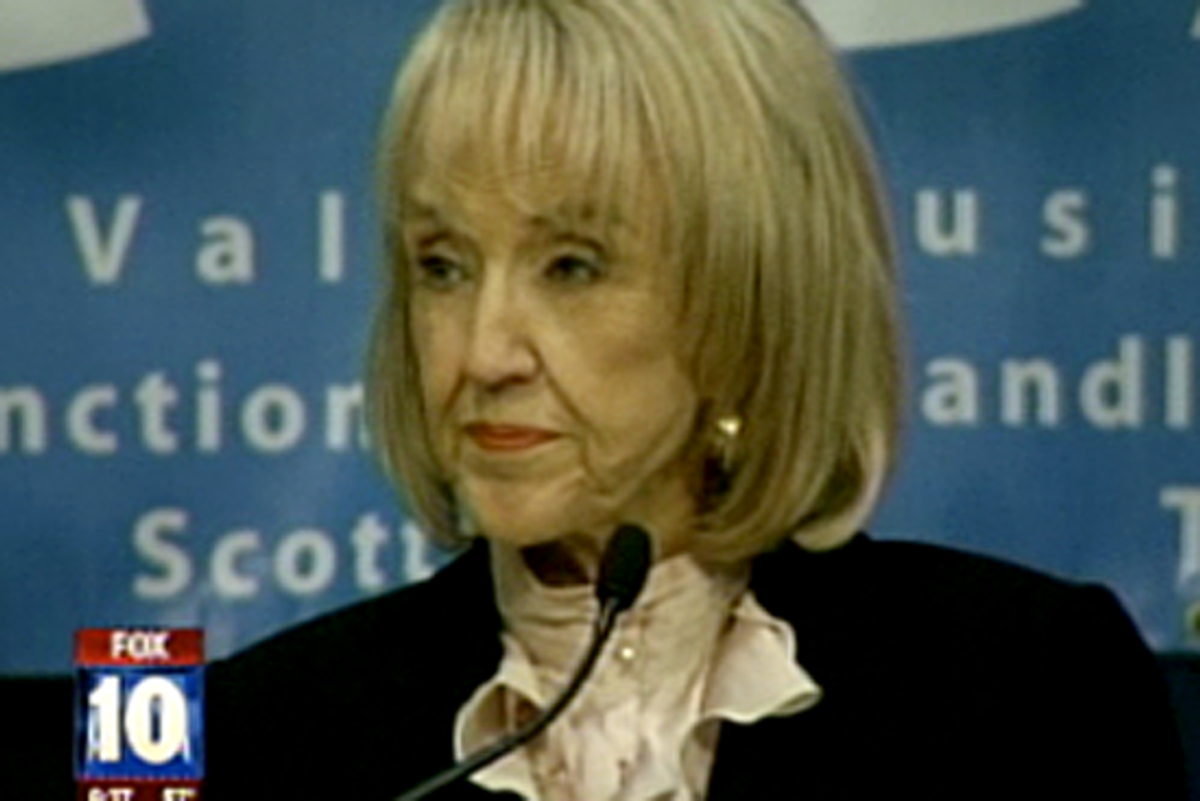 Jan Brewer, the rising star Republican and governor of Arizona, found herself speechless after a teleprompter broke as she was delivering a boilerplate talk on the economy this week.

Brewer Has Another Lengthy Pause During Speech: MyFoxPHOENIX.com

Remember, Brewer had a similarly embarrassing moment at a debate in September, where she found herself at a loss for words:

Voters didn't seem to mind. She went on to win re-election last year, trouncing her Democratic opponent by 12 points.