I shouldn't have left the finances to my husband

I'm a business writer and a feminist. But when it comes to my own money, I made a big mistake 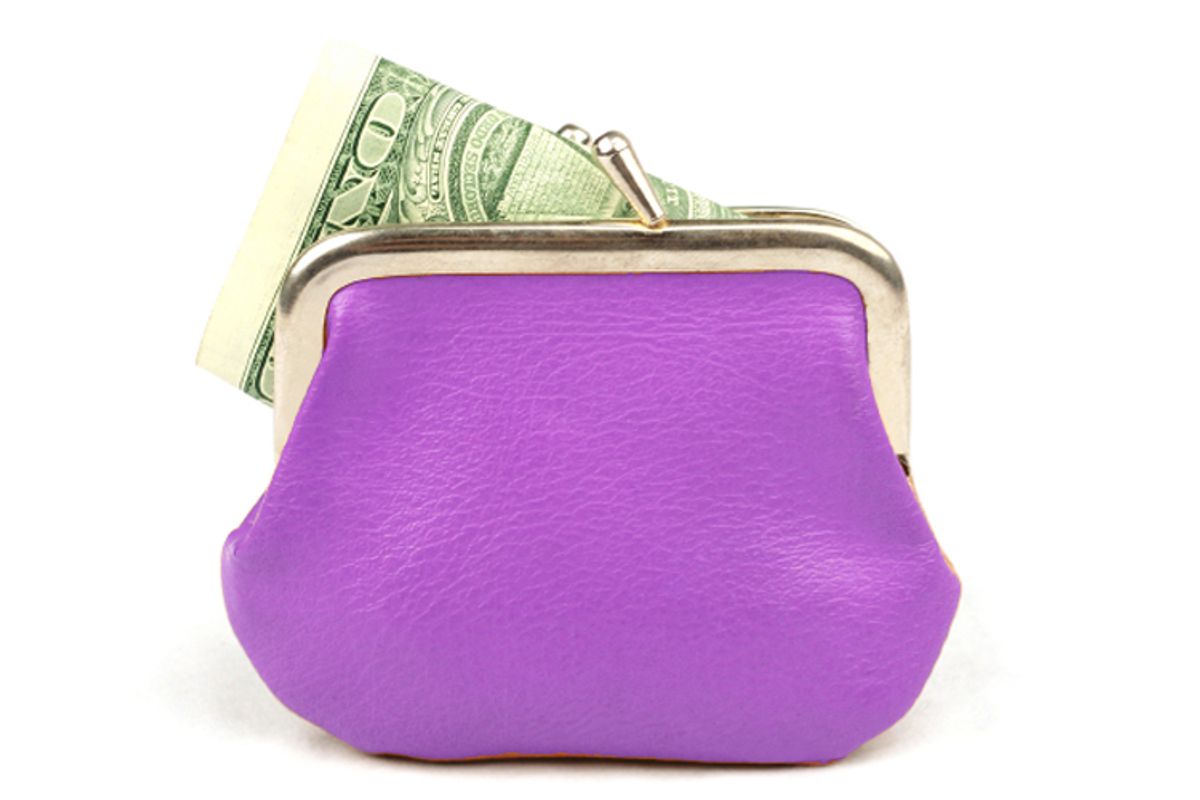 A year ago I got my first American Express card. This might not seem particularly monumental, but in my case it is. I'm a 47-year-old mother of two, a professional journalist who writes about business -- entrepreneurs, careers and the workplace. I have a monthly column in the New York Times Sunday Business section. It's not a stretch to imagine I would be savvy about the business end of my own life. And yet I wasn't, until very recently. I had never seen a 401K statement, never made a mortgage payment, never bought or sold a car or stock in a company and didn't know anything about mutual funds.

I left all that to my husband. This despite the fact I consider myself a feminist. I grew up in the shadow of the 1970s women's movement. As a high school senior I was, to a large extent, supporting myself -- buying my own clothes and car, chipping in for groceries at home and even paying my own college application fees. I graduated from the largest women's college in the country at the time, and paid for it by waiting tables and taking student loans. Gloria Steinem gave the speech at my graduation. In 1986, I marched in Washington, D.C., to protest the death of the Equal Rights Amendment.

Yet 25 years later I had managed to become almost completely dependent on someone else for my survival. I felt more like my husband's child than his wife. At the beginning of each year he gave me a certain amount of cash (we were both too politically savvy to call it an allowance), which, combined with my comparatively low earnings as a writer, funded my life throughout the year. My expenses were all the things that made daily, upper-middle-class family life possible: piano lessons, organic strawberries, martial arts classes, soccer fees, swimming lessons, birthday parties.

My then-husband was (and still is) an attorney with a corporate law firm who worked, roughly, all the time. When he wasn't working, he was too exhausted to stay awake. When our nearly 20-year marriage ended, we sat down in his small garage office and I was given a list of all the places our money was saved. "These are the log-ins and passwords," my husband said, showing me a list of bank accounts, mutual funds, stocks, iBonds and the like. Over the years he had often given me a printed list of accounts like this -- sans passwords and log-in names -- but it wasn't until our rendezvous in the garage that it meant anything to me. Before that I was too busy -- and tired -- to care.

Because while my husband worked, pursuing a coveted law partnership and spending much of his limited free time researching stocks, retirement vehicles and various high-tech gadgets, I focused on pink-collar work: the kids, grocery shopping, housecleaning, cooking meals, supervising homework, picking up dry cleaning and arranging play dates. My freelance writing career was squeezed into what little space existed between everyone else's needs. I had little energy left over to request passwords to the mutual fund accounts so I could check on how things were doing, or ponder changing the allocation of our investment portfolio.

I had inadvertently become part of an opt-out revolution much different than the one writer Lisa Belkin described in an article for the New York Times Magazine in 2003. In that revolution, upper-middle-class, Type A women opted out of their MBA-fueled careers to stay home and overzealously manage their toddlers' lives. In my revolution, relatively average women get married and -- especially after having children -- consciously opt out of duties considered somehow "male," and I'm not just talking about mowing the lawn. I'm talking about money. I became, like many other middle-aged married mothers, Lucy to my husband's Ricky, focusing on kids and home and letting him focus on money and all the big decisions that come with it -- should we refinance the house? Buy a minivan? Get a new dining room table? Fix the roof? Open a Roth IRA?

Yet the distraction of family life alone doesn't account for my level of ignorance. I'm clearly responsible for choosing not to learn about any of these things -- especially egregious as I make a living, for the most part, writing about business -- but society bears some of the burden too. Women haven't been -- and often still aren't -- raised to talk about money or feel confident about managing it. In fact what's happened to me is actually pretty common in contemporary marriage, says Terri Orbuch, project director of the Early Years of Marriage Project, the longest-running study of married couples ever conducted. The project, which is funded by the National Institutes of Health, has been following 373 couples that married in 1986. Forty-six percent are divorced (mirroring the national rate of 45 percent) and Orbuch says couples reported that money was the No. 1 reason for disagreements, especially in the beginning of their marriages.

"Money is the biggest indicator of power in a relationship," she says. "It symbolizes opportunity and resources in society and that permeates a relationship, especially for a woman who isn't making much money on her own."

My earnings as a writer were about one-tenth of my husband's salary, making me a financial footnote, and what I lost as a result of that was leverage in my marriage and the confidence to ask for the things I needed -- like sleep or time alone or the freedom to travel for my work. I bought into the belief system -- one that pervades society and I believe held sway with my ex-husband -- that the only jobs with value are the ones with a paycheck. No matter how much we're told there's nothing more important than raising children, in real life -- or at least in my life -- whoever made the most money was allowed to nap when he got home from work. The other person cleaned up after dinner.

About a month after my husband moved out in 2009 I had to pay the mortgage for the first time, although I had been a homeowner for almost a decade. I went online -- using his log-in and password -- and replaced our former joint checking account number in the system with my own checking account number. Then my work phone rang. I answered it, went back to the screen and couldn't remember if I had hit the "pay mortgage" button yet. If I hit it twice, I would make two payments.

I called the 800 number at Chase. The woman on the other end of the line said she couldn't give me any information "about that account." She told me the account holder was my soon-to-be-ex-husband. "I'm his wife," I said. "It's my mortgage too. And I need to figure out if I just paid it." The woman politely informed me that it wasn't my mortgage too. It was his.

She offered to call and conference him in so we could get his permission to go into the account and check the payment status. I felt humiliated. I needed my husband's permission to access the mortgage I was now responsible for paying. I remembered signing papers at our dining room table in front of a notary, so I called my husband and asked how it was possible my name wasn't on our house mortgage. He said he didn't know, but that it was possible. "Why?" I asked him. "Why would we have a mortgage without my name on it?" He paused, then said: "I didn't need you."

Olivia Mellan, a psychotherapist who works with couples and a pioneer in the field of money psychology, says the reason women often leave this stuff to their male partners is that we've been taught by our parents and society to be bookkeepers, not money managers. "Women are told they aren't good at money. They are taught how to pay bills and use credit cards, but not to keep an eye on the big picture -- the future," she says. "In marriage we put our money in someone else's name and let them take care of it. We really aren't expected to have much control over it."

That can have pretty dire consequences in the long run for a woman. According to the U.S. Census (2007) there are 60.4 million married women in this country. Only half will make it to their 15th anniversary and only a third will still be married by their 25th. Many of them will have a financially difficult old age -- in the U.S. the share of elderly women living in poverty is highest among divorced or separated women -- 37 percent.

Last summer, Transamerica Center for Retirement Studies surveyed 1,800 working women and asked them to describe themselves when it came to saving and investing for retirement. Three-quarters of the women said they didn't know as much about retirement investing as they should. When these women were asked how they arrived at their estimated needs for retirement, almost 60 percent of them said they guessed. There were many days, when trying to figure out what I might need for the future, that I felt like throwing figures against a wall and just seeing what stuck. But that's the old me -- the new me isn't guessing any longer.

After my ex moved out, I began a reeducation program that included a female financial advisor from Charles Schwab, a new accountant and a mortgage broker. On my own I was able to negotiate a financial settlement with my husband. I opened an investment savings account and -- with the help of that new advisor -- determined how I wanted my money invested (conservatively -- I'm not much of a risk-taker). She told me that from her vantage point, the marriages that work when it comes to money are the ones "where both partners have some skin in the game." Now the game and the skin are all mine and I like that. I've learned to read the financial statements I receive each month and even made a modest savings plan for myself. I got that Amex card too.

In July I went down to the county clerk and had the house's deed reissued in my name. In August I went to a mortgage broker who lives in my neighborhood and asked him to help me refinance my house. By September I had a new mortgage with better terms in my name.

Those successes, of course, didn't make the last 18 months any less torturous -- it's not easy to navigate through the end of a 21-year relationship. On the other hand, it's been liberating. My first post-marriage goal may have been to gain control of my financial life, but I wound up with more than money -- I wound up with faith in myself. It might seem silly to think that determining what percentage of my savings to invest in bonds would also give me the confidence to buy a new kitchen sink or install a smoke alarm, but it did.

Over the last year-and-a half I have made decisions about my house, my life and my career I could never have made as a married woman. For the first time in a long time, I feel like what I think matters. I finally hold my own purse strings, and you can't really put a price on that.

Eilene Zimmerman is a journalist based in San Diego whose work has been published in national magazines and newspapers including The New York Times, Glamour, The San Francisco Chronicle, The Christian Science Monitor, CNNMoney.com, CBS MoneyWatch.com, Crain’s NY Business, Wired, Harper's, Slate.com and others. She writes the "Career Couch" column monthly in the New York Times Sunday Business section.