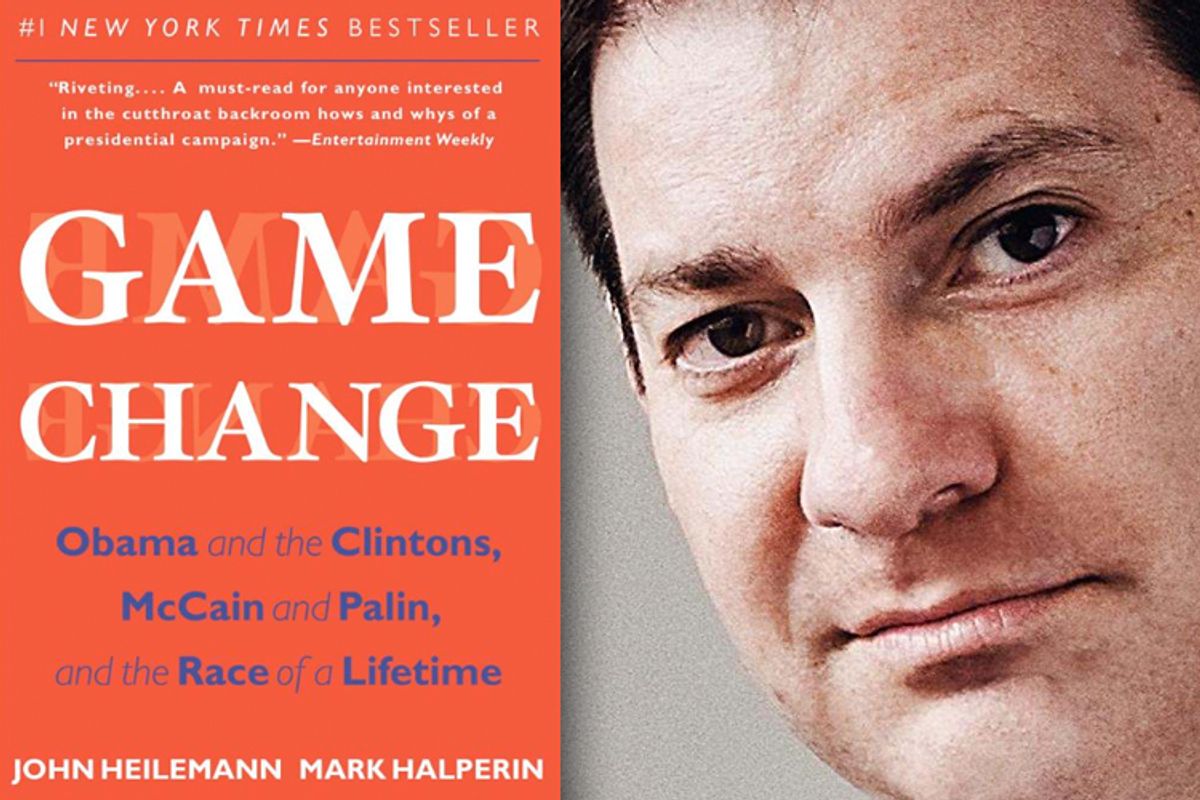 After living through the 2008 election, does anyone really need to see a movie about it? HBO apparently thinks so. The network made news yesterday -- masterfully -- by leaking the news that Julianne Moore has been cast as Sarah Palin in the upcoming made-for-television adaptation of "Game Change," the most annoying political book of the post-Bush age. (I am counting even Dick Morris' latest. It's that annoying.)

Everyone already knows everything about that election. It will be fun, I guess, to watch famous people pretend to be other famous people. For a while. But that particular pleasure usually wears off about three minutes into your average "SNL" political cold open. And we are all already intimately familiar with nearly everything our dramatis personae will do and say.

I, for one, would rather watch a film dramatizing the 1948 election. Or 1876! Almost any close election that happened prior to the age of 24-hour cable news and blogs would be infinitely more interesting to watch unfold on television than the one everyone in the nation just sat through.

But if we have to watch the election we all just witnessed unfold in real time, must we watch it through the lens of the inane reporting of Mark Halperin and John Heilemann? Why not adapt David Remnick's Obama book? The election book by Haynes Johnson and Dan Balz? Eric Boehlert's "The Bloggers on the Bus"? Jonathan Alter's "The Promise"? Or even the Newsweek instabook?

Those are all well-reported and insightful works. They all have "scoops" and dramatic behind-the-scenes stories. And none of them were written (or co-written) by an odious troll like Mark Halperin, the obsequious chronicler of yesterday's Beltway conventional wisdom.

There's also no other book on the 2008 election that so nakedly portrays the now-departed Elizabeth Edwards as a crazy harridan she-devil -- which should make for either some incredibly uncomfortable scenes or some hasty revisions to the adapted screenplay. (Of course, nearly every woman is portrayed by the authors as horrible, from Edwards to Hillary Clinton to, yes, Sarah Palin.)

"Game Change" is written from the perspective of the perspectiveless, representing the views of Washington lifers for whom politics is nothing but a game of big, clashing personalities. It's a book where rumors of Bill Clinton's infidelity are just as important as -- or perhaps more important than -- the financial crisis.

I realize that clashing personalities makes for better television than effective organizing and changing demographics, but what kind of masochist wants to watch actors pretending to be Mark Penn and Howard Wolfson yell at each other for any length of time?

Of course, the absolute worst part of this entire film enterprise is the smirk that will be glued to Halperin's smug face the next time he shows up to say nothing of any import or relevance on "Hardball."