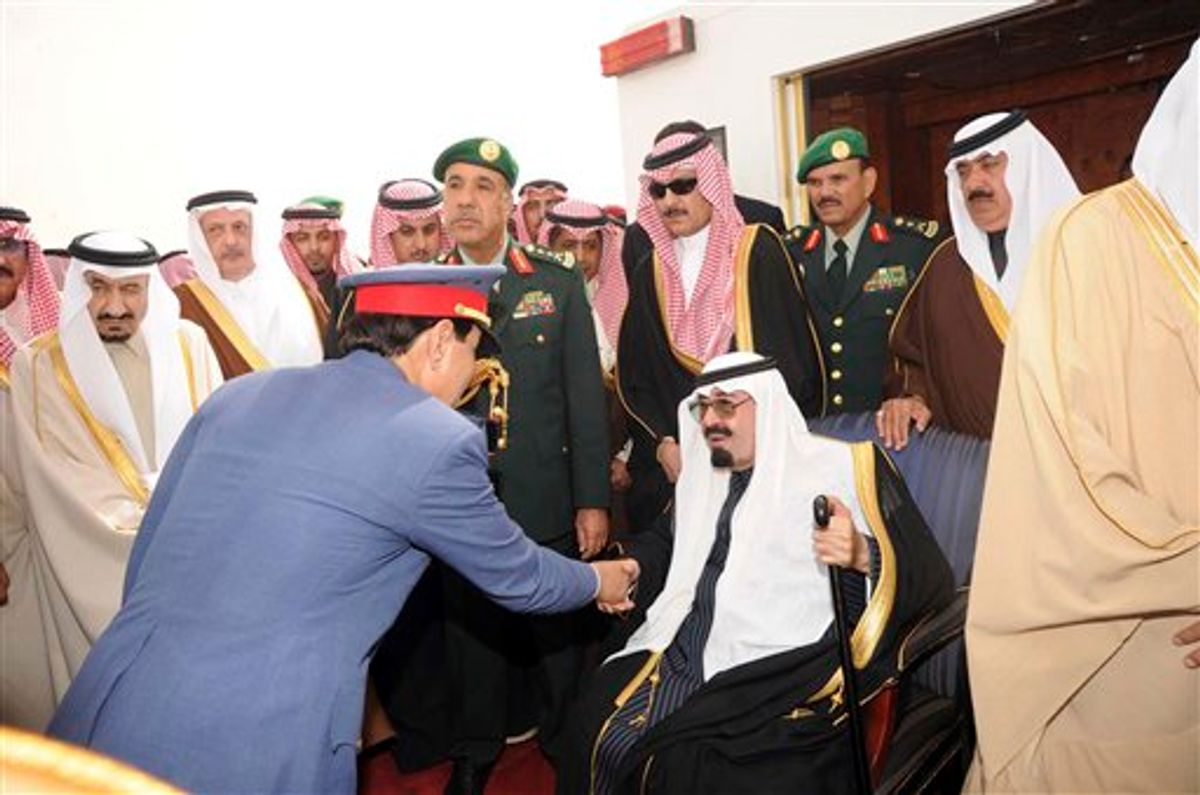 In this photo released by Saudi Press Agency, King Abdullah of Saudi Arabia, right is welcomed by Saudi officials, upon his arrival at King Khaled airport in Riyadh, Saudi Arabia, Wednesday, Feb. 23, 2011. King Abdullah has returned after an absence of three months, after surgery on his back in New York and convalescencing in Morocco. (AP Photo) EDITORIAL USE ONLY, NO SALES (AP)
--

Saudi police have opened fire at a rally in the kingdom's east in an apparent escalation of efforts to stop planned protests.

Government officials have warned they will take strong action if activists take to the streets after increasing calls for large protests around the oil-rich kingdom to press for democratic reforms.

A witness in the eastern city of Qatif says gunfire and stun grenades were fired at several hundred protesters marching in the city streets Thursday. The witness, speaking on condition of anonymity because he feared government reprisal, said police in the area opened fire. The witness saw at least one protester injured.