What's next for NASA: A new space shuttle? A mission to Mars?

Discovery landed safely on Earth for the last time Tuesday. What will be the next frontier? 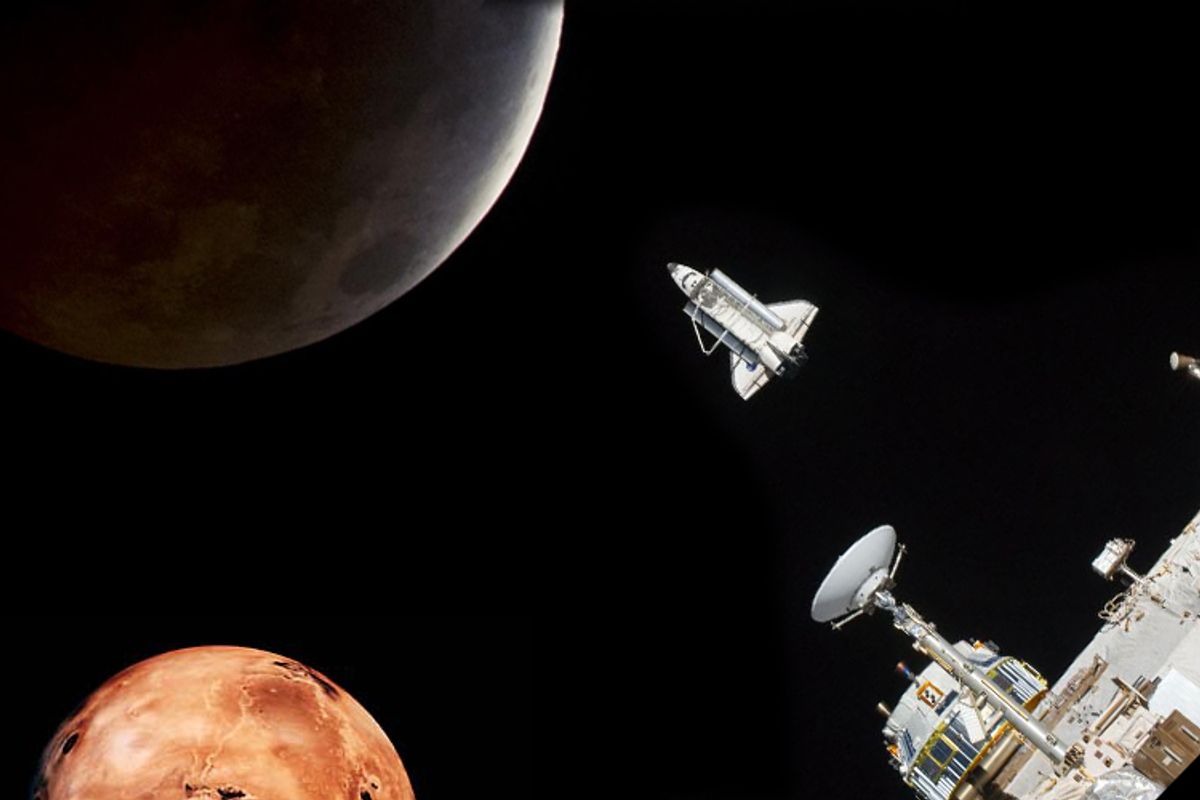 With Discovery's retirement, this year marks a turning point in NASA's history. At the end of the year, the familiar orca-like space shuttle will depart from the public eye as NASA looks to create something that can take a person deeper into space than ever before.

Last year, Obama lit the fuse for NASA's blastoff into the post-shuttle world with a renewed commitment to explore deep-space destinations (like Mars) and to create jobs in the process. With a $6 billion budget over the next five years -- on top of $50 million worth of NASA contracts awarded to commercial companies like Boeing -- we should expect great things. Here are some of the projects in the works:

Orion Spacecraft
First announced by President Bush in 2004 as the Crew Exploration Vehicle (CEV) for President Bush's Project Constellation, the Orion spacecraft will carry an astronaut back to the moon. Bush's original goal was for a 2015 lunar landing, but because of program reviews under the Obama administration, Orion is scheduled to make its first launch into Earth's orbit without passengers in 2014 -- a mission to the moon would likely happen five years later. Designed by Lockheed Martin for NASA, the spacecraft very much resembles the familiar Apollo spacecrafts that carried man to the moon nearly 50 years ago and can carry a crew of four astronauts.

Mars Science Laboratory
Scheduled to be launched this November and land on Mars in August 2012, the Mars Science Laboratory is exactly what it sounds like. With the help of a new rover named Curiosity, the lab's chief mission is to determine whether Mars is habitable, and with a sophisticated set of drills, shovels, cameras and sensors, it carries over 10 times the weight of instruments as previous Mars rovers.

MAVEN
A part of the Mars Scout Program, Mars Atmosphere and Volatile Evolution (MAVEN) is a space probe that will fly to and orbit the red planet in order to study the atmosphere. Equipped with a number of instruments developed by scientists at places like University of California at Berkeley and the University of Colorado at Boulder, MAVEN should give us insight into how Mars atmosphere interacts with solar wind, contains natural gases and creates methane.

Juno
As the name implies, Juno will be bound for Jupiter later this year. (In Roman mythology, Juno is the sister of Jupiter, king of the gods.) Launching in August, Juno's mission is both to explore the solar system between Earth and its largest planet and also gain a better understanding of Jupiter's composition, gravity and magnetic fields.

Boeing X-37B Space Plane
Though not technically a NASA project and not technically a future project -- the Air Force is in charge of this one and the space plane launched on March 5 -- the Boeing X-37B is straight out of science fiction. Following the X-37A, this futuristic project looks like a space shuttle but is completely unmanned. The robotic plane can fly at supersonic speeds in low Earth orbit and allegedly tests new space technology. As it is a military project, many details of the X-37B are classified, and some believe it's being developed as a weapon. The Pentagon denies this.