As the blogs fume and Lady Gaga threatens to sue, we look at why a little scoop is causing such a big roar 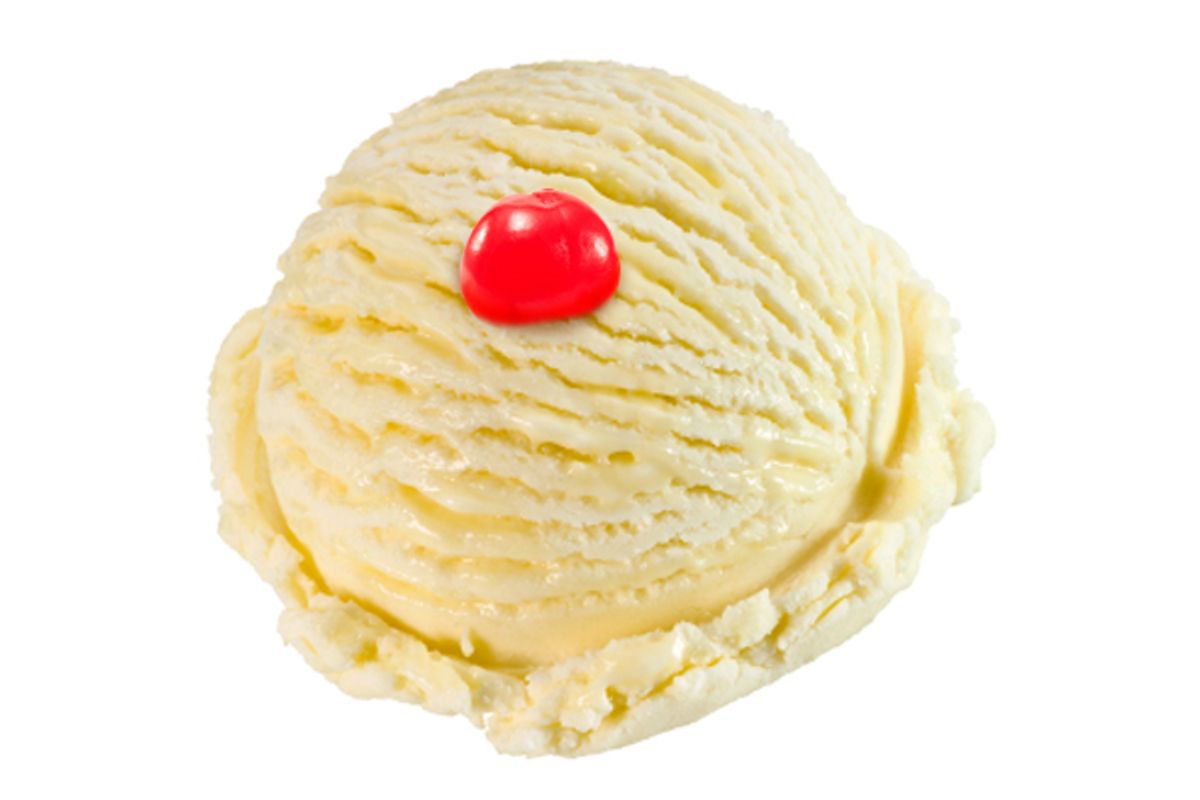 When London-based ice cream maker Matt O'Connor launched "Baby Gaga," a flavor made with human breast milk, he was hoping to start a conversation.

"I come from a family of Irish dairy farmers," he said. "We used to milk the cows every morning at 5 a.m., and keep impregnating them every five months so they would keep producing milk. That was floating around in my head -- why are human breasts sexualized, rather than being seen as biological feeding instruments?"

After he nearly sold out his first batch in a single day in late February, he found himself having a conversation with a Westminster Council health inspection team, who whisked the last few scoops off the shelves for safety testing (it was since deemed safe and will be back on sale shortly). Now he's conversing with Lady Gaga's lawyers, who have threatened an injunction for copyright infringement, an action he compared to the behavior of a "playground bully or despotic dictators like Colonel Gaddafi or Robert Mugabe [rather] than an artist celebrating artistic freedom."

On the Web, the conversation had already sped off in different directions: Was this about the treatment of animals? About bodily fluids? ("What about semen gelato?" someone asked.) But is this really about new frontiers in frozen confections? Or could it possibly be about something else, such as women's bodies?

It's no surprise that ice cream made from human milk causes discomfort, says Penny Van Esterik, a professor of anthropology at York University who has written extensively on lactation and is an activist with the World Alliance for Breastfeeding Action. An ice cream cone is sensual to eat, but inherently childlike. "It demands the linkages between the sexual and the maternal," she says.

O'Connor wasn't the first person to put breasts in cones -- Jean Paul Gaultier scooped Madonna's into a pointy bustier back in 1990, turning a woman's softest parts into sharp, repellent weapons. But visually consuming an image of a breast is qualitatively different than eating its product, says Amy Bentley, associate professor of food studies at New York University.

"There's a sexual kinkiness to it, almost a kind of cannibalism," she says. "It's like consuming part of someone's body -- yet eating human flesh is almost universally condemned." says Bentley.

It's easy to see how cultural taboos against cannibalism evolved. Eat too many of your own kind, and there goes your species. Barbara Wilson-Clay, a private lactation consultant and a founding board member of the nonprofit Mothers' Milk Bank in Austin, Texas, shared a similar hypothesis on the breast milk taboo from a late colleague of hers.

"So long as there were taboos, they protected babies from the misappropriation of milk by people who were bigger and stronger," and who, being adults, could procure and process other foods independently.

Although no precise figures exist, there is a small but growing consumer market for human breast milk. Bob Muscarella, who founded Mother's Milk Ice Cream Co. 10 years ago, told me that every time there's something in the news about it, like Baby Gaga or PETA's invitation to Ben & Jerry's to use breast milk in their products, he gets a windfall, and several cheese makers have worked with it. While he does compensate women for their donations, he does not solicit online, and women approach him through word of mouth. The gastronomic demand is supplemented by fetishists, and women who need milk for their babies but can't afford the prices at licensed milk banks, where it costs around $3 an ounce (or $93 a day for sufficient milk for one infant, according to a 2007 article).

"We want pleasure to be unhooked from privilege," says Carol J. Adams, author of "The Sexual Politics of Meat: A Feminist-Vegetarian Critical Theory" and a vocal advocate of veganism. "Eating meat and ice cream is a privilege of being a human being who can oppress other animals. It comes as no surprise to me that we take something oppressive -- the extraction of milk from a cow -- and extend it to women," she continues. "Now we are hiring women to sell their 'feminized protein,'" a term she coined to describe protein products, such as milk or eggs, which pass through the reproductive organs of a female.

While an expression like "feminized protein" may grate on the ears, it's impossible not to consider this and other flesh trades in gendered terms. Women still earn an average of 83 cents to every male dollar, and 70 percent of the world's poor are women. A scoop of human milk ice cream, benign or curious as it may appear, should be viewed in the context of structural inequalities that force some people to sell their intimate parts or services out of desperation, while allowing others to buy them freely, either for a medically necessary procedure (a kidney transplant, say) or for pleasure (bachelor party in Vegas). This isn't the first time that someone slapped a sticker price on an intimate biological function.

"Whenever the inducement is 'Because I can earn some extra cash,' we have to ask why we live in a world where some women find this necessary and preferable. Are the choices for women so restricted?" says Adams. When one advertiser on Sell.com writes, "I'm a newly single mom looking to sell my breastmilk in order to buy diapers and clothes for my six week old daughter," one has to ask what other earning opportunities are or are not available to her, and why.

So if human milk is a product, then what is it worth? Prices on the Web generally range from $1.50 to $2 an ounce. In an attempt to acknowledge the work -- the time, thought and effort -- that goes into breast-feeding, Norway includes breast milk production on its national balance sheet, and in recognition of their contribution, new mothers receive extensive maternal leave and financial support. It's tempting to think that if breast milk was a valuable commodity traded on an exchange, women might be eligible for some of the same tax breaks and subsidies that Republicans are so eager to bestow on energy companies.

Instead, the week before Mr. O'Connor launched his ice cream, Michelle Obama voiced her support for a new tax break on breast pumps, implying that women should race back to work and still give their children breast milk. She was quickly pounced on by Sarah Palin ("Yeah, you better [breast feed] because the price of milk is so high right now") and Michele Bachmann ("I've given birth to five babies and I breastfed every single one of these babies"), both of whose understanding of and sympathy for single or low-income mothers remain chimerical. And the Republican Party as a whole declared a "war" on Planned Parenthood.

As Adams observes, "The minute you turn breast-feeding into a product, you're creating less of a culture that's supporting the process. Once it's a product and it's sellable, how do we protect the process?"

"Should a fad, presumably one that makes money for someone, take precedence in the allocation of a scarce donor tissue that provides lifesaving therapy for medically fragile babies?" asks Wilson-Clay.

"Maybe we're all just Baby Gagas worshiping at the feet of Lady Gaga."

Anna Louie Sussman recently returned to New York after five years in the Middle East. Her work has appeared in the New York Times, the Washington Post, the Wall Street Journal, the Atlantic and many other publications, and is available at Annalouiesussman.com.