Over 3,000 people were evacuated from the area in what the government is calling the first ever "nuclear emergency" 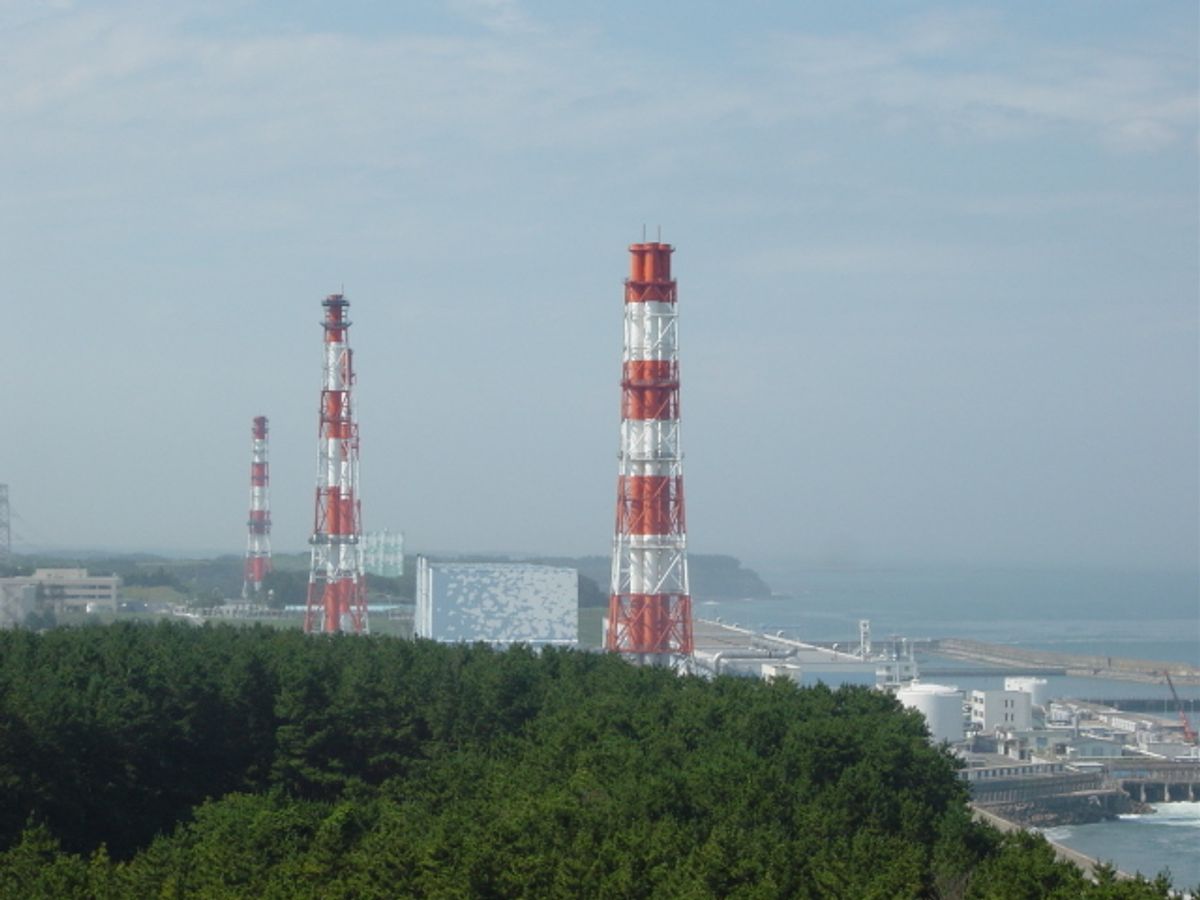 Japanese nuclear officials say radiation levels inside a nuclear power plant have surged to 1,000 times their normal levels after the cooling system failed.

The nuclear safety agency said early Saturday that some radiation has also seeped outside the plant, prompting calls for further evacuations of the area. Some 3,000 people have already been urged to leave their homes, as the government declared its first-ever state of emergency at a nuclear plant.

The cooling system for a reactor at the Fukushima Daiichi power plant failed on Friday after a massive earthquake caused a power outage.

The continued loss of electricity has also delayed the planned release of vapor from inside the reactor to ease pressure. Japan's nuclear safety agency said pressure inside one of six boiling water reactors at the Fukushima Daiichi plant had risen to 1.5 times the level considered normal. Hours after the evacuation order, the government announced that the plant in northeastern Japan will release slightly radioactive vapor from the unit to lower the pressure in an effort to protect it from a possible meltdown.

Chief Cabinet Secretary Yukio Edano said the amount of radioactive element in the vapor would be "very small" and would not affect the environment or human health. "With evacuation in place and the ocean-bound wind, we can ensure the safety," he said at a televised news conference early Saturday.

After the quake triggered a power outage, a backup generator also failed and the cooling system was unable to supply water to cool the 460-megawatt No. 1 reactor, though at least one backup cooling system was being used. The reactor core remains hot even after a shutdown.

The agency said plant workers are scrambling to restore cooling water supply at the plant but there is no prospect for immediate success.

Edano said the 40-year-old plant was not leaking radiation. The plant is in Onahama city, about 170 miles (270 kilometers) northeast of Tokyo.

If the outage in the cooling system persists, eventually radiation could leak out into the environment, and, in the worst case, could cause a reactor meltdown, a nuclear safety agency official said on condition of anonymity, citing sensitivity of the issue.

Another official at the nuclear safety agency, Yuji Kakizaki, said that plant workers were cooling the reactor with a secondary cooling system, which is not as effective as the regular cooling method.

Kakizaki said officials have confirmed that the emergency cooling system -- the last-ditch cooling measure to prevent the reactor from the meltdown -- is intact and could kick in if needed.

"That's as a last resort, and we have not reached that stage yet," Kakizaki added.

Japan's nuclear safety agency said the evacuation, ordered by the local government of Fukushima, affects at least 2,800 people. Edano said residents were told to stay at least two miles (three kilometers) from the plant and to stay inside buildings.

He said both the state of emergency and evacuation order are precautionary measures.

"We launched the measure so we can be fully prepared for the worst scenario," he said. "We are using all our might to deal with the situation."

Defense Ministry official Ippo Maeyama said the ministry has dispatched dozens of troops trained for chemical disasters to the Fukushima plant in case of a radiation leak, along with four vehicles designed for use in atomic, biological and chemical warfare.

Pineville, La., resident Janie Eudy said her husband, Danny, was working at Fukushima No. 1 when the earthquake struck. After a harrowing evacuation, he called her several hours later from the parking lot of his quake-ravaged hotel.

He and other American plant workers are "waiting to be rescued, and they're in bad shape," she said in a telephone interview.

Danny Eudy, 52, a technician employed by Pasadena, Texas-based Atlantic Plant Maintenance, told his wife that the quake violently shook the plant building he was in. "Everything was falling from the ceiling," she said.

Eudy told his wife that he and other workers were evacuating the plant when the tsunami swept through the area, carrying away homes and vehicles. They retreated so they wouldn't get caught up in the raging water.

"He walked through so much glass that his feet were cut. It slowed him down," she said.

After the water started to recede, Eudy and other workers drove to their hotel, only to find it in shambles.

"Most of the hotel was gone," she said. "He said the roads were torn up and everything was a mess."

His hotel room was demolished along with all of his belongings, so Eudy had to borrow a resident's phone to call his wife early Friday morning. The workers were waiting for daylight but contemplating seeking higher ground in case another big wave hit.

"He sounded like he was in shock. He was scared," Janie Eudy said. "They're totally on their own, trying to just make it."

Neil Sheehan, a spokesman for the U.S. Nuclear Regulatory Commission, said staff were trying to collect more information on what was happening.

At the Fukushima Daiichi site, "They are busy trying to get coolant to the core area," Sheehan said. "The big thing is trying to get power to the cooling systems."

Speaking at the White House, Secretary of State Hillary Clinton also said U.S. Air Force planes were carrying "some really important coolant" to the site, but administration officials later said she misspoke. The U.S. offered to send Japan coolant to help with the reactor but the Japanese declined, saying they already had the necessary supplies, the officials said, speaking on condition of anonymity because they were not authorized to speak publicly on the matter.

High-pressure pumps can temporarily cool a reactor in this state with battery power, even when electricity is down, according to Arnold Gundersen, a nuclear engineer who used to work in the U.S. nuclear industry. Batteries would go dead within hours but could be replaced.

The nuclear reactor was among 10 in Japan shut down because of the earthquake.

The Fukushima plant is just south of the worst-hit Miyagi prefecture, where a fire broke out at another nuclear plant. The blaze was in a turbine building at one of the Onagawa power plants. Smoke could be seen coming out of the building, which is separate from the plant's reactor, Tohoku Electric Power Co. said. The fire has since been extinguished.

Another reactor at Onagawa was experiencing a water leak.

The U.S. Geological Survey said the 2:46 p.m. quake was a magnitude 8.9, the biggest earthquake to hit Japan since officials began keeping records in the late 1800s.

A tsunami warning was issued for a number of Pacific, Southeast Asian and Latin American nations.

At the two-reactor Diablo Canyon plant at Avila Beach, Calif., an "unusual event" -- the lowest level of alert -- was declared in connection with a West Coast tsunami warning. The plant remained stable, though, and kept running, according to the NRC.