The injured congresswoman's memory is improving, and she is able to speak in complete sentences 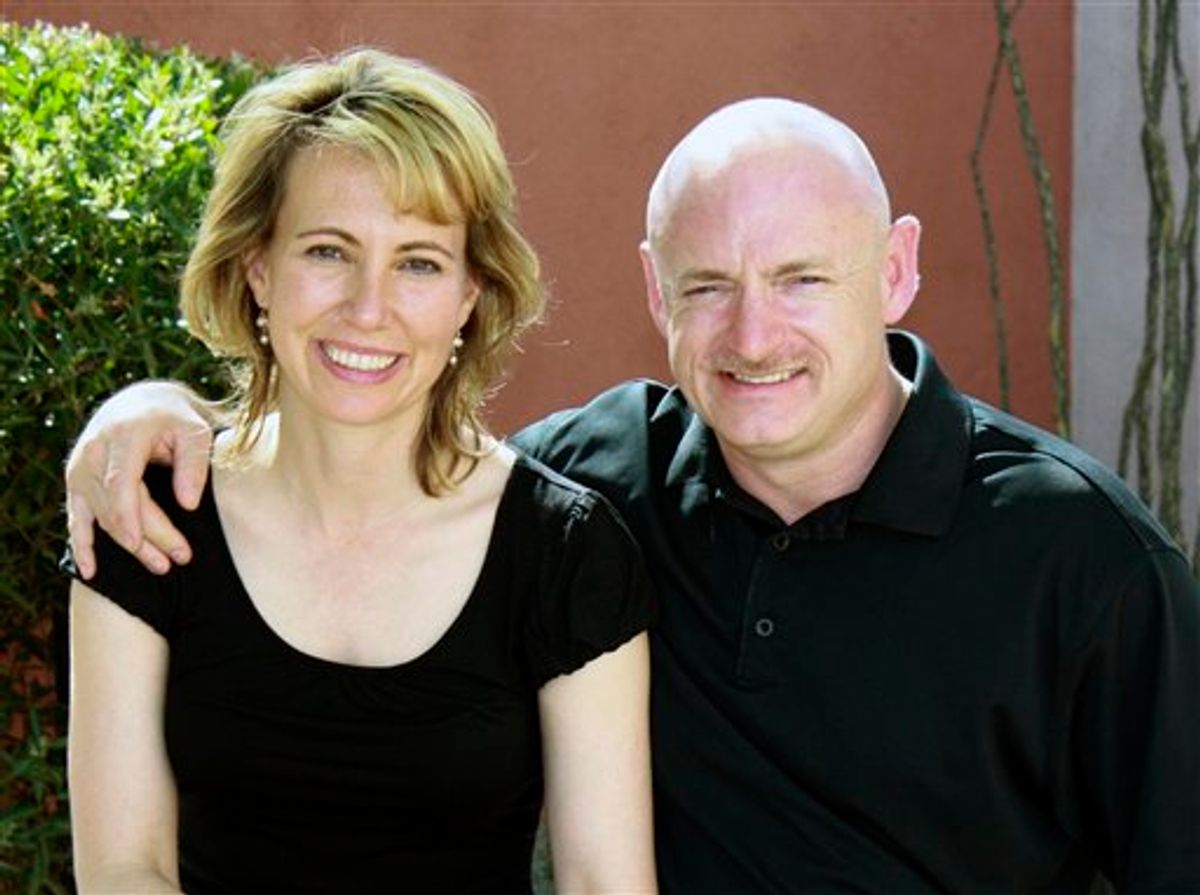 Doctors for Rep. Gabrielle Giffords say she is making "leaps and bounds" in her recovery from a gunshot wound to the head.

Doctors held a news conference in Houston where they provided an update on the congresswoman's progress. They say her memory and speech are improving, and she is walking with assistance. She also speaks in full sentences, such as "I'm tired and want to go to bed."

While her memory is improving, she does not recall the shooting that wounded her and 12 others and killed six people.

Dr. Dong Kim says doctors still want her to improve enough to attend her husband's space shuttle launch, but it's too early to tell. He says they expect to reattach her skull at some point in May. She now wears a helmet that covers her head.