If not a no-fly zone, then what? 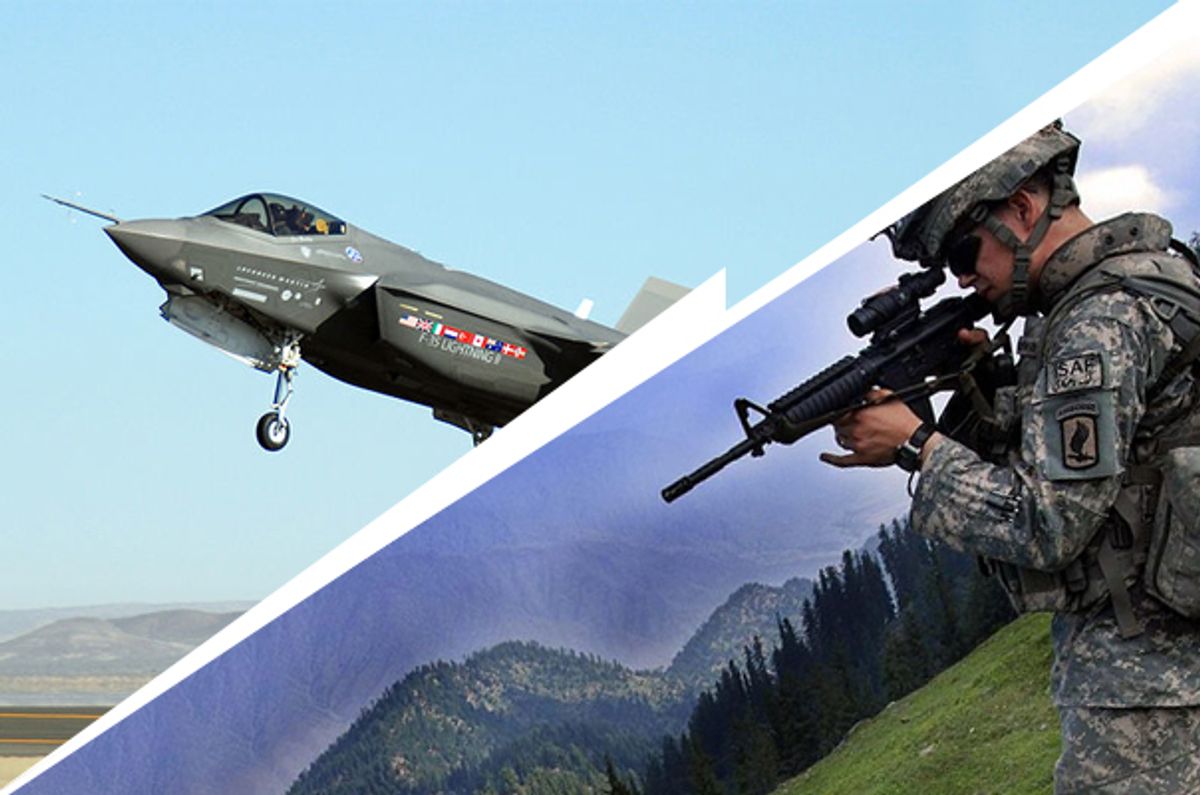 Today, NATO and EU leaders met in Brussels to deliberate over viable options for intervention in Libya.

The most discussed strategy involves declaring and enforcing a no-fly zone in an effort to destroy Libya's anti-aircraft defenses. But no-fly zones are more complicated than they seem, both logistically and politically. Some warn that imposing one would be tantamount to an act of war and might draw the United States into a prolonged military engagement. Thus, the NATO allies refused to sign off on one for Libya.

So what now? Here are a few of the more compelling options now being circulated:


1. Create a no-fly zone without bombing

British Defense Secretary Liam Fox said this morning that a no-fly zone could be established without bombing Libya. Simply patrolling the skies and responding only to hostile attacks on NATO/U.N. coalition forces would provide a check on Libyan forces and potentially prevent further bombings of rebel forces, Fox argues.

PROS: Cutting out the initial bombing of anti-aircraft guns (usually the first step in imposing a no-fly zone) means less risk of both civilian and coalition casualties. The implied presence of NATO on the U.N. would also bolster the rebel forces while intimidating the Gadhafi loyalists.

CONS: Fox suggests warning Libyan forces that "if your air defense radar locks on to any of our aircraft, we regard that as a hostile act and take subsequent action." The potential for a full-on firefight starting over a potential miscommunication seems plausible.

A number of experts have suggested enforcing a no-fly zone only over Gadhafi strongholds like Tripoli or key areas like oil installations. A K-Street defense think tank even proposed a menu of no-fly-zone options based on a sliding scale of involvement. In reality, it's very likely that any no-fly zone would be restricted, but there's much debate over how.

CONS: According to the above report, even the cheapest program would cost about $20 million per week. And like all proposals, this would still not guarantee Gadhafi's removal.

More than just a play on words, this strategy is exactly what it sounds like. Enforcing a no-drive zone would use aerial attacks to limit Gadhafi's army from using military vehicles -- from tanks and personnel carriers -- on the ground.

PROS: If successful, the no-drive zone would be much more effective at limiting the reach of Gadhafi's troops. Without the ability to move soldiers and heavy ammunitions freely, the Libyan army would likely wither.

CONS: It's next to impossible to successfully stop the movement of every Libyan military vehicle. A no-drive zone would require a much more aggressive military commitment from the coalition. Further, the risk of civilian casualties is high.


4. Supply and train the rebels

NATO or the United States could simply provide the rebels with weapons, training and even special forces on the ground.

PROS: Supporting the rebels without actually deploying troops would protect the coalition from culpability. Further trouble with the no-fly-zone plan, like access to runways and aircraft carriers, would be avoided.

CONS: Arming rebels is an unpredictable affair, as history has taught us, and supporting the anti-Gadhafi camp hardly means supporting the coalition's interest. The U.S. learned its lesson in pre-9/11 Afghanistan when supplying the anti-Soviet regime with munitions only to have those same guns fired back at American soldiers years later.