The president expressed concern over rising gas prices, and reiterated his call for an oil substitute 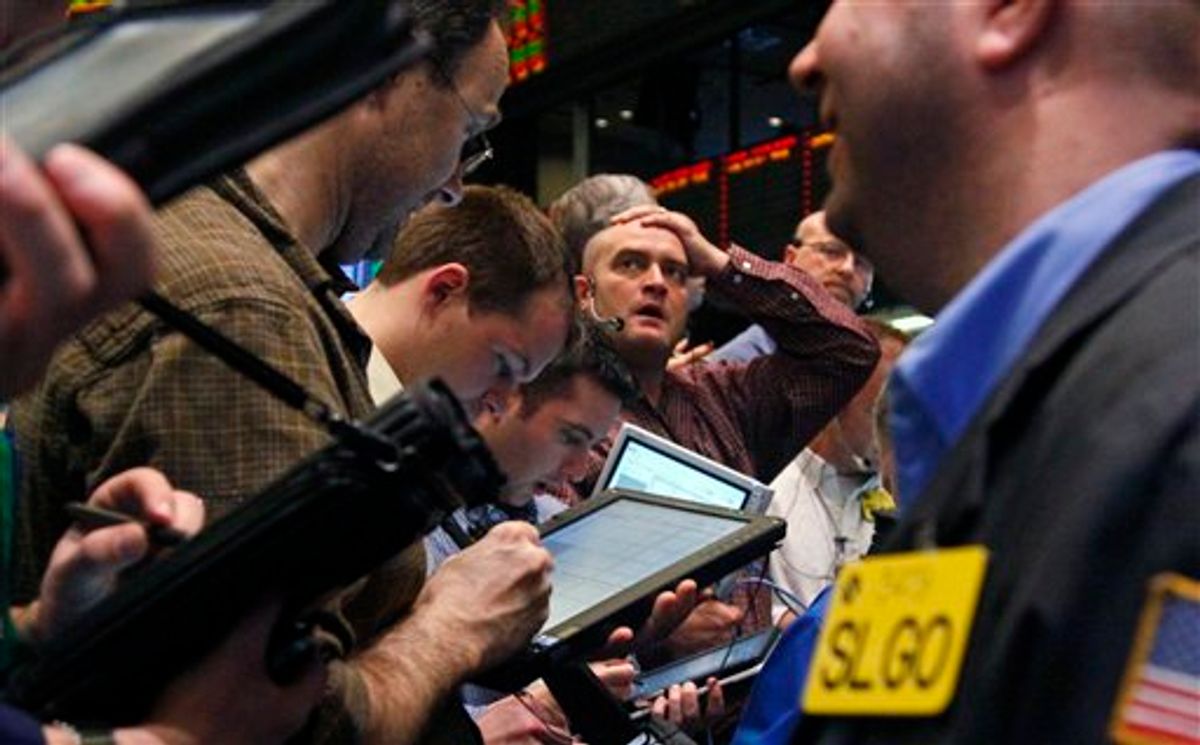 Traders of crude oil and natural gas react during early trading at the New York Mercantile Exchange on Friday, March 11, 2011. The economic fallout from a massive earthquake that struck off the east coast of Japan dipped oil below $100 for the first time this month. (AP Photo/Bebeto Matthews) (AP)
--

President Barack Obama said Friday he's prepared to tap the country's emergency oil reserve should the situation demand it. But as gas prices climbed toward $4 a gallon, the president said the U.S. must adopt a long-term strategy of conservation and domestic production to wean itself off foreign oil.

"We've been having this conversation for nearly four decades now. Every few years gas prices go up, politicians pull out the same political playbook, and nothing changes," Obama said at a White House news conference.

"I don't want to leave this to the next president," he said.

Some in Congress have been calling on Obama to tap into the Strategic Petroleum Reserve and the president made clear Friday that that was an option, although he indicated he wasn't yet prepared to exercise it. Gas prices in the U.S. now average $3.54 per gallon.

Oil prices have surged 24 percent since the middle of February as unrest in the Middle East rattled world markets, although prices slid Friday on the possibility of reduced demand because of the devastating tsunami that hit Japan.