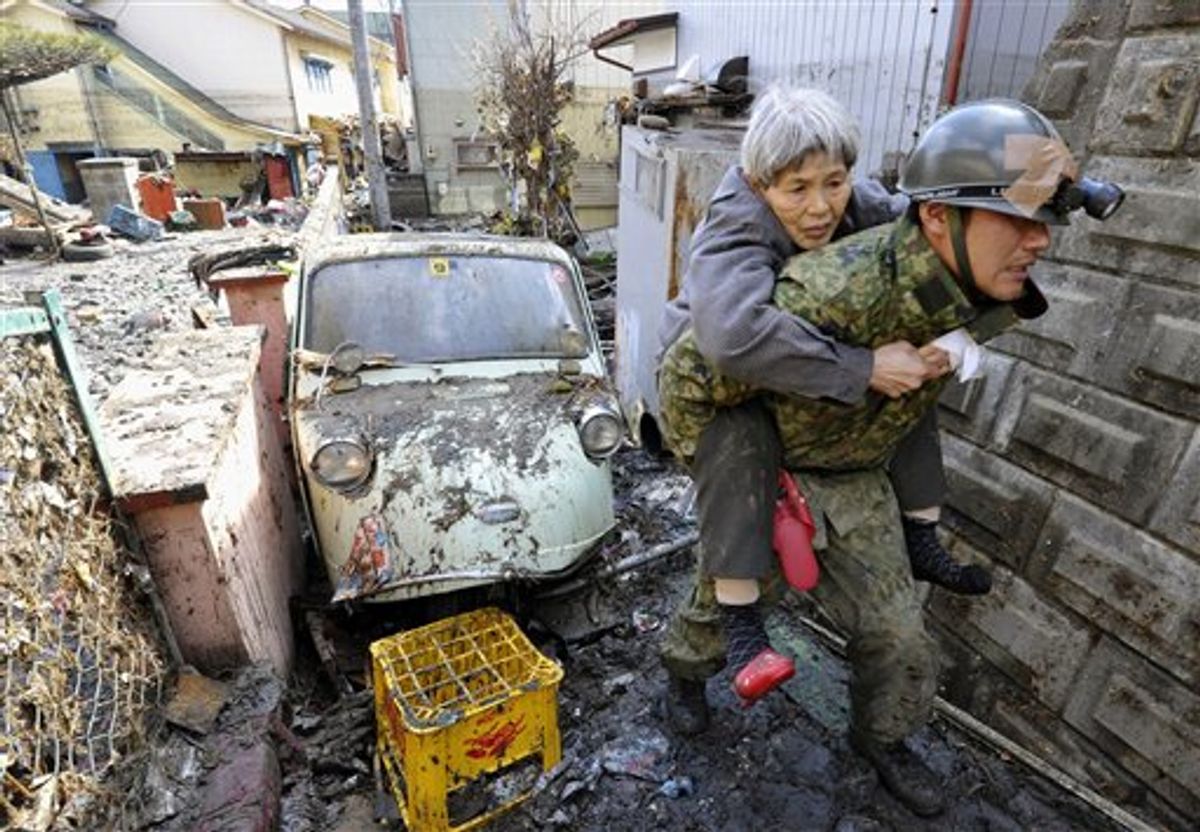 A man and woman seek information about the safety of relatives at an evacuation center at Rikuzentakada, northeastern Japan, on Saturday March 12, 2011, one day after a giant quake and tsunami struck the country's northeastern coast. (AP Photo/Kyodo News) MANDATORY CREDIT, NO LICENSING ALLOWED IN CHINA, HONG KONG, JAPAN, SOUTH KOREA AND FRANCE (AP)
--

An official says three people being evacuated from an area near a quake-damaged Japanese nuclear plant have been exposed to radiation.

The Fukushima prefectural disaster official confirmed their exposure but said they showed no signs of illness.

A blast Saturday at the nuclear plant blew off the walls and roof.

Yoshinori Baba says the three were in a group of evacuees who had waited in a school yard to be picked up by a helicopter.

Officials say the plant has released some radiation because of a cooling problem since Friday's massive quake. They say residents are being evacuated from a 12-mile (20-kilometer) radius as a precaution.